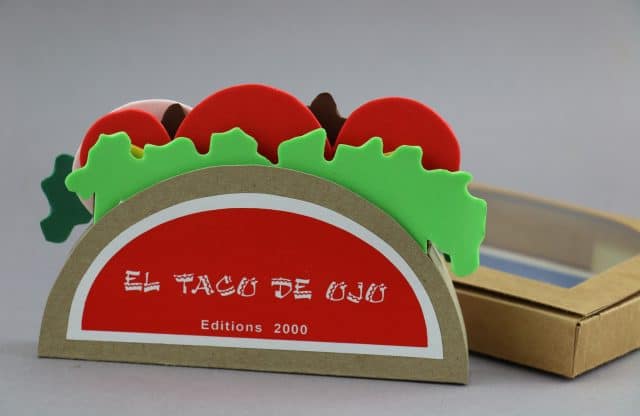 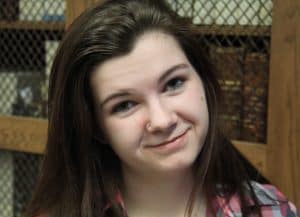 I was hired at Special Collections to shelve things. Books, boxes and everything in-between. As time went on, I began putting away newly acquired books as well as gathering the material for classroom use.

There are so many books and material passing through my hands each shift I complete, and each book or item is unique. Some test the true definition of what a book should be, or what our image of a book is. So, in no particular order, here are my ten favorite books I have found in the stacks:

This is a Latin version of A.A. Milne’s Winnie the Pooh. This silly old bear is still a favorite of mine, and I love that it is so popular that it even comes in a dead language. The cover also depicts Pooh and Piglet wearing Roman battle gear.

This is one of our many miniature books, but it is one of my favorites because it is a mini-book with little paper samples in it. That’s it.

I really enjoy this artist book because it makes you consider what a book to be. This is literally a martini glass with an olive in the bottom. The only words are on the box it is encased in, saying: “Place ice in a shaker, fill as needed with gin. Observe a moment of silence for the vermouth. Strain into a martini glass. Add olives and serve. Instructions may be repeated.”

Shakespeare is one of my favorite authors to study, so it’s only fitting to put him in my list. This book I listed is actually all of his plays, but they’re mini!!! And they come with their own rotating bookshelf! I love everything about this set, including the floral end-paper.

This one is from our Maps Collection. We have so many different maps, but this one stuck out to me because it’s the United States seen from the perspective of Canada.

This was one of the first books I came across while working here, and it has stuck with me during my two years here. It isn’t the book that is the wow factor, but the box that holds the book. It is simply beautiful. The detail included on it and the way you can feel the water moving makes it a special piece.

I had to group all four of these together because it is just too hard to pick one. If you do pick one, then you pick your favorite season. I don’t like these books for the words or the cover, but for the image that is hidden on the spine.  When you fold the pages of the book a certain way, an image is presented to you. That image is a season; four books for four seasons.

I couldn’t tell you exactly why I like this book so much, or why it made it to the list instead of other books. I mean, it’s literally a book in the shape of a taco. And who doesn’t love tacos?

Now, this is an interesting piece because it also comes from our Maps Collection, but it isn’t a map of a place you can visit physically. This book contains different maps of famous literary tales, including the short story “The Lottery” and The Odyssey.

These are simply beautiful. They have illustrations of different flowers in it and its gorgeous. It makes me wish I had the talent to do something like that. And all of the volumes are created that way. 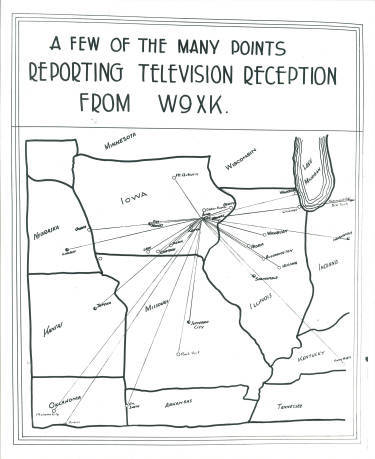 10. The Birthplace of Prime-time TV.

Sure, Westinghouse, General Electric, AT&T and other labs were testing television in the 1930s, but from 1933 to 1938, the State University of Iowa was broadcasting regularly-scheduled TV programs, the first in the nation to do so. Experimental station W9XK featured lectures, instruction, and musical and dramatic performances two or three evenings each week. Viewers from as far as Oklahoma and Indiana reported receiving the signal.
9. Nile Kinnick.
By all accounts, an outstanding athlete, gentleman, and scholar. The 1939 Heisman Trophy recipient. A consensus All-American. Phi Beta Kappa. Humanitarian. Kinnick died during a flight training mission while serving as an aviator in the U.S. Navy during World War II.
8. Master of Fine Arts Degrees Were Conferred Here First.

The UI was the first university in the nation to accept creative works in lieu of theses as requirements for advanced degrees in the arts, beginning in the 1920s. In 1940, it was the first in the nation to confer the MFA. Recipients of the newly-minted degree that year were Elizabeth Catlett, Jewel Peterson, and

Harry Edward Stinson. Catlett, a sculptor, was also the first African-American woman to receive the MFA.

7. A Space Exploration Hub.
James Van Allen advanced U.S. space research using satellites beginning in 1958, but did you know that Donald Gurnett of the Department of Physics and Astronomy is likely the only person on the planet to oversee space missions exploring the extremes of our solar system? Helios 1 and 2, which launched in 1976, explored the sun’s characteristics up close, while Voyager 1, which launched in1977, reached interstellar spaced in 2012- the first human-made object to do so.

In 1970, the university recognized Gay Liberation Front (today, Spectrum) as an official student organization, the first in the nation. A generation later, in 1993, the UI extended spousal benefits to same-sex partners. It was another first among U.S. public universities.
5. The UI Stanley Museum of Art.
To paraphrase UI President Willard “Sandy” Boyd sometime in the 1970s, “Our football team is struggling but we have the best art museum in the Big Ten.” It’s still true today: Over 14,000 objects reflect broad and deep collections from diverse cultures and time periods. Jackson Pollock’s Mural will return to its permanent home for display after the new museum opens on campus adjacent to the Main Library.
4. The Afro-American Cultural Center, Leading the Way for Other Centers.
This year the Afro House celebrates 50 years as a space for African-American students to socialize, mutually support, and grow. Other centers on campus have followed, including those serving Latinx, Native American, Asian, LGBTQ, and other communities.
3. Those Rolaids Guys.
They invented not only Rolaids, but also Bufferin. William D. “Shorty” Paul, M.D., and Joseph Routh, Ph.D., were UI faculty members whose collaboration resulted in the two remedies found in many homes and workplaces today. Dr. Paul was the Hawkeyes’ team physician for over 30 years, beginning in 1939, and tried finding ways to provide safe, immediate relief to injured players. Working with Routh, they devised a formula to “buffer” the effect of aspirin without taking away its strength. Voila!

2. The Iowa Writers’ Workshop and UNESCO City of Literature.

Wilber Schramm established Iowa’s creative writing program in 1936, with Paul Engle to follow as its director from 1941 to 1965. Under their tenure, the Workshop became internationally recognized as a locus of poetry, fiction, and non-fiction. To date, Workshop faculty and graduates have won 29 Pulitzer Prizes.*
And finally,
1. The Wave.
It’s been in practice for only a year, but ESPN and other sports sources already call it the best tradition in college football today: The Wave. At Iowa home football games, the crowd- visitors as well as Hawkeye fans- turn east to the UIHC Stead Family Children’s Hospital across the street and wave en masse at the young patients looking on. Need we say more?
Runners up include: Dance Marathon, Soapbox Soundoff in the IMU during the 1960s, Grant Wood, and the power plant whistle.
**Images all from F.W. Kent Collection (RG 30.0001.001), University Archives