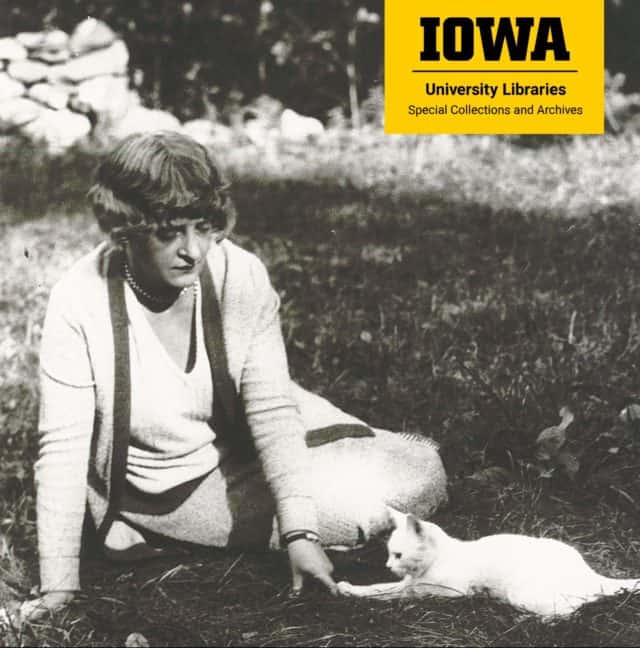 A new exhibit bound to make you feel warm and fuzzy is up in the Special Collections & Archives reading room.

Curated by lead outreach and instruction librarian Elizabeth Riordan and academic outreach coordinator Kathryn Reuter, the exhibit A Tale of Tails: Pets in the Archives explores the pets found in Special Collections & Archives, expanding on how the notion of the “pet” continues to grow and morph with the changing years while recognizing some of the aspects of pet ownership that remain constant.

When Riordan returned to working in person at the library, it was hard not to notice the pets that seemed to be everywhere in the collections. Whether featured in family photos, on the margins of an image, or companions in a story, pets were there. While these animal companions were nothing new to the collections, recent events and personal experiences put these archived pets in a whole new light.

As Riordan and Reuter write in their curator statement:

“Despite some of the reports saying many people returned those animals they adopted once the pandemic started to slow down, it should be noted that an overwhelming majority chose to keep their pets. They join the billions of humans across time and space who see pet keeping as an extraordinary yet common human experience. “

The curators hope that those who visit the exhibit see some of their own pet history in the stories on display and reflect on our bond with animals we choose to bring into our homes and lives.

To get to know the exhibit, Riordan and Reuter have selected 10 items from the exhibit that they are particularly fond of: 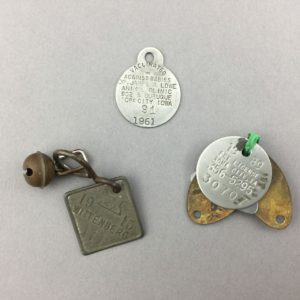 Licensing a pet is one of the more concrete ways humans assert official ownership over an animal. Dog tags also demonstrate the potential dangers of living with animals – as dogs must be vaccinated against rabies before receiving a license. The oldest dog tag displayed in the exhibit is from 1915, it was the license of a dachshund that belonged to Ruth Salzmann Becker’s cousin. 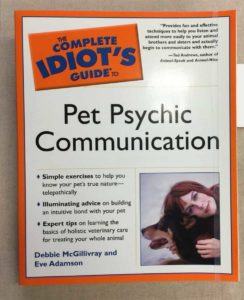 If you’ve ever wished you could tell your pet just how much you love them- or, if you’ve ever really needed your pet to get on board with the house rules – this book is for you! 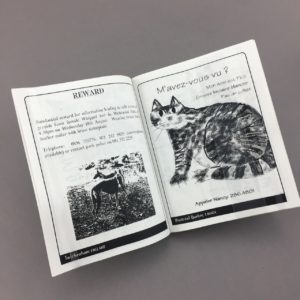 This zine is a compilation of Lost Pet posters readers photographed and sent in from around the globe. We hope that many of the posters resulted in reunions between pet and owner.

In the Wizard of Oz, most animals in the land of Oz have the ability to speak. For the first four books of the Oz series, Toto, unlike the other animals, does not have the gift of speech. In the eighth book, Toto reveals that while he is able to talk, he simply chooses not to.

5. This is the Story of Little Cat

The illustrations in this picture book are all so sweet, it was difficult to choose just one page to display for the exhibit. 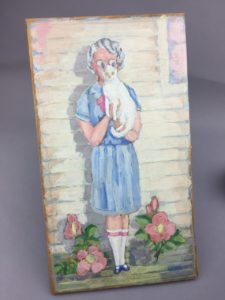 6. Portrait of Ruth and cat from Ruth Suckow Papers, MsC0706

Ruth Suckow’s papers include a whole photo album dedicated to her cats. But it is this painting done by Ruth’s husband Ferner Nuhn that really demands attention. An older Ruth, somehow still exhibiting a youthful aura due to her clothes, holds up a white cat, obscuring much of her face. The relationship of the woman and her cat comes strongly across to viewers.

Honestly, this isn’t even in Special Collections, it’s an image from Stanley Museum of Art. And even though we just have a picture of it for this exhibit (you’ll have to go next door to the Museum to see the real thing), we can’t help but smile ourselves when we see it. 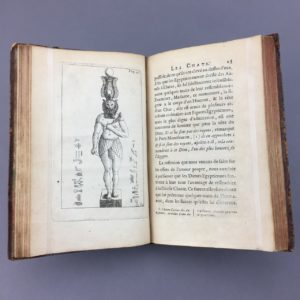 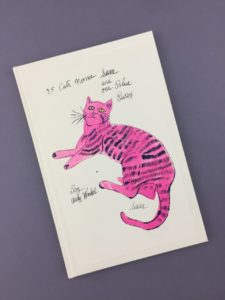 We have two books from Andy Warhol about his cats. Warhol is famous for having several cats at once, all named Sam. The exhibit features his 25 Cats named Sam and One Blue Pussy and a book he did with his mother Julia called Holy Cats by Andy Warhol’s Mother. 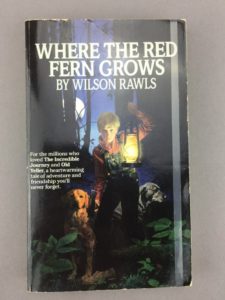 10. Where the Red Fern Grows

This was put in there purely for sentimental reasons. As a child, this book was read aloud in class, and memories of crying as we reached the end of the story are still vivid in the mind. It is a devastating tale, but that sorrow was because Wilson Rawls painted such a real relationship between a boy and his dogs. Those who have experienced the loss of a beloved pet probably still will cry ugly tears over this book.

Perhaps the best part of the exhibit, however, is the growing wall of library staff pet photos. This part of the exhibit has already caught the eye of several students and patrons passing our doors. It is a testament to the power of pets when you see strangers smiling at pictures of your own pets. 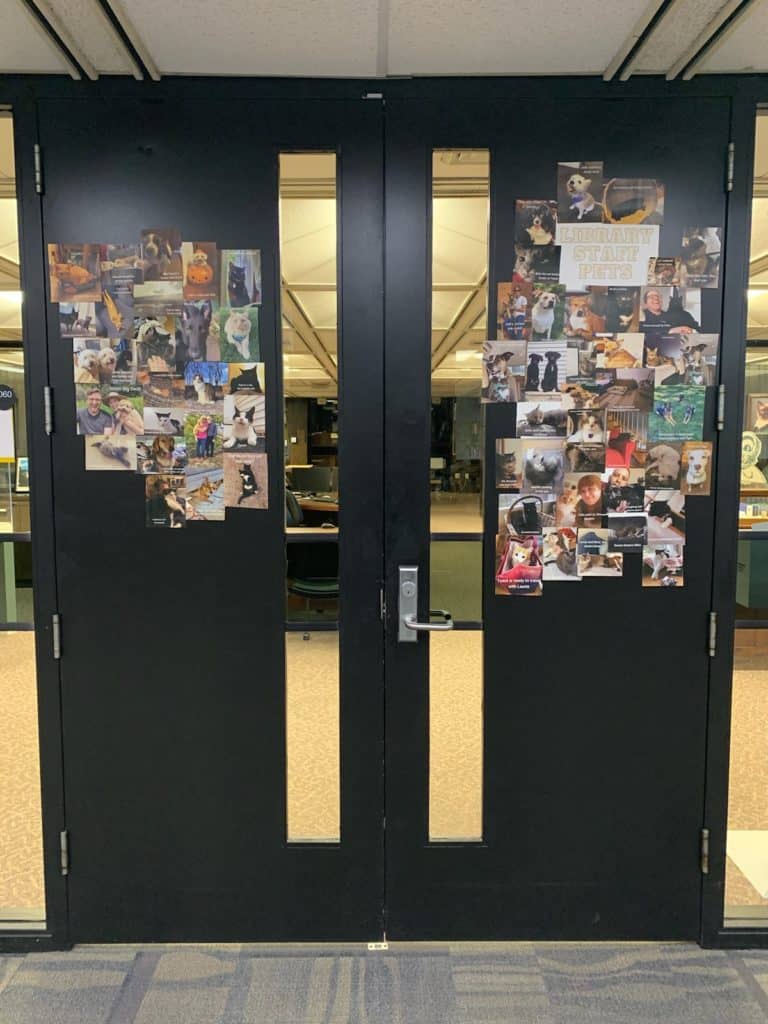