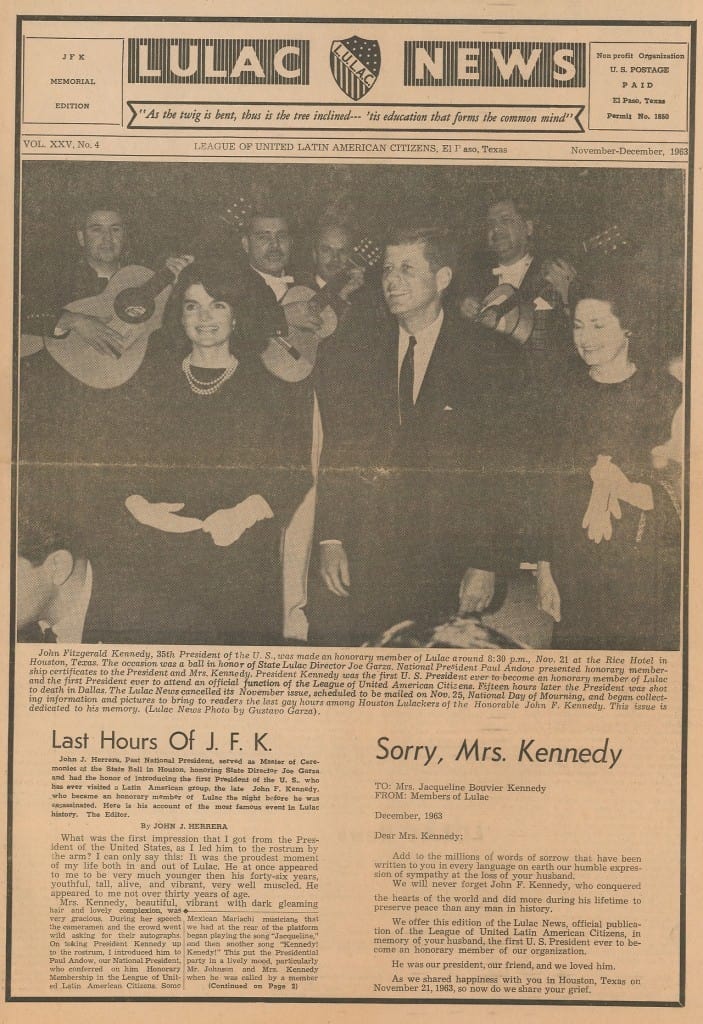 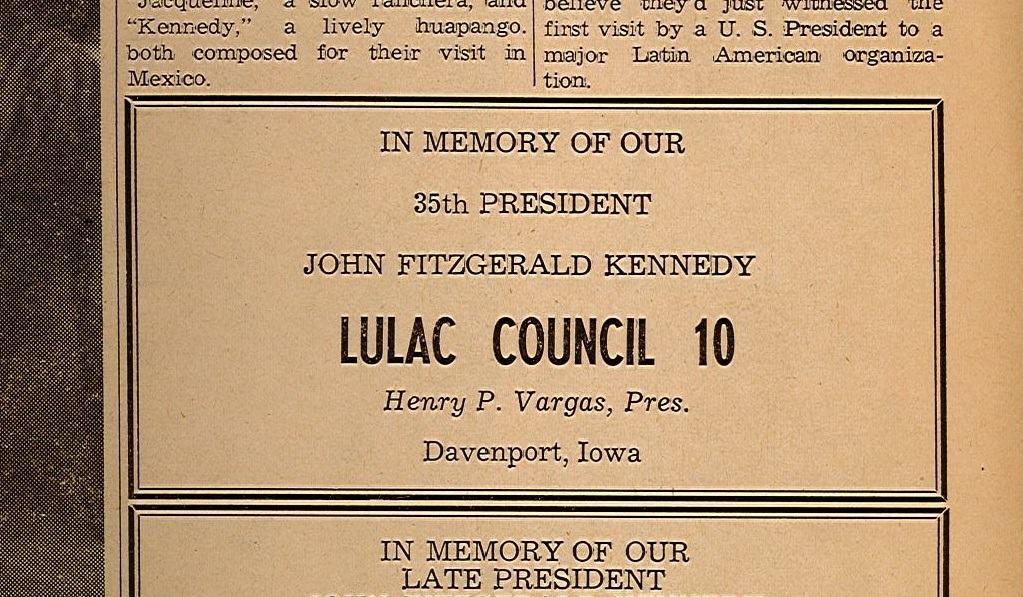 This JFK Memorial Edition of the League of United Latin American Citizens (LULAC) National Newsletter is preserved in the records of LULAC Council 10 in the Iowa Women’s Archives. It commemorates President Kennedy and Mrs. Kennedy’s attendance at the LULAC banquet in Houston on November 21, 1963. Jacqueline Kennedy addressed the audience in Spanish on this first visit of any U.S. president to a national Latino organization.

LULAC Council 10 was one of several councils to pay tribute to the late president in this newsletter. Members of LULAC from across the country expressed their condolences in this letter:

TO: Mrs. Jacqueline Bouvier Kennedy FROM: Members of Lulac

Add to the millions of words of sorrow that have been written to you in every language on earth our humble expression of sympathy at the loss of your husband.

We will never forget John F. Kennedy, who conquered the hearts of the world and did more during his lifetime to preserve peace than any man in history.

We offer this edition of the Lulac News, official publication of the League of United Latin American Citizens, in memory of your husband, the first U.S. President ever to become an honorary member of our organization.

He was our president, our friend, and we loved him. As we shared happiness with you in Houston, Texas on November 21, 1963, so now we share your grief.