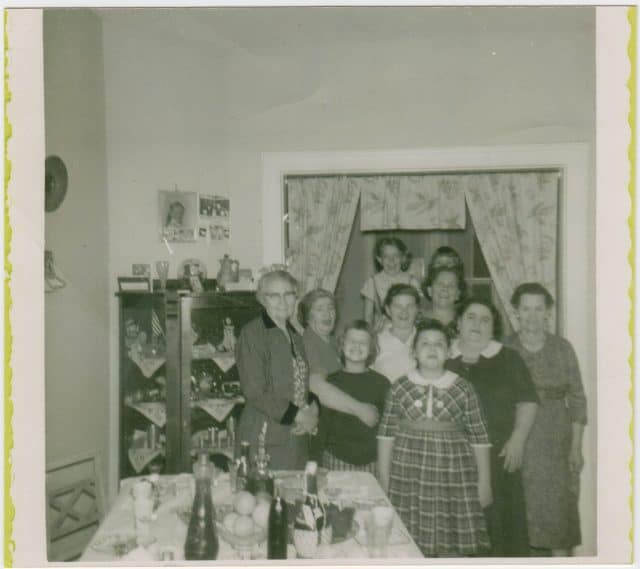 What makes this night different from all other nights? That’s a good question, and one that has been asked by generations of children celebrating the Passover or Pesah, the Festival of Spring. According to the Reuben family’s 1958 copy of The Jewish Home Beautiful, “Pesah tells of the rebirth of a nation, the redemption from slavery to freedom, the restoration to the disinherited among men of their God-given rights to life and liberty. […] Pesah is so called because of the Biblical account regarding the angel of Death who passed over the homes of the Israelites” (28).

“My Mother, Lillian Reuben, usually hosted our extended Iowa family for seders in Forest City. . . With my Dad and two sisters, Marlene and Joanie, we fit 16 people around tables that filled the entire living room. Then add Jenny and Meier Friedman, the only other Jews in our small “Norwegian” city. It was a challenge for my Mother to cook the traditional foods as Forest City had no stores that carried Passover foods. The matzo, matzo meal and other foods were brought from the Kropman grocery store in Mason City. . .some 30 miles away. Grandma came from Mason City to help Mother make gefilte fish from scratch, clean and roast the chickens, make the haroses, simmer the chicken soup band matzo balls and produce the rest of the traditional dishes. Years later my cousin Elinor (Elly) remembers these seders as an important foundation for our Jewish family.”

Reuben’s account of the Passover seder is not so unusual for residents of Iowa in the 1950’s. To this day, Jewish communities still make up a relatively small percentage of the overall Iowa population, but this has not deterred the traditional celebrations from taking place with ample amounts of attention and preparation. Throughout Iowa history, Jewish women have played important roles in community and family life, maintaining cultural and religious traditions, working in businesses and on farms, and participating in civic life. The documents and images included here were gathered from 2014-2017 as part of the Jewish Women in Iowa project at the Iowa Women’s Archives. 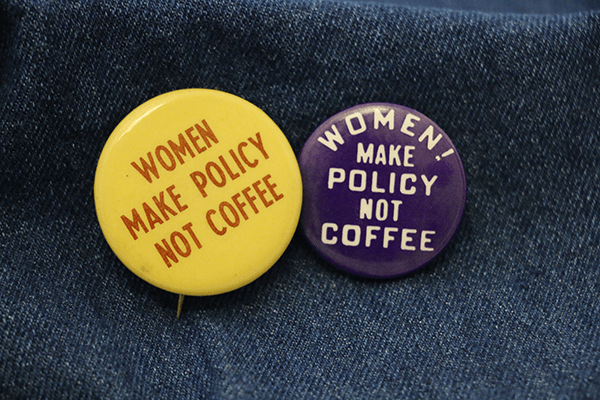