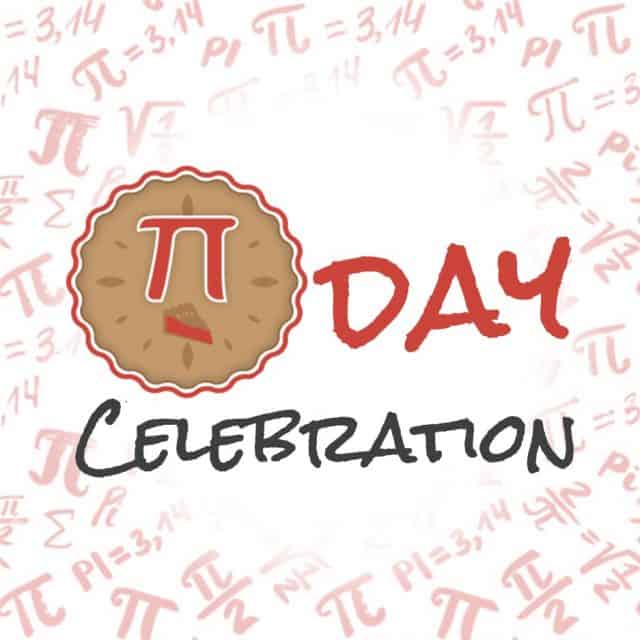 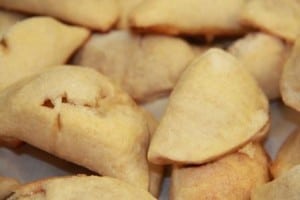 Pi Day is actually celebrated on March 14, typically around 3:14 am or pm.
But since that is the beginning of Spring Break – we are celebrating early!

We will have FREE apple pie bites in the Seamans Center Student Commons! But only while supplies last! And, if you’ve been here in previous years, you’ll know they go fast! So, stop by and grab a bite – got a Pi Day shirt – wear it!! We’d love to take your picture!

Beginning geometry students might remember finding the area of a circle – pi x radius squared…. But, what is Pi (π) and why does it rate its very own day?

Pi is one of the most famous and mysterious of numbers. Defined as the ratio of the circumference of a circle to it’s diameter, Pi seems simple. However, it is an irrational number. An irrational number cannot be expressed exactly as a fraction and the decimal representation therefore never ends, nor does it ever settle into a permanent repeating pattern. Scientists have calculated billions of digits of Pi, starting with 3.14159265358979323…. with no end in sight. It could be calculated to infinity and there would be absolutely no way to know which number would come next.

Pi is used all around us every day – Christian Constanda, the University of Tulsa’s C.S. Oliphant professor of mathematical sciences, says, “Look at a football: when you compute the volume, then Pi gets involved in the formula.” Constanda also said, “If you drive through a puddle, creating a wave with the car, that involves Pi. If you see a tornado, that definitely involves Pi.”

Think you’d like to see how many digits of pi you can learn? Check out this song and sing along! 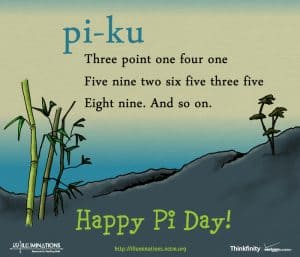 Free Apple Pie Bites! It would be irrational to miss free pie bites! So, be here, or be square!
Seamans Center Student Commons
1:00 PM to 3:00 PM