The College of Engineering celebrates E-Week in conjunction with National Engineers Week, February 16 – 22, 2014. During E-Week, a variety of student-organized activities help celebrate and recognize engineers and their contributions to society.

However, did you know that the College of Engineering founded a similar event more than 100 years ago? On March 17, 1910, the Associated Students of Applied Sciences organized a parade and a vaudeville show to honor St. Patrick, the patron saint and founder of engineering. Three years later, the event was renamed MECCA. The letters represented the five divisions of engineering (Mechanical, Electrical, Civil, Chemical, and Architectural) and spelled a word which denotes a place to which pilgrimages are made. For sixty years, MECCA Day was a lively annual homecoming for The College of Engineering students and alumni.

The Blarney Stone was the symbol of MECCA. The graduating class would hide a greenish colored rock, no larger than a baseball, for the underclassmen to find. Elaborate, mathematical calculations provided clues for locating the stone. In 1912, the Blarney Stone was hidden as usual but the directions were missing. Twenty-eight years later, the stone was recovered when the instructions were found. 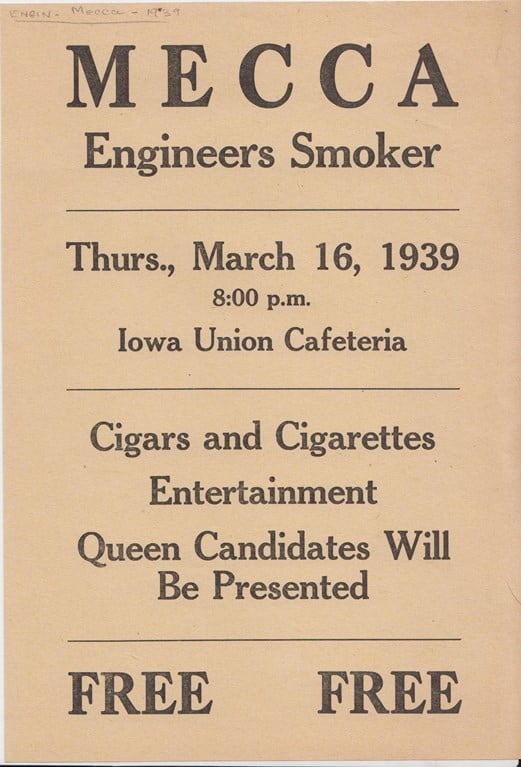