MECCA Week was a tradition at the University of Iowa College of Engineering for many years.  This celebration took place around St. Patrick’s Day, due to St. Patrick being the patron saint of engineers.   One popular event was the search for the Blarney Stone. It is named for the Blarney Stone in Ireland which, when kissed by leaning backward from a parapet in Blarney Castle, is said to give the “gift of eloquence.” 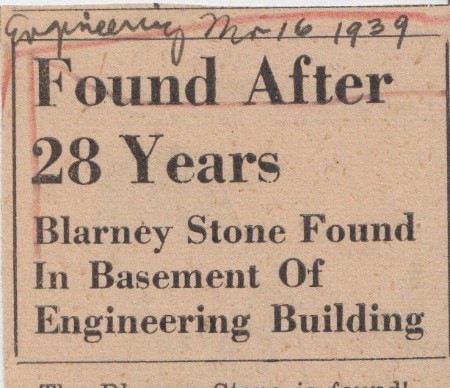 Can you solve these problems to find the stone? How about the one written in German? 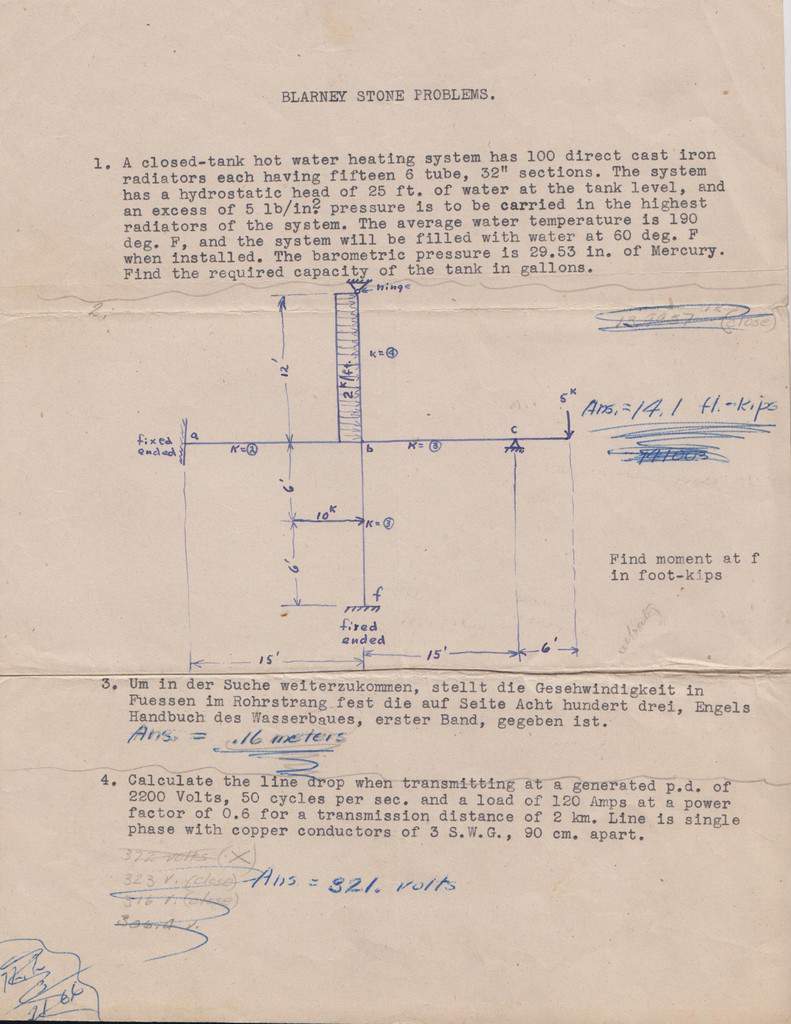 Here are some articles written in the Daily Iowa about the search for the Blarney Stone: 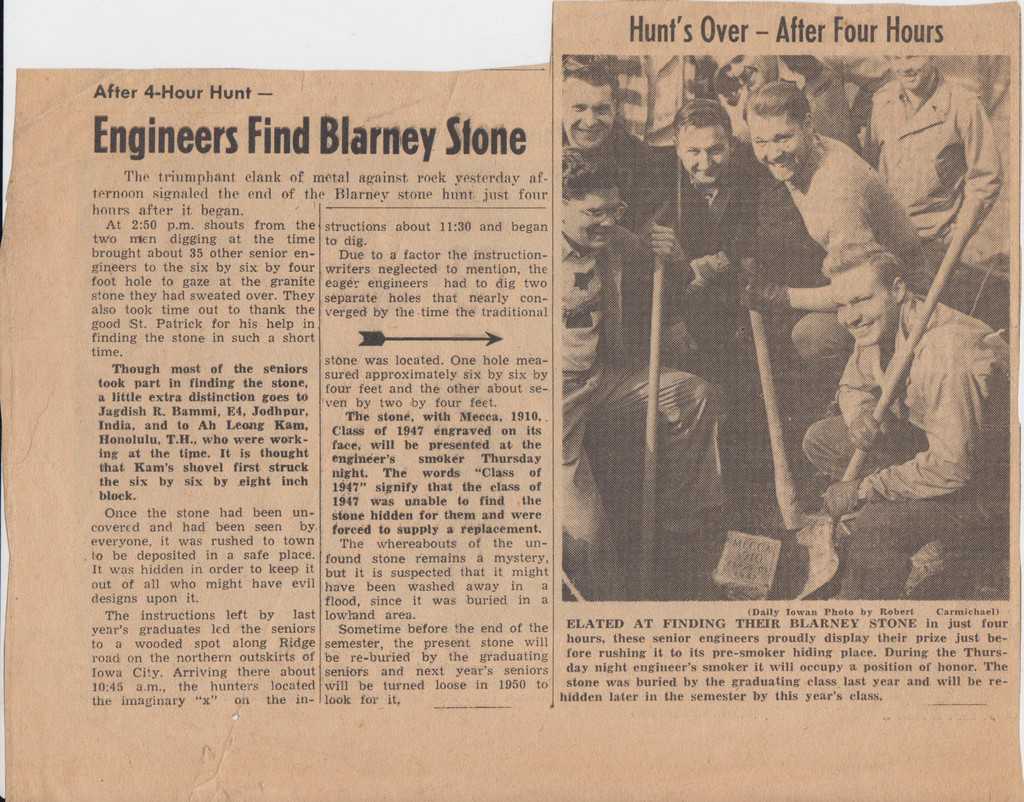 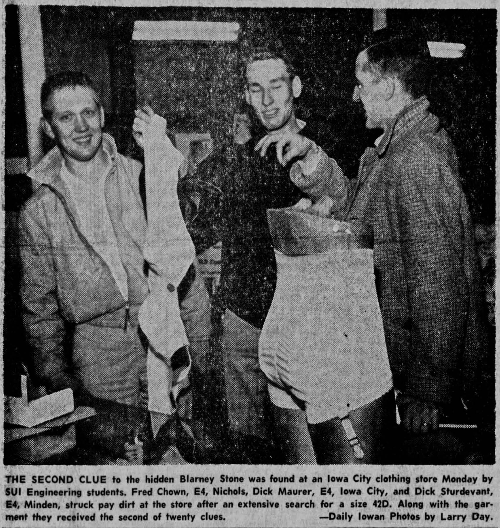