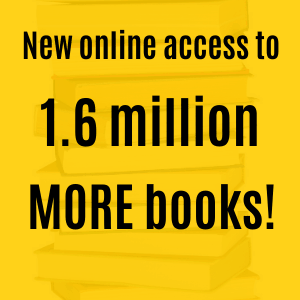 Effective immediately and until normal access to physical collections resumes, students, faculty, and staff at the University of Iowa have online access to a large portion of the University Libraries’ print collection—volumes that would have been difficult to access from library facilities that are closed due to COVID-19.

Reading access to digitized copies of print volumes has been granted to the UI by HathiTrust, a not-for-profit, collaborative digital library that holds over 17 million volumes digitized from academic and research libraries. The UI Libraries, in collaboration with the Big Ten Academic Alliance, is a founding member of HathiTrust.

To take advantage of this resource:

HathiTrust has provided detailed instructions, including how to use the service on a phone or tablet.

For help with access to these and other digital resources at the UI Libraries, please contact us.

As emeritus faculty, I’ve spent my career researching and writing about politics. I published my first academic paper in 1974. Then as it is today, having your academic work cited is critical. But now the methods of scholarly publishing are very different. Academic publishers and academic libraries alike are faced with financial challenges of changing technologies and greater demand for information.

Over the course of my career I’ve authored or co-authored more than 200 articles and books in comparative elections, election forecasting, political economy and quantitative methodology. I can’t hazard a guess as to how many students, researchers and others have read my ideas in the past 40 years.

Then three years ago, 24 of my articles and book chapters were uploaded into Iowa Research Online (http://ir.uiowa.edu). Now each month, I receive notification of how many times an article has been downloaded. It’s exciting to see those numbers grow. But what might be even more exhilarating is the fact that my work will be available to students and researchers in perpetuity.

The University of Iowa Libraries joins thousands of other academic research libraries worldwide in celebration of International Open Access Week. To draw attention to this important issue facing faculty, students and librarians, we’re turning our website orange in recognition of open access.

“Open Access” to information – the free, immediate, online access to the results of scholarly research, and the right to use and re-use those results as you need – has the power to transform the way research and scientific inquiry are conducted. It has direct and widespread implications for academia, medicine, science, industry, and for society as a whole.

OA Week creates an opportunity for the academic and research community to continue to learn about the potential benefits of open access, to share what they’ve learned with colleagues, and to help inspire wider participation in helping to make Open Access a new norm in scholarship and research.

To participate in OA week, do one or more of the following:

University of Iowa alumna Mildred Wirt Benson — journalist, pilot, amateur archaeologist, ghost writer, and the original author of the Nancy Drew mystery series — was born on this day in 1905. To mark the anniversary, we’re featuring a gallery of her book covers, from the iconic to the unintentionally terrifying, on our Iowa Digital Library Pinterest account. View even more digitized artifacts at the Mildred Wirt Benson Digital Collection.

With almost 13,000 pages completed, our crowdsourcing volunteers are wrapping up their efforts to transcribe the UI’s collection of Civil War diaries and letters in order to make them easier to search and browse. But it turns out that that finish line is a moving target, since publicity from the project has attracted new Civil War donations to the Libraries. This week we added a handful of these recent acquisitions — totaling over 1,000 newly digitized pages ready for transcription — to the digital collection: Turner S. Bailey diaries, 1861-1863; Philip H. Conard diary, 1864-1865; and Wilkerson letters, 1863-1865.

In a Cedar Rapids Gazette article last fall, donor Pamela Lee attributed the choice to house her family papers at the UI to the crowdsourcing effort, describing it as “my Christmas list of everything that I thought should be done with the letters.” Read more, or just jump in and start transcribing, at the links below.

Letter after letter, week after week, Sarahett Wilkerson pleaded with her husband.

“I wish you could come home,” she wrote to Jesse Wilkerson, who was drafted in November 1864 to serve with the 13th Iowa Infantry in the Civil War.

After five months alone on the couple’s farm in Hamburg and three months caring for a new baby, Sarahett Wilkerson on April 2, 1865, penned another desperate behest of her husband.

“The baby is three months old day before yesturday,” she wrote, her spelling off on some words. “I want you to send her a name.”

In the letter, among 29 that Wilkerson’s descendants recently donated to the University of Iowa Libraries cataloging Jesse Skinner Wilkerson’s Civil War experience, his wife updates the 33-year-old soldier on their children and how much they miss him…

Pamela Lee, 60, of Pullman, Wash., is the great-great-great granddaughter of Jesse Wilkerson and said her family gave the documents to the UI as a way of preserving the material and making it relevant…

“We are so happy that the letters are back in Iowa,” Lee said. “It’s exactly where they should be.”

View the full article at thegazette.com

Join Nixon, Brownie Scouts, and the Women’s Army Corps at the Iowa Digital Library beach party, happening over at our Pinterest account:

The Figge Art Museum and the University of Iowa Libraries are pleased to announce the release of the Grant Wood Digital Collection, http://digital.lib.uiowa.edu/grantwood, in conjunction with the Grant Wood Biennial Symposium 2012, April 13-14, 2012.

For the first time, scholars, students and the general public will have unprecedented virtual access to the scrapbook materials.  Due to their fragility, access to the actual scrapbooks is simply impossible.

“Nan Wood Graham is one of the most famous faces in the history of art, immortalized in Wood’s iconic painting American Gothic. The materials Graham compiled provide wonderful insight into Wood’s life in Iowa and his development as one of the most famous American artists of the 20th century,” says Figge Art Museum registrar Andrew Wallace.  “It is gratifying to know that, through this digital collection, people around world are able to learn about the life and times of Grant Wood through the words of close friends, family, and fellow artists.”

This digital collection project would not have been possible without the generous assistance of the Henry Luce Foundation American Art Renewal Fund and through additional funding for imaging equipment provided by an anonymous donor.

These materials, along with several hundred artifacts, including the artist’s wire-rimmed glasses, palettes, paint box, and easel, are part of the Figge Art Museum’s Grant Wood Archive. The Archive has provided primary source material for numerous articles, catalogs, and monographs for over 40 years, most recently by R. Tripp Evans for his award-winning 2010 biography Grant Wood: A Life.

It’s the Spring equinox, and the flowers are bringing us back to life, perennially a cause for celebration as the Iowa Digital Library illustrates.

In celebration of International Women’s Day, we’re featuring a few of the thousands of artifacts in our Iowa Women’s Archives Digital Collections: