Opening a bag of cranberries can take you right back to Thanksgiving with your loved ones and that traditional cranberry dish. But have you ever wondered about how cranberries became associated with holidays? Wondered how they are grown? Or thought about their health benefits?

The simple cranberry is one of the few fruits that is native to North America.  No one knows for sure how it became associated with the holidays, but it is believed it goes back to the Native Americans and the first Thanksgiving meals. Cranberries are generally harvested between Labor Day and Halloween and they store well, all of which makes them a perfect fruit for the holidays.

Native Americans also used the cranberry as a source of red dye for decorations, and also medicinally. Cranberries have an astringent tannis and therefore can help stop wounds from bleeding. Cranberries also have an antibiotic effect.

There are some species of cranberries that grow wild in Europe, but the cranberry most cultivated as a commercial crop is the one that is native to America. Cranberry cultivation began in 1840 in Massachusetts when Henry Hall noticed that the cranberries were most abundant where the ground was sandiest. From there the cultivation spread through Wisconsin, Washington, and Oregon. The cultivation of cranberries also spread to Scandinavia and Great Britain. Interestingly, they arrived in Holland as a result of a shipwreck of an American ship. The crates washed ashore on the small island of Terschelling and cranberries have been cultivated there ever since!

The cranberry is often considered a “super food,” due to their high nutrient and antioxidant content. And the fact that a half a cup of cranberries only has 25 calories! Cranberries have several important health benefits. They are known to help prevent Urinary Tract Infections (UTIs). There is evidence that the polyphenols in cranberries may reduce the risk of cardiovascular disease by preventing platelet build-up and anti-inflammatory mechanisms help reduce blood pressure.  It has also been shown that the humble cranberry may slow tumor progression and to have positive effects against prostate, liver, breast, ovarian and colon cancers. They are a great source of vitamin C, fiber, and vitamin E. They also contain vitamin K, manganese and naturally occurring plant chemicals that help protect the body from free radicals. A lot of health benefits for such a little berry!

And yes, the TV commercial is accurate – the farmers really do stand in the cranberry bogs in hip waders. However, cranberries don’t grow in water, they grow on long-running vines in sandy bogs and marshes.

The harvesting process is quite fascinating! In late September, when the berries ripen, the bogs are flooded with water and the berries want to float to the surface. Since they are still tethered by their long vines, the farmers take machines, sometimes called “Beaters,” into the bog. The Beaters create underwater turbulence which pulls the berries from the stem. Then farmers wade in and corral the freed berries into a corner of the bog.  A pump then sucks the berries out of the bog and transfers them to a truck. They are taken to a factory where they undergo several cleaning stations, including one in which workers use brooms and water jets to clear away remaining branches and leaves. 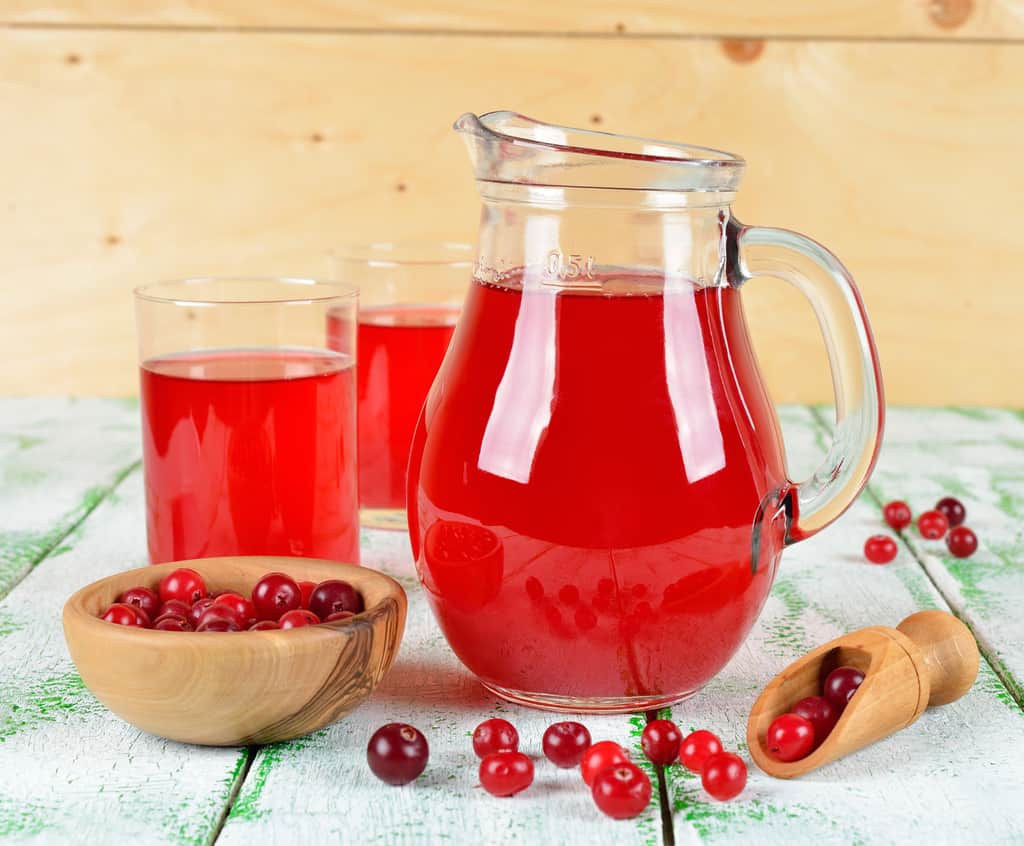 If the cranberries are destined to become juice, part of the process includes them moving through 216 filters which remove any plant particles and bacteria that are larger than a micron. A micron is about 25,000 times smaller than an inch… The presses can make almost 9 tons of puree at a time – that’s about the weight of 11/2 elephants…

Cranberries that don’t become juice go through a grading process which includes workers removing substandard berries – by hand.  A sorting machine then scans the berries for color and substandard berries are blown off the production line with an air gun. Those that make it through these tests go on to either be packaged or dried. Dried cranberries are cut in half, seeded, pressed and then soaked in a sugar and water solution before they are dried.

Now, when you gather for Thanksgiving, whether it be with friends or family, you can prepare a unique cranberry dish – one that may become a new tradition. You’ll also be able to share your new knowledge of the humble cranberry.

Even if you still have to sit at the kids’ table…