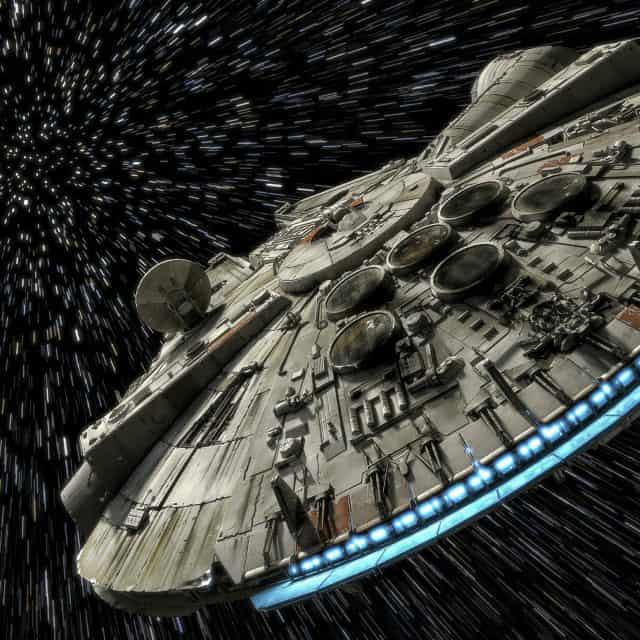 The next chapter in the Star Wars© franchise will be released at the end of this week. Have you ever wondered about physics in that galaxy far, far away?

How did Han Solo and the Millennium Falcon make the Kessel Run in under 12 parsecs, when a parsec is a unit of distance and not of time? Is it possible to build a podracer with our current technology? How about lightsabers – are they laser (i.e, light) or contained plasma? Could we possibly live in a cloud, like Cloud City on Bespin? And, in my mind at least, the ultimate question – is there actually a Force, a field what surrounds and penetrates all beings?

Author Patrick Johnson explores these and oh, so many more fascinating topics in The Physics of Star Wars. In sections ranging from Space, Planetary Science, Space Travel, Handheld Weaponry, Heavy Weaponry, the Force, Robotics, and other tech, Johnson provides a brief introduction, and then the backstory, before delving into the actual physics. He then progresses into “the physics of real life.”

Let’s look at the climates on various planets. For example, Hoth is an “ice planet.” The fact that Hoth is an ice planet is consistent with its distance from its star – that’s what we see in our own solar system. A big difference, however, is that Hoth has snow and frozen planets are generally made up of frozen nitrogen or methane, and not water. No water, no snow. Also, the temperatures would be so low that surviving in a tauntaun would be impossible…. Tatooine, on the other hand, is very hot and dry – consistent with having two suns. And that leads us to moisture farming. If an environment doesn’t provide easy access to water, organisms (in this case, humans) are inventive and find other ways to distribute the water necessary for life. Thus, moisture farming is developed on Tatooine. Luke Skywalker’s Uncle Owen’s moisture farm uses moisture vaporators. Basically, ambient air flows into the vaparator, the air comes into contact with a coiled pipe using some sort of coolant, which causes some of the moisture in the air to turn into water which is then collected and saved for later. Possible here on earth? Peru’s University of Engineering & Technology  has combined atmospheric water generation and advertising. Yes, advertising. They designed a billboard which pulls water from the air, filters it, then delivers it to a cistern. Moisture farming on earth? Possible and happening! 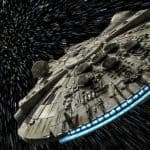 Now. The Millennium Falcon. How can it make the Kessel Run in under 12 parsecs when a parsec is a unit of distance? Johnson explains it using an ant analogy. Two ants are walking at the same pace and moving from point A to point B. In the direct path is an antlion (think sarlacc). Ant 1 walks the long way around the antlion for safety. Ant 2 walks a bit closer to the antlion. Ant 2 will have traveled to point B in fewer parsecs than ant 1. Now add in varying speeds (because what would a race be if everyone was traveling at the same rate of speed?). So ant 2 is not only braver (by walking closer to the antlion) but also faster than ant 1. Voilà! The Millennium Falcon has now made the Kessel run in fewer than 12 parsecs!

How can twins, Luke and Leia, be different ages? In A New Hope, Luke is described as being 20 years old, while Leia is supposedly 18 years of age. What about Jedi mind tricks? Or the fascinating robotics of R2-D2, C-3PO, or BB-8?

For answers to these, and many other, fascinating facets of the Star Wars universe, you’ll have to check out The Physics of Star Wars! I shall share no more physics spoilers! 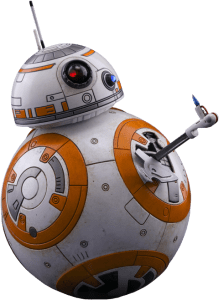 Guthrie, Julian. 2016. How to make a spaceship : a band of renegades, an epic race, and the birth of private space flight. New York : Penguin Press. Engineering Library TL795 .G88 2016