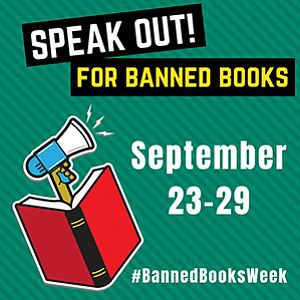 Banned Book Week – typically held the last week in September – was launched in 1982 – in order to bring attention to a surge of challenges that schools, bookstores and libraries were getting. The purpose of this week is to highlight the value of free and open access to information and the freedom to read. Banned Books Week brings the entire book community together – librarians, booksellers, publishers, journalists, teachers, and readers. 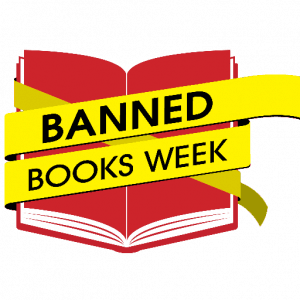 According to the ALA, books are usually challenged with good intentions – protecting others (usually children) from ideas and information which may be difficult. Over the years many different types of groups, and people, have challenged books. ALA has a list of the Top 10 Most Challenged Books. ALA believes that for every reported challenge, four or five go unreported. In 2016 there were 323 challenges recorded by the Office of Intellectual Freedom. Surveys indicate that between 82 and 97% of book challenges go unreported and receive no media coverage.

The good news is that in a majority of cases the books still remain available. This is due in part to the awareness that Banned Books Week brings to this issue!

New books are added to the challenged and banned lists every year – and some never make it off the list (Catcher in the Rye and To Kill a Mockingbird are two examples). Many of the banned books are novels, but a number of science books have also been challenged.

Many classic books have been banned. According to the Office for Intellectual Freedom, at least 46 of the Radcliffe Publishing Course Top 100 Novels of the 20th Century have been the target of ban attempts.  Click here to see which books these are and learn the reasons for which they are banned or challenged.

Here are a few of the many books related to Engineering and Science which have been banned at one time or another:

The 100 Most Frequently Challenged Books of 1990-2000 and Challenges by Initiator, Institution, Type and Year. 2018.  ALA. American Library Association.