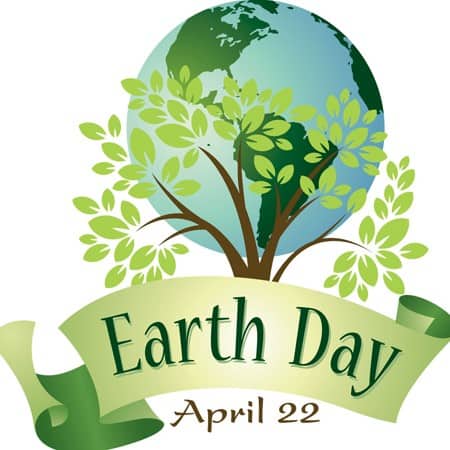 April 22nd marks the anniversary of the birth of the modern environmental movement  While the Viet Nam war raged, the last Beatles album was recorded and Simon & Garfunkel released  Bridge Over Troubled Water, Rachel Carson’s 1962 bestseller, Silent Spring, was raising awareness about environmental concerns and the links between pollution and public health. The idea for a national day to focus on the environment came to Earth Day founder Gaylord Nelson, then a U.S. Senator from Wisconsin, after he witnessed the ravages of the 1969 massive oil spill in Santa Barbara, California. Inspired by the student anti-war movement, he realized that if he could infuse that energy with an emerging public consciousness about air and water pollution, it would force environmental protection onto the national political agenda. That 1st Earth Day brought 20 million Americans to the streets, parks, and public spaces to demonstrate for a healthy, sustainable environment. “It was a gamble,” Gaylord recalled, “but it worked.” Earth Day is now the largest secular observance in the world, celebrated by more than a billion people every year!

Save Our Species is the focus of this year’s Earth Day/Month. From the Earth Day website: The unprecedented global destruction and rapid reduction of plant and wildlife populations are directly linked to causes driven by human activity: climate change, deforestation, habitat loss, trafficking and poaching, unsustainable agriculture, pollution and pesticides to name a few. The impacts are far reaching.

One of the species being spotlighted this year is Bees. Statistics show that within the last 10 years or so the bee population has declined dramatically. For example, “The yellow-banded bumble bee was the most abundant bumble bee in northern Wisconsin in the mid-1990s, then within ten years it made up less than 1% of the state’s bumble bee population. In Oregon, Franklin’s bumble bee has likely gone extinct during the same period.”  Causes of the decline can be traced to the widespread use of pesticides, loss of habitat and bio-diversity, pests, diseases, and climate change.

So, what happens if bee die out? Other than no longer worrying about being stung what would the effects be (I really want to say “what would the effects bee,” but I won’t). In Keeping the Bees, author Laurence Packer, speaks to how heavily agriculturally intense parts of the world depend on bees and pollination.  “…surely coffee, blueberries and almonds, among other crops are both relevant and important to the population as a whole. The role bees play in the production of these essential items is well understood. Without them, we would all be worse off – nutritionally, economically, and with no coffee, probably  also emotionally.” 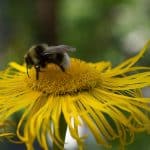 What can an individual do to help protect the bees?  How about becoming a beekeeper? Natural Beekeeping : Organic Approaches to Modern Apiculture walks you through what you need to know when thinking about beekeeping. Full color photos, diagrams, and resources can help you decide if beekeeping is right for you! The chapters take you through the importance of organic beekeeping, how to work with the hive and hive management, through breeding, diseases, human and environmental threats. It delves into the honey harvest and marketing the products produced!

Elephants are the world’s largest land animals and are one of the few animals on earth that can recognize themselves in a mirror! That means they have a sense of self – an awareness they are distinct from others! They are capable of complex thoughts and deep feelings. When two elephants greet each other it begins with “exuberance and drama, concluding with expressions of what humans would describe as utter joy.” 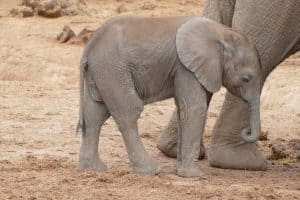 The elephant population has been declining – from 5-10 million in 1930 to around 500,000 today. Over 20,000 elephants are poached every year. This is the most severe threat – even though the global ivory trade is illegal. More than 100 elephants may be killed in a day, simply for their tusks. Habitat loss is also a concern – humans are moving closer and closer to elephant habitats which causes more elephant killings. Climate change is leading to drought and food shortages, and droughts also disrupt the elephant mating season, leading to fewer offspring.

Why do we need to protect elephants? Tourism, for one thing. Elephants are “tourism magnets,” which helps attract funding which helps protect wilderness areas. They are also critical in the maintenance of ecosystem biodiversity. They flatten grasslands, making habitat for smaller species, they dig water holes, also used by other species. They also travel long distances and help disperse seeds along the way, thus helping to generate new green growth.

What can be done to help protect the elephant? We aren’t able to plant elephant-attracting gardens like we can for bees, but there are things we can do. The Earth Day website mentions a few actions we can take – including practicing sustainable tourism. Always wanted to go on a safari? Make sure the company is certified as sustainable and always be sure any interactions with wild animals are respectful.

If you are interested in the history of ivory – which goes back thousands of years – Ivory’s Ghosts : The White Gold of History and  the Fate of Elephants is a fascinating look at that history. The author, John Frederick Walker, begins by relating the story of a 28,000-year-old Paleolithic site, Sungir, where ivory ornaments were found on human skeletons. It is estimated that it would have taken an hour to carve each bead – the old man’s beadwork would have taken more than 3,000 hours of labor and each of the 2 children’s would have been more than 5,000. He also talks about the years of culling elephants, “taking out 15 elephants in 42 seconds.” Ivory’s Ghosts contains several pages of black & white photos detailing elephants and the ivory trade.

Bees and elephants are only 2 of the 14 species listed on the Earth Day website. I encourage you to explore all the information they have available and then check our resources for further information. I have listed just a few of our resources that I believe would be valuable to you as you look more deeply into what can be done during Earth Month – and all year round.

As you are out enjoying the spring weather (finally!) think about all we can do – even as individuals – to protect our planet! 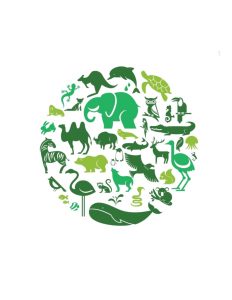 Packer, Laurence. 2010. Keeping the bees: why all bees are at risk and what we can do to save them. Toronto : HarperColllins Canada. Engineering Library QL563.P33 2010.

What You Need to Know About Elephants and How You Can Help to Protect Them. 2019. Earth Day Network.