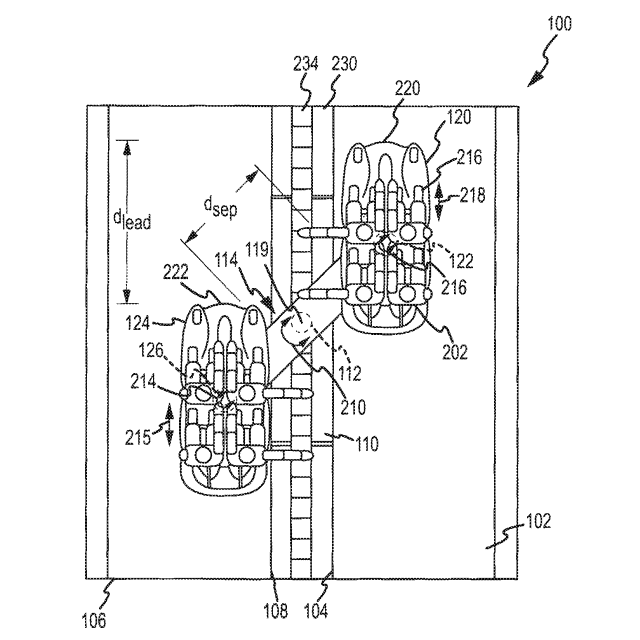 It’s (almost) summer and time to think of vacations.
Do you love amusement parks? 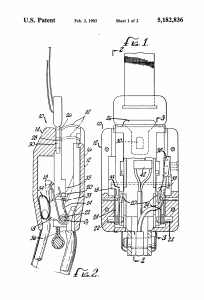 It may be a little more difficult to go to an amusement park this summer, but when you are waiting in line for the your chance at surviving the Rock N Roller Coaster starring Aerosmith, have you ever wondered how secure that seat belt actually is? The “Pressure activated seat belt locking mechanism,” you know, the one that allows the operator to lock the seat belt from a remote location? It was invented by Alexander Burkat for the Disney Corporation. The patent application was filed by the Walt Disney Company in 1991 and granted in 1993.

Want something a bit tamer than the Rock N Roller Coaster starring Aerosmith? The Teacups more your style? They could still move pretty quickly – and if you get dizzy they might not be a treat, but they don’t go upside down like roller coasters… Or, maybe you’d like the teacups if they weren’t quite so predictable and had a little more excitement? Well, in 2013 a patent was issued to Disney for a “Turntable racing system.” They created a teacup-like ride that incorporated a screen on the walls to provide imagery or a show element to the ride. There is a racing element to is because it also provides “selective vehicle orienting” so it also has a translational movement to each pod. 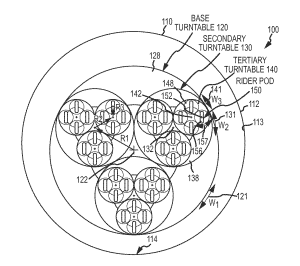 The summary section of the patent states: “The translational movement is used to allow the vehicles to be repositioned throughout the ride such that the vehicles may take turns leading, trailing, or being in the pack of vehicles as well as being near either side of the vehicle pack and display or show elements provided on the sidewall(s) of the ride facility.”

Maybe your tastes run a little more toward the carousel or merry-go-round. Disney has updated those, too – making them less predictable and more interactive. 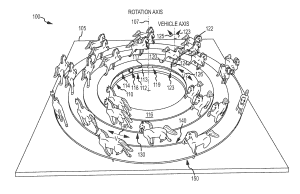 How about trying a “Ring carousel ride?” What makes it a “ring” carousel ride? From the patent:”…The new ride described may be labeled a ring carousel ride because the ride includes two or more ring-shaped vehicle support surfaces that are concentric and that are independently driven….”  Each ring of the ride can go in the same or opposite directions and the speed of each ring can vary. With all the rings moving in the same direction and at varying speeds it can provide a racing experience – including head-to-head racing and passing!

These are just 3 of the innovative and fun amusement park experiences that Disney has worked on! They developed haptic floor systems with a quake plate for virtual rides, avatar personalization, systems for adaptive gaming experiences, to name just a few more! Interested in exploring more Disney patents? Check our guide on patents. You can learn about what patents are, the most effective ways to search for them, and where to search! (And they don’t have to be only Disney patents – we have (and therefore YOU have) access to patents from all over the world! The European Patent Office has access to over 90 million patents!

Now, whenever you go to an amusement park and get on a ride (or just watch from the sideline!), you can think of all the engineering and innovation that goes into those rides – and where to find the information!!