On June 11 University of Iowa Libraries Special Collections started their Summer Seminar Series! This online series features Special Collections & Archives staff talking about what we know best: our collections and our favorite topics featured in the archives. This series of 15-30 minute presentations are recorded, so if you can’t join us for our regularly scheduled time of 2pm CT on Wednesdays and Fridays through the end of July, catch us later on our Youtube channel!

For more information or for how you can partake, please email Liz Riordan at elizabeth-riordan@uiowa.edu

June 11th–Special Collections in a Nutshell

The University Archives is UI’s institutional memory. Learn from University Archivist, David McCartney, about our holdings and online resources, as well as some Hawkeye history to share at your next (virtual) party.

June 19th–Racial Injustice in Iowa and the Midwest

Learn from Assistant Curator of Iowa Women’s Archives, Janet Weaver, and IWA student worker, Erik Henderson, about the history of local civil rights movements from the perspective of Black and Latinx community leaders who fought for change between the 1940s and the present.

June 24th–Rediscovering Ruth Suckow: A Look Into Her Life and Hidden Materials

Processing Librarian Jenna Silver provides an introduction to Iowa Author Ruth Suckow, her works, her love for animals, and the “hidden” materials of her collection.

June 26th–Out in Iowa City: Lesbian Feminism in the University of Iowa’s Hometown

During the women’s liberation movement from the 1960s to the 1980s, lesbians in Iowa City became writers, printers, business owners, and activists. At this talk by Processing Librarian Anna Tunnicliff, you can learn how their incredible work changed the landscape of the University and the town.

Olson Graduate Rich Dana will show that among the thousands of amazing documents in the Hevelin Science Fiction Collection there is a series of WWII-era letters from a remarkable woman with a mysterious name… Tigrina!

Learn from Public Service Librarian Lindsay Moen the history of The University of Iowa’s privately printed Tale of Peter Rabbit, from Beatrix Potter’s concept, to the book’s arrival to the Iowa stacks.

July 15th–Processing Collections: A Look Inside the Archivist’s Process

Learn the steps and procedures that archivists must take to process materials, while also learning about the “fun” or “unique” items we have discovered while dealing with materials from Processing Librarian Jenna Silver!

July 17th–Cheap Copies:The Rise of the Amateur Printing, Fanzines and the “Mimeograph Revolution”

Olson Graduate Assistant Rich Dana will explain the use of “cheap copies” and the development of similar visual languages in SF fandom and the Avant-garde.

Flying saucers, propeller beanies, rocket countdowns, Mary Shelley and the Holocaust…Peter Balestrieri has learned some great stories as Curator of Science Fiction and Popular Culture and he’d love to share them with you.

Join Outreach & Engagement Librarian as she looks into the fight for, and ultimate failed attempt, of Prohibition in Iowa.

July 31st–When Iowans Voted No: The 1916 Referendum on Women’s Suffrage

Although the Iowa General Assembly considered a women’s suffrage amendment in almost every session for over 40 years, the question wasn’t brought to the voters until 1916. The ensuing campaigns for and against women’s suffrage and the reasons for the referendum’s ultimate failure will be considered in this talk from Processing Librarian Anna Tunnicliff on women’s suffrage in Iowa. 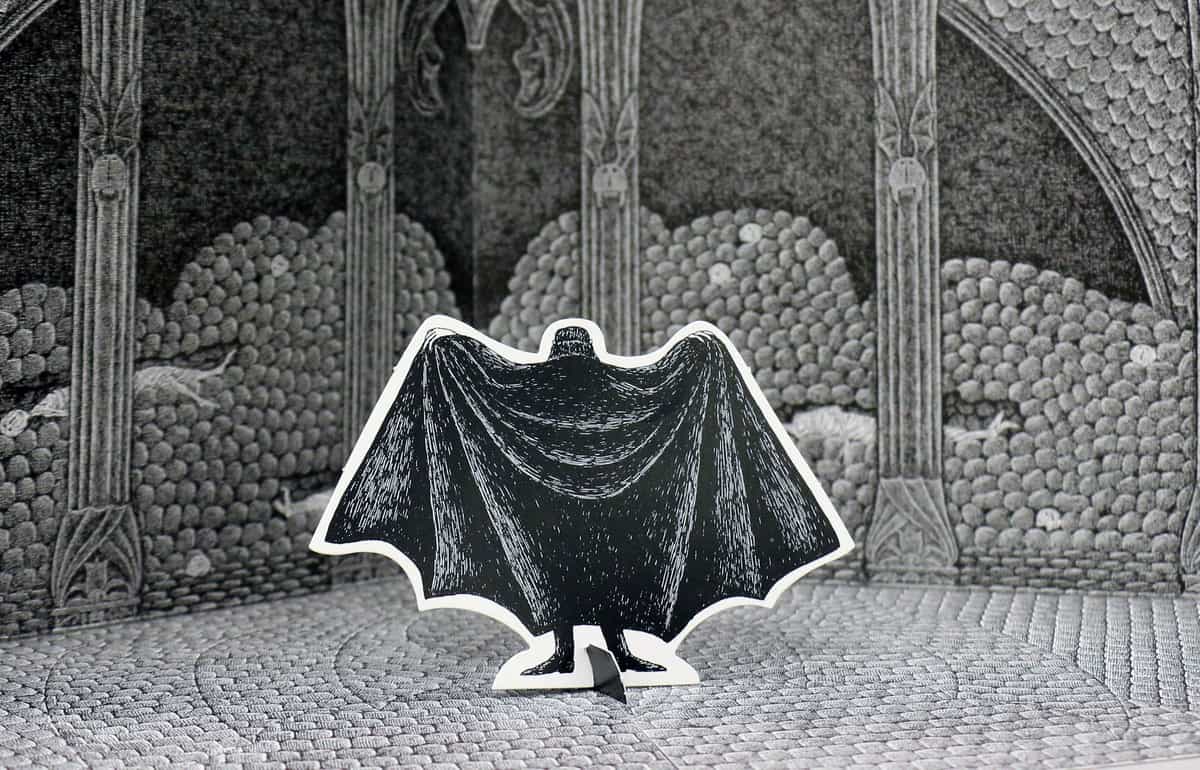 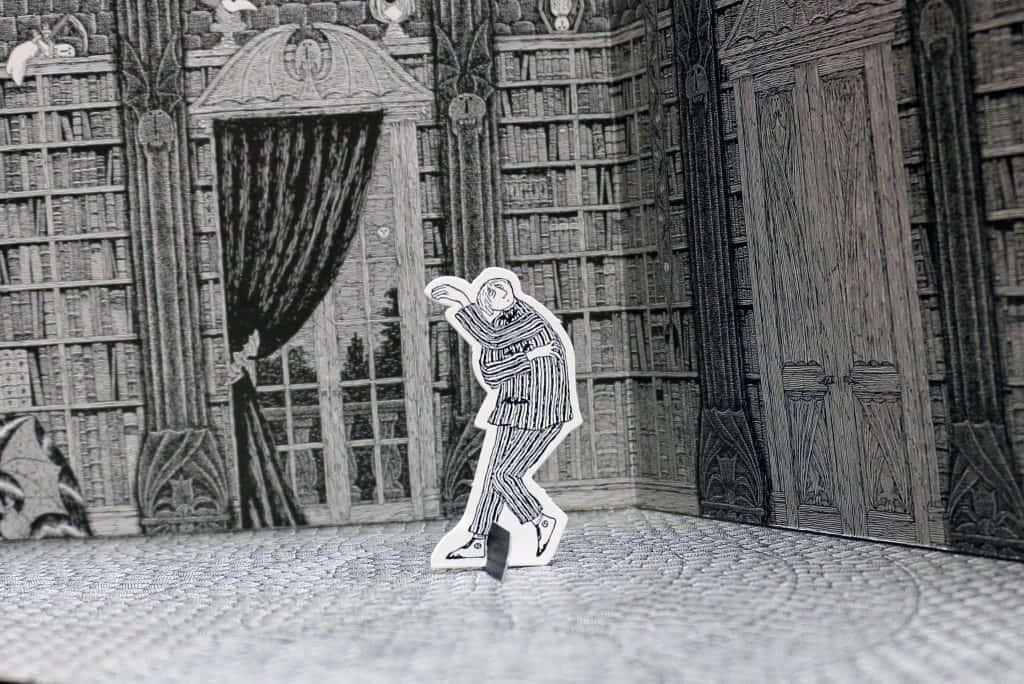 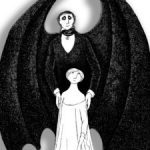 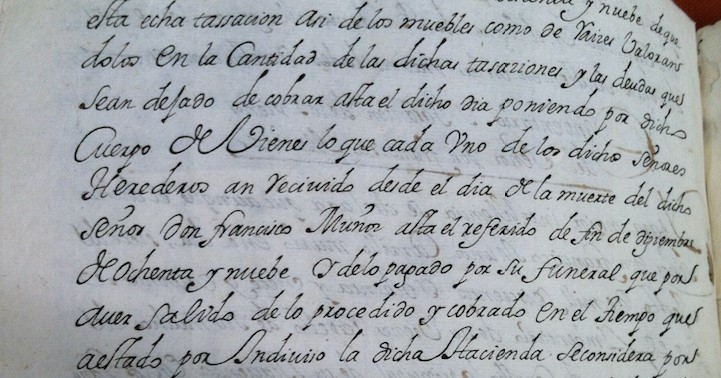 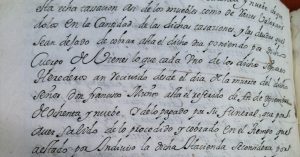 If you had been an heir of the estate of Don Francisco Muñoz Carillo, a nobleman from Cuenca, Spain who died in 1687, you may have received some part of these items.  However, before you get too excited, you would have also inherited the many debts that Don Francisco’s left his heirs.

In the past two weeks, graduate students from the University of Iowa have been participating in a paleography workshop entitled “Meet the Manuscript” and working intently on the transcription and translation of Don Francisco’s last will and testament, held in the University of Iowa’s Special Collections Library (xMMs.Doc2).

But this is not a simple project.  Students have been working on multiple levels: transcribing, translating and TEI encoding each page of the document, with a view to providing an online digital edition and resource tool for a broad range of viewers who might benefit from using this document, as well as making a historic model of the document with which they are working.  Thanks to the UI Center for the Book’s Tim Barrett, Melissa Moreton and Cheryl Jacobsen, eleven new books were born, filled with hand-made paper, held together with a tacketed binding with alum taw laces (case paper replaced the original parchment cover), and sporting examples of an Italic script.

Additionally, students from three Iowa high schools are interacting with the manuscript either through digital images and translations or through their visit with the original document in UI Spec Coll.

The work from both UI graduate students and high school students will be available on the Meet the Manuscript website.

What a wonderful collaborative experience with much thanks to UI Spec Coll, UI Studio, UI Center for the Book, Ana Rodriguez and Amber Brian from the UI Department of Spanish and Portuguese, and the multiple UI departments and divisions that sponsored the fellows!  Muchas gracias from all of us and all of Don Francisco’s predecessors and successors.