Welcome to the University of  Iowa Libraries’ virtual New Book Shelf. Here we will present new titles for you to browse and check out. Titles listed here will be monographs published in the current year. If you see a title you would like to borrow, please click the link below the item and sign in with your Hawk ID and Password to request a loan.

Flung Out of Space: Inspired by the Indecent Adventures of Patricia Highsmith

A fictional and complex portrait of bestselling author Patricia Highsmith caught up in the longing that would inspire her queer classic, The Price of Salt

Flung Out of Space is both a love letter to the essential lesbian novel, The Price of Salt, and an examination of its notorious author, Patricia Highsmith. Veteran comics creators Grace Ellis and Hannah Templer have teamed up to tell this story through Highsmith’s eyes—reimagining the events that inspired her to write the story that would become a foundational piece of queer literature. Flung Out of Space opens with Pat begrudgingly writing low-brow comics. A drinker, a smoker, and a hater of life, Pat knows she can do better. Her brain churns with images of the great novel she could and should be writing—what will eventually be Strangers on a Train— which would later be adapted into a classic film by Alfred Hitchcock in 1951.

At the same time, Pat, a lesbian consumed with self-loathing, is in and out of conversion therapy, leaving a trail of sexual conquests and broken hearts in her wake. However, one of those very affairs and a chance encounter in a department store give Pat the idea for her soon-to-be beloved tale of homosexual love that was the first of its kind—it gave the lesbian protagonists a happy ending.

This is not just the story behind a classic queer book, but of a queer artist who was deeply flawed. It’s a comic about what it was like to write comics in the 1950s, but also about what it means to be a writer at any time in history, struggling to find your voice.

Author Grace Ellis contextualizes Patricia Highsmith as both an unintentional queer icon and a figure whose problematic views and noted anti-Semitism have cemented her controversial legacy. Highsmith’s life imitated her art with results as devastating as the plot twists that brought her fame and fortune.

When a great antiquities collector is forced to donate his entire collection to the Hebrew University in Jerusalem, Nili Broshi sees her last chance to finish an archaeological expedition begun decades earlier―a dig that could possibly yield the most important religious artifact in the Middle East. Motivated by the desire to reinstate her father’s legacy as a great archaeologist after he was marginalized by his rival, Nili enlists a ragtag crew―a religious nationalist and his band of hilltop youths, her traitorous brother, and her childhood Palestinian friend, now an archaeological smuggler. As Nili’s father slips deeper into dementia, warring factions close in on and fight over the Ark of the Covenant!

Backed by extensive research into this real-world treasure hunt, Rutu Modan sets her affecting novel at the center of a political crisis. She posits that the history of biblical Israel lies in one of the most disputed regions in the world, occupied by Israel and contested by Palestine. Often in direct competition, Palestinians and Israelis dig alongside one another, hoping to find the sacred artifact believed to be a conduit to God. Two time Eisner Award winner Rutu Modan’s third graphic novel, Tunnels, is her deepest and wildest yet. Potent and funny, Modan reveals the Middle East as no westerner could. 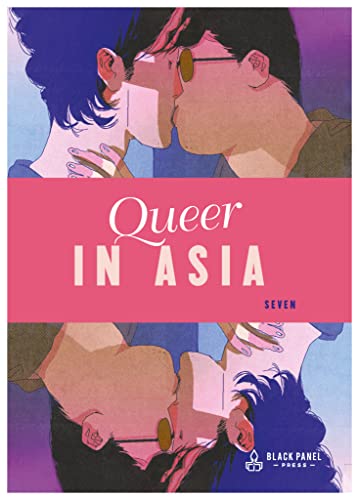 Who is Tian Fushi? A misunderstood manga artist, a depraved citizen of Chinese pornography, a young gay man gone astray in an ultraviolent world, a lost boy out of Peter Pan’s Neverland? How will he put the fragments of himself together and discover who he really is? Queer: differing in some way from what is usual or normal; this is definitely the case with this graphic novel. A portrait of a Chinese youth in search of love and meaning. An intimate and striking modern quest for identity.

This Is How I Disappear 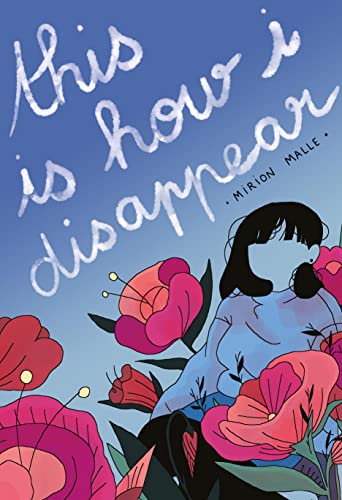 Clara’s at a breaking point. She’s got writer’s block, her friends ask a lot without giving much, her psychologist is useless, and her demanding publishing job leaves little time for self care. She seeks solace in the community around her, yet, while her friends provide support and comfort, she is often left feeling empty, unable to express an underlying depression that leaves her immobilized and stifles any attempts at completing her poetry collection. In This is How I Disappear, Mirion Malle paints an empathetic portait of a young woman wrestling with psychological stress and the trauma following an experience of sexual assault.

Malle displays frankness and a remarkable emotional intelligence as she explores depression, isolation, and self-harm in her expertly-drawn novel. Her heroine battles an onslaught of painful emotions and while Clara can provide consolation to those around her, she finds it difficult to bestow the same understanding unto herself. Only when she allows her community to guide her towards self-love does she find relief.

Filled with 21st century idioms and social media communication, This Is How I Disappear opens a window into the lives of young people as they face a barrage of mental health hurdles. Scenes of sisterhood, fun nights out singing karaoke, and impromptu FaceTime therapy sessions show how this generation is coping, connecting, and healing together.

The King of Bangkok (ethnoGRAPHIC)

The English translation of this bestselling graphic novel tells the story of Nok, an old blind man who sells lottery tickets in Bangkok, as he decides to leave the city and return to his native village.Through reflections on contemporary Bangkok and flashbacks to his past, Nok reconstructs a journey through the slums of migrant workers, the rice fields of Isaan, the tourist villages of Ko Pha Ngan, and the Red Shirt protests of 2010.

Based on a decade of anthropological research, The King of Bangkok is a story of migration to the city, distant families in the countryside, economic development eroding the land, and violent political protest. Ultimately, it is a story about contemporary Thailand and how the waves of history lift, engulf, and crash against ordinary people. 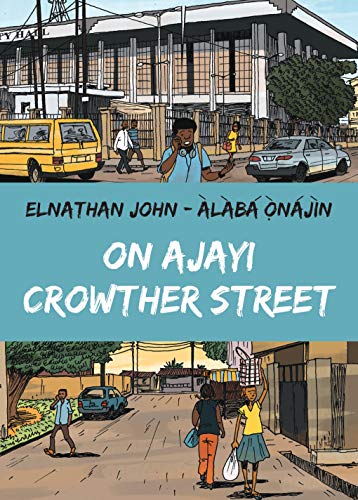 On the noisy Ajayi Crowther Street in Lagos, neighbours gather to gossip, discuss noise complaints, and faithfully head to church each Sunday. But beneath the surface lies a hidden world of clandestine love affairs, spiritual quackery and hypocrisy that threatens to destroy the community from within.

On Ajayi Crowther Street peels back the curtains on the lives of Pastor Akpoborie and his family, to reveal a tumultuous world full of desires, secrets and lies. His only son, Godstime, is struggling to hide his sexuality whilst his daughter Keturah must hide the truth of her pregnancy to preserve her and her family’s image. But it is the Reverend himself who hides the darkest secret of them all.

The Strange Death of Alex Raymond

“The Strange Death of Alex Raymond is one of the most spectacular comics I have ever read or seen. I can’t recommend it enough, although you may hate it. Bizarre and beautiful and completely unique.” – Jim Rugg, Cartoonist Kayfabe, Street Angel, The P.L.A.I.N. Janes

“This is a master work. I’m honoured to have even laid eyes on it.” – E.S. Glenn, author of Unsmooth, cartoonist for The New Yorker

“A must-read for anyone interested in the history and craft of comics” – Brandon Graham, King City, Warhead, Prophet

“Grubaugh provides a brilliant and fitting conclusion to what would have otherwise been one of the most notable unfinished works of recent times. I for one am excited at holding the completed Strange Death of Alex Raymond in my hands.” – Gary Spencer Millidge, Strangehaven, Alan Moore: Portrait of an Extraordinary Gentleman

Legendary creator Dave Sim is renowned world-wide for his groundbreaking Cerebus the Aardvark. Now, in The Strange Death of Alex Raymond, Sim brings to life the history of comics’ greatest creators, using their own techniques. Equal parts Understanding Comics and From Hell, Strange Death is a head-on collision of ink drawing and spiritual intrigue, pulp comics and movies, history and fiction. The story traces the lives and techniques of Alex Raymond (Flash Gordon, Rip Kirby), Stan Drake (Juliet Jones), Hal Foster (Prince Valiant), and more, dissecting their techniques through recreations of their artwork, and highlighting the metatextual resonances that bind them together.

The Friday Foster comic strip is the story ofa former nightclub “camera bunny” turned photographer’s assistant turned fashion model. With an innate inclination to help others and a natural beauty that makes her a magnet for men, Friday often finds herself in some very sticky situations and world class adventures.

For the FIRST TIME EVER, the classic FRIDAY FOSTER newspaper color comic strip created by James D. “Jim” Lawrence (of Buck Rogers and James Bond fame) and illustrated by Jorge “Jordi” Longarón then later Gray Morrow is collected. The strip ran from 1974-1970 and inspired the 1975 movie of the same name starring Pam Grier. The strip is the first mainstream comic strip starring an African-American character in the title role.