Welcome to the University of Iowa Libraries’ virtual New Book Shelf. Here we will present new titles for you to browse and check out. Titles listed here will be monographs published in the current year. If you see a title you would like to borrow, please click the link below the item and sign in with your Hawk ID and Password to request a loan.

The Wrong End of the Telescope

WINNER OF THE 2022 PEN/FAULKNER AWARD FOR FICTION

Mina Simpson, a Lebanese doctor, arrives at the infamous Moria refugee camp on Lesbos, Greece, after being urgently summoned for help by her friend who runs an NGO there. Alienated from her family except for her beloved brother, Mina has avoided being so close to her homeland for decades. But with a week off work and apart from her wife of thirty years, Mina hopes to accomplish something meaningful, among the abundance of Western volunteers who pose for selfies with beached dinghies and the camp’s children. Soon, a boat crosses bringing Sumaiya, a fiercely resolute Syrian matriarch with terminal liver cancer. Determined to protect her children and husband at all costs, Sumaiya refuses to alert her family to her diagnosis. Bonded together by Sumaiya’s secret, a deep connection sparks between the two women, and as Mina prepares a course of treatment with the limited resources on hand, she confronts the circumstances of the migrants’ displacement, as well as her own constraints in helping them.

Not since the inimitable Aaliya of An Unnecessary Woman has Rabih Alameddine conjured such a winsome heroine to lead us to one of the most wrenching conflicts of our time. Cunningly weaving in stories of other refugees into Mina’s singular own, The Wrong End of the Telescope is a bedazzling tapestry of both tragic and amusing portraits of indomitable spirits facing a humanitarian crisis.

Today a Woman Went Mad in the Supermarket: Stories

From her many well-loved novels, Hilma Wolitzer―now ninety-one years old and at the top of her game―has gained a reputation as one of our best fiction writers, who “raises ordinary people and everyday occurrences to a new height.” (Washington Post) These collected short stories―most of them originally published in magazines including Esquire and the Saturday Evening Post, in the 1960s and 1970s, along with a new story that brings her early characters into the present―are evocative of an era that still resonates deeply today.

In the title story, a bystander tries to soothe a woman who seems to have cracked under the pressures of her life. And in several linked stories throughout, the relationship between the narrator and her husband unfolds in telling and often hilarious vignettes. Of their time and yet timeless, Wolitzer’s stories zero in on the domestic sphere with wit, candor, grace, and an acutely observant eye. Brilliantly capturing the tensions and contradictions of daily life, Today a Woman Went Mad in the Supermarket is full of heart and insight, providing a lens into a world that was often unseen at the time, and often overlooked now―reintroducing a beloved writer to be embraced by a whole new generation of readers.

Emma-Jade and Louis are born into the havoc of the Vietnam War. Orphaned, saved and cared for by adults coping with the chaos of Saigon in free-fall, they become children of the Vietnamese diaspora. Em is not a romance in any usual sense of the word, but it is a word whose homonym–aimer, to love–resonates on every page, a book powered by love in the larger sense. A portrait of Vietnamese identity emerges that is wholly remarkable, honed in wartime violence that borders on genocide, and then by the ingenuity, sheer grit and intelligence of Vietnamese-Americans, Vietnamese-Canadians and other Vietnamese former refugees who go on to build some of the most powerful small business empires in the world. Em is a poetic story steeped in history, about those most impacted by the violence and their later accomplishments. In many ways, Em is perhaps Kim Thúy’s most personal book, the one in which she trusts her readers enough to share with them not only the pervasive love she feels but also the rage and the horror at what she and so many other children of the Vietnam War had to live through.

Written in Kim Thúy’s trademark style, near to prose poetry, Em reveals her fascination with connection. Through the linked destinies of characters connected by birth and destiny, the novel zigzags between the rubber plantations of Indochina; daily life in Saigon during the war as people find ways to survive and help each other; Operation Babylift, which evacuated thousands of biracial orphans from Saigon in April 1975 at the end of the Vietnam War; and today’s global nail polish and nail salon industry, largely driven by former Vietnamese refugees–and everything in between. Here are human lives shaped both by unspeakable trauma and also the beautiful sacrifices of those who made sure at least some of these children survived.

One Kind Favor: A Novel 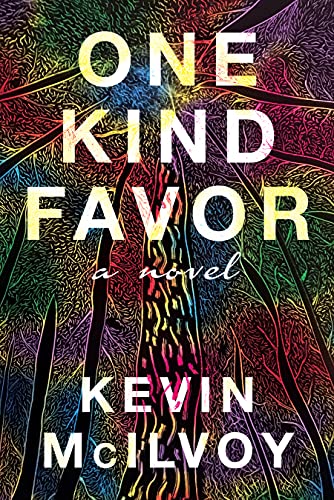 Based loosely on a tragic real-life incident, One Kind Favor explores the consequences of the lynching of a young black man in rural North Carolina. After the lynching is discovered and subsequently covered up in the small fictional community of Cord, the ghosts who frequent the all-in-one bar and consignment shop take on the responsibility of unearthing the truth and acting as the memory for the town that longs to forget and continues to hate. The down-the-rabbit-hole satirical storytelling of One Kind Favor, Kevin McIlvoy’s sixth novel, echoes Appalachian ghost stories in which haunting presences will, at last, have their way.

Every summer, fifteen-year-old Miriam Horton and her family pack themselves tight in their old minivan and travel through small southern towns for revival season: the time when Miriam’s father—one of the South’s most famous preachers—holds massive healing services for people desperate to be cured of ailments and disease. But, this summer, the revival season doesn’t go as planned, and after one service in which Reverend Horton’s healing powers are tested like never before, Miriam witnesses a shocking act of violence that shakes her belief in her father—and her faith.

When the Hortons return home, Miriam’s confusion only grows as she discovers she might have the power to heal—even though her father and the church have always made it clear that such power is denied to women. Over the course of the following year, Miriam must decide between her faith, her family, and her newfound power that might be able to save others, but if discovered by her father, could destroy Miriam.

A representative collection of the life work of the much-honored poet and a founder of the Black Arts movement, spanning the 4 decades of her literary career.

Gathering highlights from all of Sonia Sanchez’s poetry, this compilation is sure to inspire love and community engagement among her legions of fans. Beginning with her earliest work, including poems from her first volume, Homecoming (1969), through to 2019, the poet has collected her favorite work in all forms of verse, from Haiku to excerpts from book-length narratives. Her lifelong dedication to the causes of Black liberation, social equality, and women’s rights is evident throughout, as is her special attention to youth in poems addressed to children and young adults.

As Maya Angelou so aptly put it: “Sonia Sanchez is a lion in literature’s forest. When she writes she roars, and when she sleeps other creatures walk gingerly.”

The Family Chao: A Novel 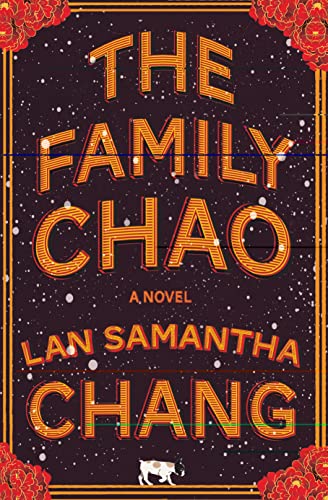 The residents of Haven, Wisconsin, have dined on the Fine Chao restaurant’s delicious Americanized Chinese food for thirty-five years, content to ignore any unsavory whispers about the family owners. Whether or not Big Leo Chao is honest, or his wife, Winnie, is happy, their food tastes good and their three sons earned scholarships to respectable colleges. But when the brothers reunite in Haven, the Chao family’s secrets and simmering resentments erupt at last.

Before long, brash, charismatic, and tyrannical patriarch Leo is found dead—presumed murdered—and his sons find they’ve drawn the exacting gaze of the entire town. The ensuing trial brings to light potential motives for all three brothers: Dagou, the restaurant’s reckless head chef; Ming, financially successful but personally tortured; and the youngest, gentle but lost college student James. As the spotlight on the brothers tightens—and the family dog meets an unexpected fate—Dagou, Ming, and James must reckon with the legacy of their father’s outsized appetites and their own future survival.

Brimming with heartbreak, comedy, and suspense, The Family Chao offers a kaleidoscopic, highly entertaining portrait of a Chinese American family grappling with the dark undercurrents of a seemingly pleasant small town. 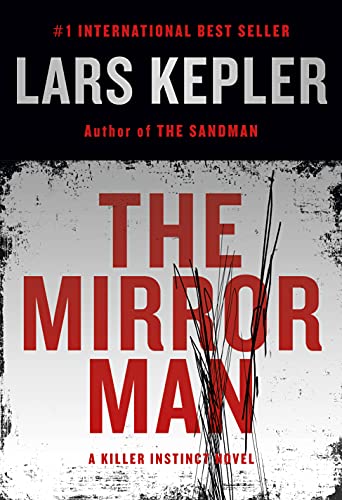 #1 INTERNATIONAL BEST SELLER • Detective Joona Linna is on the trail of a kidnapper who targets teenage girls and makes their worst nightmares a reality.

Sixteen-year-old Jenny Lind is kidnapped in broad daylight on her way home from school and thrown into the back of a truck. She’s taken to a dilapidated house, where she and other girls face horrors far beyond their worst nightmares. Though they’re desperate to escape, their captor foils everyone of their attempts.

Five years later, Jenny’s body is found hanging in a playground, strung up with a winch on a rainy night. As the police are scrambling to find a lead in the scant evidence, Detective Joona Linna recognizes an eerie connection between Jenny’s murder and a death declared a suicide years before. And when another teenage girl goes missing, it becomes clear to Joona that they’re dealing with a serial killer—and his murderous rampage may have just begun.

The Morning Star: A Novel

The international bestseller from the author of the renowned My Struggle series, The Morning Star is an astonishing, ambitious, and rich novel about what we don’t understand, and our attempts to make sense of our world nonetheless

One long night in August, Arne and Tove are staying with their children in their summer house in southern Norway. Their friend Egil has his own place nearby. Kathrine, a priest, is flying home from a Bible seminar, questioning her marriage. Journalist Jostein is out drinking for the night, while his wife, Turid, a nurse at a psychiatric care unit, is on a night shift when one of her patients escapes.

Above them all, a huge star suddenly appears blazing in the sky. It brings with it a mysterious sense of foreboding.

Strange things start to happen as nine lives come together under the star. Hundreds of crabs amass on the road as Arne drives at night; Jostein receives a call about a death metal band found brutally murdered in a Satanic ritual; Kathrine conducts a funeral service for a man she met at the airport – but is he actually dead?

The Morning Star is about life in all its mundanity and drama, the strangeness that permeates our world, and the darkness in us all. Karl Ove Knausgaard’s astonishing new novel, his first after the My Struggle cycle, goes to the utmost limits of freedom and chaos, to what happens when forces beyond our comprehension are unleashed and the realms of the living and the dead collide.

Dark secrets past and present collide in Sleepless, a haunting novel of guilt and retribution from Romy Hausmann, the international bestselling author of Dear Child.

It’s been years since Nadja Kulka was convicted of a cruel crime. After being released from prison, she’s wanted nothing more than to live a normal life: nice flat, steady job, even a few friends. But when one of those friends, Laura von Hoven–free-spirited beauty and wife of Nadja’s boss–kills her lover and begs Nadja for her help, Nadja can’t seem to refuse.

The two women make for a remote house in the woods, the perfect place to bury a body. But their plan quickly falls apart and Nadja finds herself outplayed, a pawn in a bizarre game in which she is both the perfect victim and the perfect murderer…