Religion As We Know It

How did our forebears begin to think about religion as a distinct domain, separate from other activities that were once inseparable from it? Starting at the birth of Christianity―a religion inextricably bound to Western thought―Jack Miles reveals how the West’s “common sense” understanding of religion emerged and then changed as insular Europe discovered the rest of the world. In a moving postscript, he shows how this very story continues today in the hearts of individual religious or irreligious men and women.

The Old Testament – A Concise Introduction

This concise volume introduces readers to the three main sections of the Hebrew Bible (Tanakh) and to the biblical books found in each. It is organized around two primary “stories”: the story that scholars tell about the Old Testament and the story the literature itself tells. Concluding with a reconsideration of the Old Testament as more like poetry than a story, three main chapters cover:

With key summaries of what the parts of the Old Testament “are all about,” and including suggestions for further reading, this volume is an ideal introduction for students of and newcomers to the Old Testament.

Allah – God in the Qur’an The central figure of the Qur’an is not Muhammad but Allah. The Qur’an, Islam’s sacred scripture, is marked above all by its call to worship Allah, and Allah alone. Yet who is the God of the Qur’an? What distinguishes the qur’anic presentation of God from that of the Bible?

In this illuminating study, Gabriel Said Reynolds depicts a god of both mercy and vengeance, one who transcends simple classification. He is personal and mysterious; no limits can be placed on his mercy. Remarkably, the Qur’an is open to God’s salvation of both sinners and unbelievers. At the same time, Allah can lead humans astray, so all are called to a disposition of piety and fear. Allah, in other words, is a dynamic and personal God. This eye-opening book provides a unique portrait of the God of the Qur’an.

Monumental Jesus  : landscapes of faith and doubt in modern America 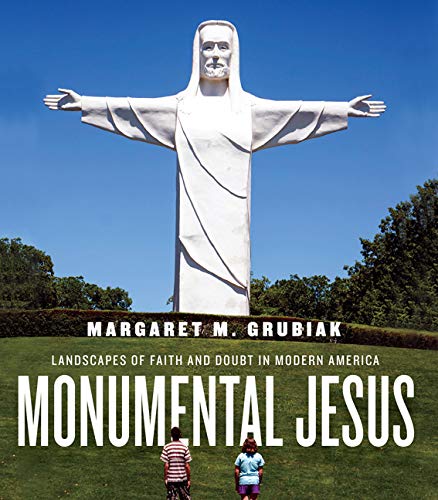 Opening up new avenues of thinking about how people deal with theological questions in the vernacular, Grubiak’s book shows how religious doubt is made manifest in the humorous, satirical, blasphemous, and popular culture responses to religious architecture and image in modern America.

Inside the Church of Almighty God : the most persecuted religious movement in Chin 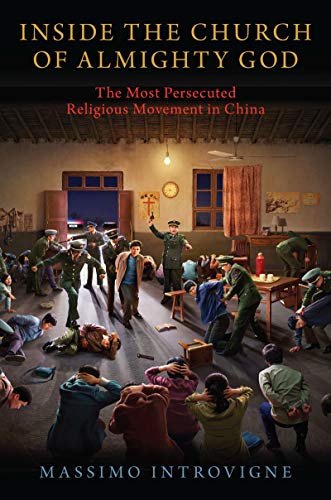 Branded as “the new Falun Gong” by local authorities, The Church of Almighty God is the most persecuted religious movement in China today. Thousands of police officers are deployed full time to identify and arrest its members. Hundreds of thousands of its devotees are in jail. Authorities claim, perhaps hyperbolically, that it has some four million members and accuse the group of serious crimes. Yet, the movement continues to grow.

In this ground-breaking study, Massimo Introvigne offers an inside look at this once-elusive movement, sharing interviews with hundreds of members and the Chinese police officers who hunt them down. The story of The Church of Almighty God is one of rapid growth, dramatic persecution, and the struggle of believers to seek asylum in countries around the world. In his telling of the story, Introvigne reconstructs the Church’s idiosyncratic theology, centered in the belief that Jesus Christ has returned in our time in the shape of a Chinese woman, worshipped as Almighty God, to eradicate the sinful nature of humans, and that we have entered the third and final time period in the history of humanity: the Age of Kingdom. A major book from one of the world’s leading scholars of new religious movements, Inside The Church of Almighty God is a critical addition to the scholarship of Chinese religion.

The Art of Chinese Philosophy 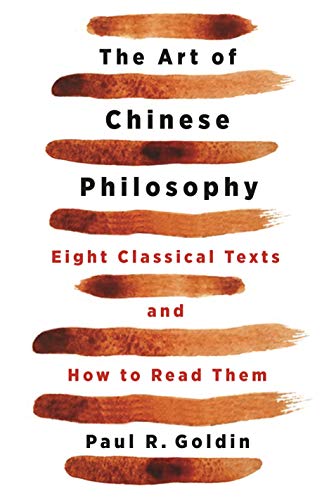 This book provides an unmatched introduction to eight of the most important works of classical Chinese philosophy—the Analects of Confucius, Mozi, Mencius, Laozi, Zhuangzi, Sunzi, Xunzi, and Han Feizi. Combining accessibility with the latest scholarship, Paul Goldin, one of the world’s leading authorities on the history of Chinese philosophy, places these works in rich context as he explains the origin and meaning of their compelling ideas.

Because none of these classics was written in its current form by the author to whom it is attributed, the book begins by asking, “What are we reading?” and showing that understanding the textual history of the works enriches our appreciation of them. A chapter is devoted to each of the eight works, and the chapters are organized into three sections: “Philosophy of Heaven,” which looks at how the Analects, Mozi, and Mencius discuss, often skeptically, Heaven (tian) as a source of philosophical values; “Philosophy of the Way,” which addresses how Laozi, Zhuangzi, and Sunzi introduce the new concept of the Way (dao) to transcend the older paradigms; and “Two Titans at the End of an Age,” which examines how Xunzi and Han Feizi adapt the best ideas of the earlier thinkers for a coming imperial age.

In addition, the book presents clear and insightful explanations of the protean and frequently misunderstood concept of qi—and of a crucial characteristic of Chinese philosophy, nondeductive reasoning. The result is an invaluable account of an endlessly fascinating and influential philosophical tradition.

Virtue and Meaning : a Neo-Aristotelian perspective

The revival of Aristotelian virtue ethics can be seen as a response to the modern problem of disenchantment, that is, the perceived loss of meaning in modernity. However, in Virtue and Meaning, David McPherson contends that the dominant approach still embraces an overly disenchanted view. In a wide-ranging discussion, McPherson argues for a more fully re-enchanted perspective that gives better recognition to the meanings by which we live and after which we seek, and to the fact that human beings are the meaning-seeking animal. In doing so, he defends distinctive accounts of the relationship between virtue and happiness, other-regarding demands, and the significance of linking neo-Aristotelian virtue ethics with a view of the meaning of life and a spiritual life where contemplation has a central role. This book will be valuable for philosophers and other readers who are interested in virtue ethics and the perennial question of the meaning of life.

From the Earliest Gospel (Q+) to the Gospel of Mark 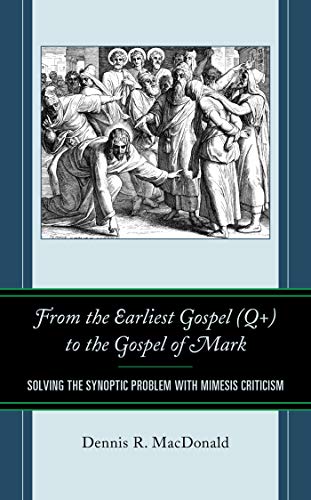 From the Earliest Gospel (Q+) to the Gospel of Mark focuses on the remarkable overlaps between Jesus’s teachings in the lost Gospel Q and Mark.

Dennis R. MacDonald argues Synoptic intertextuality is best explained not as the redaction of sources but more flexibly as the imitation of literary models. Part One applies the criteria of mimesis criticism in a running commentary on Q+ to demonstrate that it polemically imitated Deuteronomy. Part Two argues that Mark in turn tendentiously imitated Logoi. The Conclusion proposes that Matthew and Luke in turn brilliantly and freely imitated both Logoi and Mark and by doing so created scores of duplicate sayings and episodes (doublets).

Reading Islam : life and politics of brotherhood in modern Turkey

In Reading Islam Fabio Vicini offers a journey within the intimate relations, reading practices, and forms of intellectual engagement that regulate Muslim life in two enclosed religious communities in Istanbul. Combining anthropological observation with textual and genealogical analysis, he illustrates how the modes of thought and social engagement promoted by these two communities are the outcome of complex intellectual entanglements with modern discourses about science, education, the self, and Muslims’ place and responsibility in society. In this way, Reading Islam sheds light on the formation of new generations of faithful and socially active Muslims over the last thirty years and on their impact on the turn of Turkey from an assertive secularist Republic to an Islamic-oriented form of governance.

Gospel Women and the Long Ending of Mark 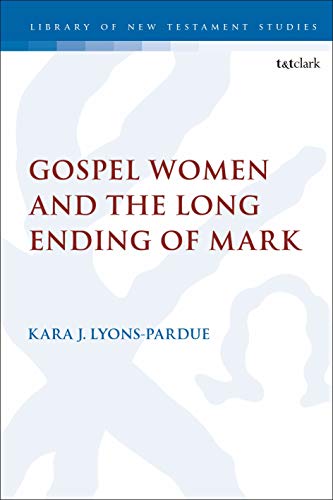 Kara Lyons-Pardue examines the issue of the ending of the gospel of Mark, showing how the later additions to the text function as early receptions of the original gospel tradition providing an ancient “fix” to the problem of the ending in which the women flee the tomb in terror and silence. Lyons-Pardue suggests that the long ending functions canonically, smoothing out the “problem” of 16:8 in ways that support the nascent four-gospel canon.

Lyons-Pardue argues that the long ending represents an ancient reception of the preceding gospel that continues to the unique portrait of discipleship that is characteristically Markan. Mary Magdalene forms the renewed paradigm of an unlikely person or outsider, here a woman, being the one to “go and tell” the good news. This pattern is then projected onto all disciples who are called to proclaim the news to the entire created order (16:15).