Chester Gillis chronicles America Catholics: where they have come from, how they have integrated into American society, and how the church has influenced their lives. He highlights key events and people, examines data on Catholics and their relationship to the church, and considers the church’s positions and actions on politics, education, and gender and sexuality in the context of its history and doctrines.

This second edition of Roman Catholicism in America pays particular attention to the tumultuous past twenty years and points toward the future of the religion in the United States. It examines the unprecedented crisis of sexual abuse by priests―the legal, moral, financial, and institutional repercussions of which continue to this day―and the bishops’ role in it. Gillis also discusses the election of Pope Francis and the controversial role Catholic leadership has played in American politics.

On Insignificance: The Loss of Meaning in the Post-Material Age

Focusing on the anthropological consequences of the disappearing of materiality and sensory embodiment, On Insignificance highlights some of the most perturbing patterns of insignificance that have seeped into our everyday lives. Seeking to explain the semiotic causes of feelings of meaninglessness, Leone posits that caring for the singularities of the world is the most viable way to resist the alienating effects of the digital bureaucratization of meaning. The book will be of interest to scholars of anthropology, cultural studies, semiotics, aesthetics, communication studies, and social theory. 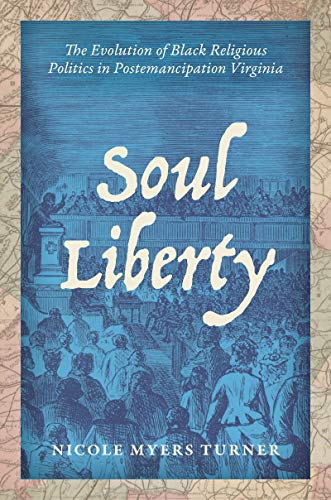 That churches are one of the most important cornerstones of black political organization is a commonplace. In this history of African American Protestantism and American politics at the end of the Civil War, Nicole Myers Turner challenges the idea of black churches as having always been politically engaged. Using local archives, church and convention minutes, and innovative Geographic Information Systems (GIS) mapping, Turner reveals how freedpeople in Virginia adapted strategies for pursuing the freedom of their souls to worship as they saw fit—and to participate in society completely in the evolving landscape of emancipation.

Freedpeople, for both evangelical and electoral reasons, were well aware of the significance of the physical territory they occupied, and they sought to organize the geographies that they could in favor of their religious and political agendas at the outset of Reconstruction. As emancipation included opportunities to purchase properties, establish black families, and reconfigure gender roles, the ministry became predominantly male, a development that affected not only discourses around family life but also the political project of crafting, defining, and teaching freedom. After freedmen obtained the right to vote, an array of black-controlled institutions increasingly became centers for political organizing on the basis of networks that mirrored those established earlier by church associations.

A Radical Pluralist Philosophy of Religion 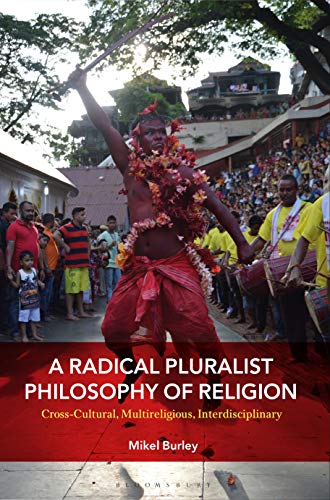 This book is a unique introduction to studying the philosophy of religion, drawing on a wide range of cultures and literary sources in an approach that is both methodologically innovative and expansive in its cross-cultural and multi-religious scope.

Employing his expertise in interdisciplinary and Wittgenstein-influenced methods, Mikel Burley draws on works of ethnography and narrative fiction, including Dostoevsky’s The Brothers Karamazov and Soyinka’s Death and the King’s Horseman, to critically engage with existing approaches to the philosophy of religion and advocate a radical, pluralist approach. Breaking away from the standard fixation on a narrow construal of theism, topics discussed include conceptions of compassion in Buddhist ethics, cannibalism in mortuary rituals, divine possession and animal sacrifice in Hindu Goddess worship and animism in indigenous traditions.

Original and engaging, Burley’s synthesis of philosophical, anthropological and literary elements expands and diversifies the philosophy of religion, providing an essential introduction for anyone interested in studying the radical plurality of forms that religion takes in human life.

Ethics, Left and Right: The Moral Issues That Divide Us

The only contemporary moral problems text to focus directly on the ethics of current, divisive political issues, Ethics, Left and Right features newly commissioned essays on twenty contentious debates, written expressly with undergraduate students in mind. It offers two position pieces on each
issue–one left-leaning, one right–followed by a reply from each author, giving you and your students the opportunity to engage in in-depth discussions of serious issues. The essays cover compelling topics including whether we should have an “America First” approach to policy, whether it’s okay to
have religious tests for immigration, the merits of political correctness, the ethics of voting, whether progressive taxation is legitimate, and what to make of accusations of privilege. Case studies at the end of every main contribution encourage students to examine related problems and/or delve
deeper into the current issue.

Negotiating Science and Religion in America

Science and religion represent two powerful forces that continue to influence the American cultural landscape. Negotiating Science and Religion in America sketches an intellectual-cultural history from the Puritans to the twenty-first century, focusing on the sometimes turbulent relationship between the two. Using the past as a guide for what is happening today, this volume engages research from key scholars and the author’s work on emerging adults’ attitudes in order to map out the contours of the future for this exciting, and sometimes controversial, field. The book discusses the relationship between religion and science in the following important historical periods:

from 1687 to the American Revolution

Rabbinic Drinking: What Beverages Teach Us About Rabbinic Literature

Though ancient rabbinic texts are fundamental to analyzing the history of Judaism, they are also daunting for the novice to read. Rabbinic literature presumes tremendous prior knowledge, and its fascinating twists and turns in logic can be disorienting. Rabbinic Drinking helps learners at every level navigate this brilliant but mystifying terrain by focusing on rabbinic conversations about beverages, such as beer and wine, water, and even breast milk. By studying the contents of a drinking vessel—including the contexts and practices in which they are imbibed—Rabbinic Drinking surveys key themes in rabbinic literature to introduce readers to the main contours of this extensive body of historical documents.

Psyche and the Sacred: Spirituality Beyond Religion

This book presents an approach to spirituality based on direct personal experience of the sacred. Using the language and insights of depth psychology, Corbett outlines the intimate relationship between spiritual experience and the psychology of the individual, unveiling the seamless continuity between the personal and transpersonal dimensions of the psyche. His discussion runs the gamut of spiritual concerns, from the problem of evil to the riddle of pain and suffering. Drawing upon his psychotherapeutic practice as well as on the experiences of characters from our religious heritage, Corbett explores the various portals through which the sacred presents itself to us: dreams, visions, nature, the body, relationships, psychopathology, and creative work. Referring extensively to Jung’s writings on religion, but also to contemporary psychoanalytic theory, Corbett gives form to the new spirituality that is emerging alongside the world’s great religious traditions. For those seeking alternative forms of spirituality beyond the Judeo-Christian tradition, this volume will be a useful guide on the journey.

Thinking Nature and the Nature of Thinking

A fresh and more capacious reading of the Western religious tradition on nature and creation, Thinking Nature and the Nature of Thinking puts medieval Irish theologian John Scottus Eriugena (810–877) into conversation with American philosopher Ralph Waldo Emerson (1803–1882). Challenging the biblical stewardship model of nature and histories of nature and religion that pit orthodoxy against the heresy of pantheism, Willemien Otten reveals a line of thought that has long made room for nature’s agency as the coworker of God. Embracing in this more elusive idea of nature in a world beset by environmental crisis, she suggests, will allow us to see nature not as a victim but as an ally in a common quest for re-attunement to the divine. Putting its protagonists into further dialogue with such classic authors as Augustine, Maximus the Confessor, Friedrich Schleiermacher, and William James, her study deconstructs the idea of pantheism and paves the way for a new natural theology.

Churches of Christ in Oklahoma: A History

In the 1950s and 1960s, Churches of Christ were the fastest growing religious organization in the United States. The churches flourished especially in southern and western states, including Oklahoma. In this compelling history, historian W. David Baird examines the key characteristics, individuals, and debates that have shaped the Churches of Christ in Oklahoma from the early nineteenth century to the beginning of the twenty-first century.

Baird’s narrative begins with an account of the Stone-Campbell movement, which emerged along the American frontier in the early 1800s. Representatives of this movement in Oklahoma first came as missionaries to American Indians, mainly to the Cherokees, Chickasaws, and Choctaws. Baird highlights the role of two prominent missionaries during this period, and he next describes a second generation of missionaries who came along during the era of the Twin Territories, prior to statehood.

In 1906, as a result of disagreements regarding faith and practice, followers of the Stone-Campbell Movement divided into two organizations: Churches of Christ and Disciples of Christ. Baird then focuses solely on Churches of Christ in Oklahoma, all the while keeping a broader national context in view. Drawing on extensive research, Baird delves into theological and political debates and explores the role of the Churches of Christ during the two world wars.

As Churches of Christ grew in number and size throughout the country during the mid-twentieth century, controversy loomed. Oklahoma’s Churches of Christ argued over everything from Sunday schools and the support of orphan’s homes to worship elements, gender roles in the church, and biblical interpretation. And nobody could agree on why church membership began to decline in the 1970s, despite exciting new community outreach efforts.

This history by an accomplished scholar provides solid background and new insight into the question of whether Churches of Christ locally and nationally will be able to reverse course and rebuild their membership in the twenty-first century.