What is Post-Modern Conservatism 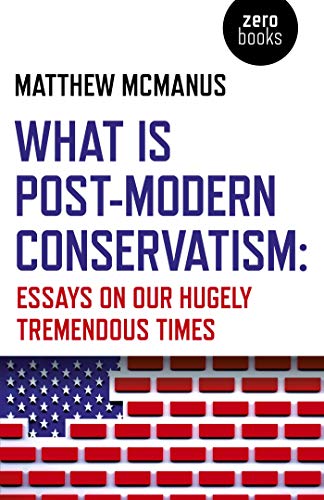 What is post-modern conservatism? How it has come to dominate the political landscape in many developed countries? Edited by Matt McManus, Professor of Politics and International Relations at the University of Tec de Monterrey, What Is Post-Modern Conservatism touches on how technological, economic, and social transformations of the post-modern epoch have brought about a political landscape where the irrational and traditionalist aspects of conservative thought have mutated into the hugely tremendous forms we see today. With contributory essays from Dylan De Jong, Erik Tate, Borna Radnik, David Hollands and Conrad Hamilton.

The Death of Public Integrity

From the late nineteenth century through the 1970s, several government reform movements succeeded in controlling traditional types of public corruption. But has this historic success led to a false sense of security among public management scholars and professionals? As this book argues, powerful special interests increasingly find effective ways to gain preferential treatment without violating traditional types of public corruption prohibitions. Although the post-Watergate good government reform movement sought to close this gap, the 1980s saw a backlash against public integrity regulation, as the electorate in the United States began to split into two sharply different camps driven by very different moral value imperatives.

Taking a historical view from the ratification of the U.S. Constitution through to the Trump administration, The Death of Public Integrity details efforts by reformers to protect public confidence in the integrity of government at the local, state, and federal levels. Arguing that progressives and conservatives increasingly live in different moral worlds, author Robert Roberts demonstrates the ways in which it has become next to impossible to hold public officials accountable without agreement on what constitutes immoral conduct. This book is required reading for students of public administration, public policy, and political science, as well as those interested in public service ethics.

Exit and Voice: The Paradox of Cross-Border Politics in Mexico 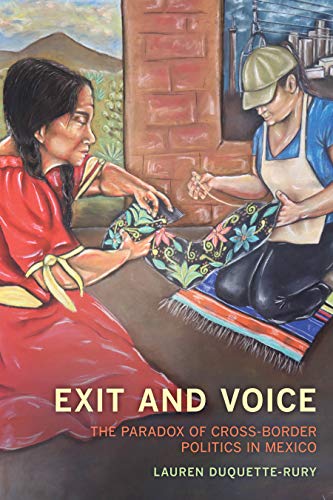 Sometimes leaving home allows you to make an impact on it—but at what cost? Exit and Voice is a compelling account of how Mexican migrants with strong ties to their home communities impact the economic and political welfare of the communities they have left behind. In many decentralized democracies like Mexico, migrants have willingly stepped in to supply public goods when local or state government lack the resources or political will to improve the town. Though migrants’ cross-border investments often improve citizens’ access to essential public goods and create a more responsive local government, their work allows them to unintentionally exert political engagement and power, undermining the influence of those still living in their hometowns. In looking at the paradox of migrants who have left their home to make an impact on it, Exit and Voice sheds light on how migrant transnational engagement refashions the meaning of community, democratic governance, and practices of citizenship in the era of globalization.

Beneath the China Boom: Labor, Citizenship, and the Making of a Rural Land Market 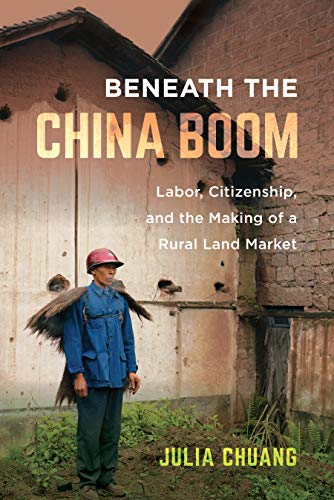 For nearly four decades, China’s manufacturing boom has been powered by the labor of 287 million rural migrant workers, who travel seasonally between villages where they farm for subsistence and cities where they work. Yet recently local governments have moved away from manufacturing and toward urban expansion and construction as a development strategy. As a result, at least 88 million rural people to date have lost rights to village land. In Beneath the China Boom, Julia Chuang follows the trajectories of rural workers, who were once supported by a village welfare state and are now landless. This book provides a view of the undertow of China’s economic success, and the periodic crises—a rural fiscal crisis, a runaway urbanization—that it first created and now must resolve.

The Art of Political Control in China

When and why do people obey political authority when it runs against their own interests to do so? This book is about the channels beyond direct repression through which China’s authoritarian state controls protest and implements ambitious policies from sweeping urbanization schemes that have displaced millions to family planning initiatives like the one-child policy. Daniel C. Mattingly argues that China’s remarkable state capacity is not simply a product of coercive institutions such as the secret police or the military. Instead, the state uses local civil society groups as hidden but effective tools of informal control to suppress dissent and implement far-reaching policies. Drawing on evidence from qualitative case studies, experiments, and national surveys, the book challenges the conventional wisdom that a robust civil society strengthens political responsiveness. Surprisingly, it is communities that lack strong civil society groups that find it easiest to act collectively and spontaneously resist the state.

A Modern History of European Cities: 1815 to the Present 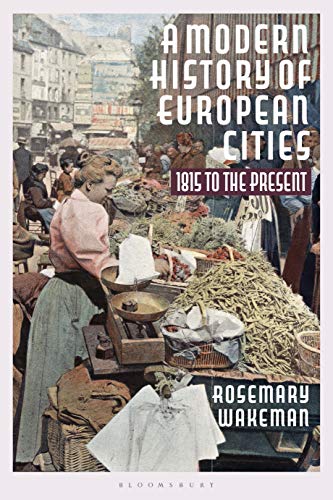 Rosemary Wakeman’s original survey text comprehensively explores modern European urban history from 1815 to the present day. It provides a journey to cities and towns across the continent, in search of the patterns of development that have shaped the urban landscape as indelibly European. The focus is on the built environment, the social and cultural transformations that mark the patterns of continuity and change, and the transition to modern urban society.

Including over 60 images that serve to illuminate the analysis, the book examines whether there is a European city, and if so, what are its characteristics? Wakeman offers an interdisciplinary approach that incorporates concepts from cultural and postcolonial studies, as well as urban geography, and provides full coverage of urban society not only in western Europe, but also in eastern and southern Europe, using various cities and city types to inform the discussion. The book provides detailed coverage of the often-neglected urbanization post-1945 which allows us to more clearly understand the modernizing arc Europe has followed over the last two centuries. 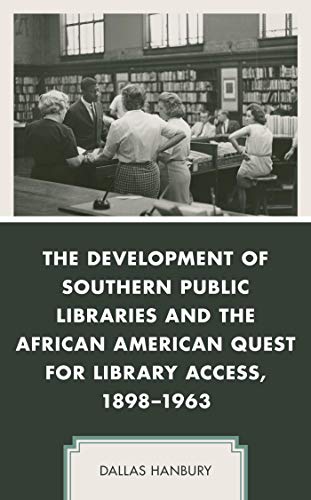 Presidential Power, Rhetoric, and the Terror Wars: The Sovereign Presidency 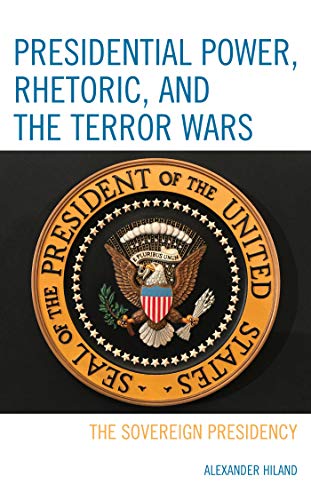 Presidential Power, Rhetoric, and the Terror Wars: The Sovereign Presidency argues that the War on Terror provided an opportunity to fundamentally change the presidency. Alexander Hiland analyzes the documents used to exercise presidential powers, including executive orders, signing statements, and presidential policy directives. Treating these documents as genres of speech-act that are ideologically motivated, Hiland provides a rhetorical criticism that illuminates the values and political convictions at play in these documents. This book reveals how both President George W. Bush and President Barack Obama wielded the personal power of the office to dramatically expand the power of the executive branch. During the War on Terror, the presidency shifted from an imperial form that avoided checks and balances, to a sovereign presidency where the executive branch had the ability to decide whether those checks and balances existed. As a result, Hiland argues that this shift to the sovereign presidency enabled the violation of human rights, myriad policy mistakes, and the degradation of democracy within the United States. 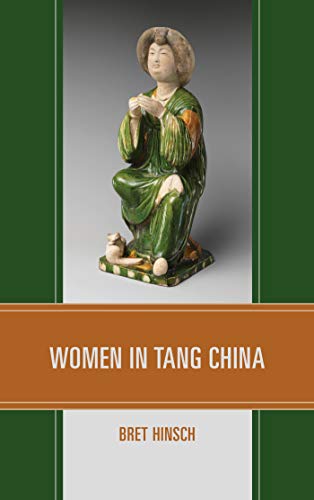 This important book provides the first comprehensive survey of women in China during the Sui and Tang dynasties from the sixth through tenth centuries CE. Bret Hinsch provides rich insight into female life in the medieval era, ranging from political power, wealth, and work to family, religious roles, and virtues. He explores women’s lived experiences but also delves into the subjective side of their emotional life and the ideals they pursued. Deeply researched, the book draws on a wide range of sources, including standard histories, poetry, prose literature, and epigraphic sources such as epitaphs, commemorative religious inscriptions, and Dunhuang documents. Building on the best Western and Japanese scholarship, Hinsch also draws heavily on Chinese scholarship, most of which is unknown outside China. As the first study in English about women in the medieval era, this groundbreaking work will open a new window into Chinese history for Western readers.

Intelligence in the National Security Enterprise 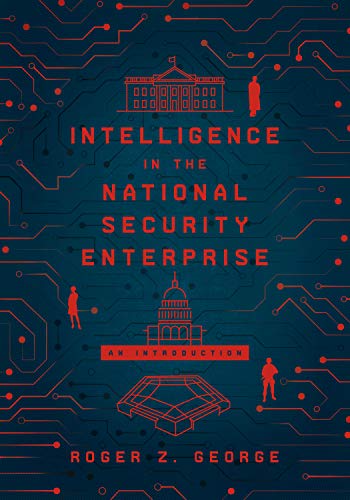 This textbook introduces students to the critical role of the US intelligence community within the wider national security decision-making and political process. Intelligence in the National Security Enterprise defines what intelligence is and what intelligence agencies do, but the emphasis is on showing how intelligence serves the policymaker. Roger Z. George draws on his thirty-year CIA career and more than a decade of teaching at both the undergraduate and graduate level to reveal the real world of intelligence. Intelligence support is examined from a variety of perspectives to include providing strategic intelligence, warning, daily tactical support to policy actions as well as covert action. The book includes useful features for students and instructors such as excerpts and links to primary-source documents, suggestions for further reading, and a glossary.