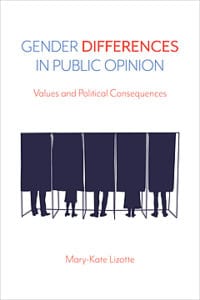 In this era in which more women are running for public office—and when there is increased activism among women—understanding gender differences on political issues has become critical. In her cogent study, Mary-Kate Lizotte argues that assessing the gender gap in public support for policies through a values lens provides insight into American politics today. There is ample evidence that men and women differ in their value endorsements—even when taking into account factors such as education, class, race, income, and party identification.

In Gender Differences in Public Opinion, Lizotte utilizes nationally representative data, mainly from the American National Election Study, to study these gender gaps, the explanatory power of values, and the political consequences of these differences. She examines the gender differences in several policy areas such as equal rights, gun control, the death penalty, and the environment, as well as social welfare issues. The result is an insightful and revealing study of how men and women vary in their policy positions and political attitudes. 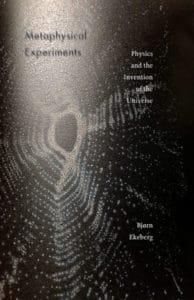 Focusing on the nonmathematical assumptions underlying significant events in modern science, Bjørn Ekeberg offers a critical history of contemporary physics that demystifies such concepts as singularity, blackbody radiation, the speed of light, natural constants, black holes, dark matter, and more. His reading of the metaphysical underpinnings of scientific cosmology offers an account of how we understand our place in the universe. 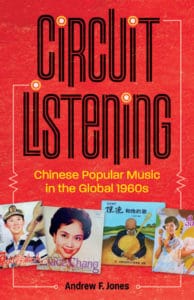 What did Mao’s China have to do with the music of youth revolt in the 1960s, and how did the Beatles and Bob Dylan sound on the front lines of the Cold War in Asia? Andrew F. Jones listens in on the 1960s beyond the West, suggesting how transistor technology, decolonization, and the Green Revolution transformed the sound of music globally. 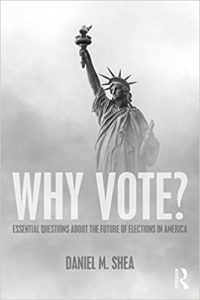 Written by one of the nation’s leading parties and elections scholars, Why Vote? Essential Questions About the Future of Elections in America explores a range of topics. Each chapter is set by a guiding question, and concludes with a novel, often surprising argument. Who or what is to blame for the rise of rabid, hate-centered polarization? Can a third party really save our system? Should we even try to limit money in campaigns? Do elections stifle other, more potent forms of engagement? Who’s to blame for the growing number of voter access restrictions? Might attitudes toward immigration and race form a “unified theory” of voter coalitions? 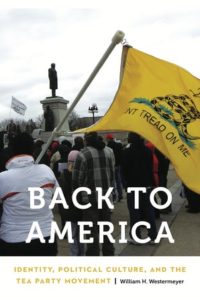 Back to America is an ethnography of local activist groups within the Tea Party, one of the most important recent political movements to emerge in the United States and one that continues to influence American politics. Though often viewed as the brainchild of conservative billionaires and Fox News, the success of the Tea Party movement was as much, if not more, the result of everyday activists at the grassroots level. William H. Westermeyer traces how local Tea Party groups (LTPGs) create submerged spaces where participants fashion action-oriented collective and personal political identities forged in the context of cultural or figured worlds. These figured worlds allow people to establish meaningful links between their own lives and concerns, on the one hand, and the movement’s goals and narratives, on the other. Collectively, the production and circulation of the figured worlds within LTPGs provide the basis for subjectivities that often nurture political activism.

Westermeyer reveals that LTPGs are vibrant and independent local organizations that, while constantly drawing on nationally disseminated cultural images and discourses, are far from simple agents of the larger organizations and the media. Back to America offers a welcome anthropological approach to this important social movement and to our understanding of grassroots political activism writ large. 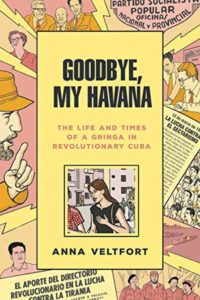 An eyewitness account of idealism, self-discovery, and loss under one of the twentieth-century’s most repressive political regimes

Set against a backdrop of world-changing events during the headiest years of the Cuban Revolution, Goodbye, My Havana follows young Connie Veltfort as her once relatively privileged life among a community of anti-imperialist expatriates turns to progressive disillusionment and heartbreak. The consolidation of Castro’s position brings violence, cruelty, and betrayal to Connie’s doorstep. And the crackdown that ultimately forces her family and others to flee for their lives includes homosexuals among its targets―Connie’s coming-of-age story is one also about the dangers of coming out. Looking back with a mixture of hardheaded clarity and tenderness at her alter ego and a forgotten era, with this gripping graphic memoir Anna Veltfort takes leave of the past even as she brings neglected moments of the Cold War into the present. 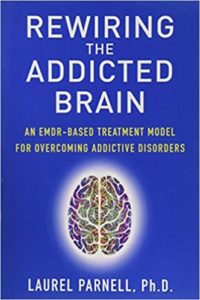 As a clinical psychologist specializing in the treatment of trauma, Dr. Laurel Parnell has found that many people who have suffered the effects of trauma use addictive substances or behaviors in an effort to relieve their pain.

In Rewiring the Addicted Brain, Dr. Parnell applies her extensive expertise in Attachment- Focused EMDR and Resource Tapping to the clinical challenge of addictions recovery. It is filled with brain-wise, compassionate, resilience-supporting EMDR-based techniques that can be easily integrated into all levels of addictions treatment.

Therapists and substance abuse counselors will find this a useful guidebook to help them navigate the difficult and complex terrain of addiction treatment—one that recognizes and addresses trauma and integrates repair of attachment deficits.

Case material is interwoven throughout the text; also included are chapters presenting in-depth cases which illustrate the techniques. These cases include history and background of the clients as well as actual sessions employing the interventions specific to rewiring the addicted brain. 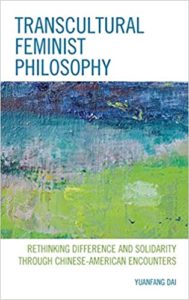 The question of difference—how to accommodate the complexity and diversity of women’s experiences—remains a central point of reference in debates among feminist thinkers. In Transcultural Feminist Philosophy: Rethinking Difference and Solidarity Through Chinese-American Encounters, Yuanfang Dai addresses influential approaches to the feminist difference critique. Acknowledging that gender oppression assumes different forms in different social and cultural locations, Dai denies that this rules out generalizing about women’s experiences. She proposes a category of women that captures and respects differences and dynamics among women and that can inform possibilities for women in the future. Through a critical examination of multicultural and postcolonial feminisms, she argues that we need both to rethink the concept of culture and to rework multiculturalism as an analytical and political idea. Developing a notion of transculturalism, she draws on Chinese feminist scholarship as she explores how a transcultural approach can address tensions between cultural differences and feminist solidarity. Transcultural thought and action offers a new way to explore the conditions of women’s collective struggles. 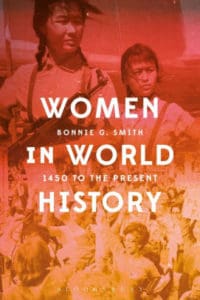 Women in World History brings together the most recent scholarship in women’s and world history in a single volume covering the period from 1450 to the present, enabling readers to understand women’s relationship to world developments over the past five hundred years.

Women have served the world as unfree people, often forced to migrate as slaves, trafficked sex workers, and indentured laborers working off debts. Diseases have migrated through women’s bodies and women themselves have deliberately spread religious belief and fervor as well as ideas. They have been global authors, soldiers, and astronauts encircling the globe and moving far beyond it. They have written classics in political and social thought and crafted literary and artistic works alongside others who were revolutionaries and reform-minded activists.

Historical scholarship has shown that there is virtually no part of the world where women’s presence is not manifest, whether in archives, oral testimonials, personal papers, the material record, evidence of disease and famine, myth and religious teachings, and myriad other forms of documentation. As these studies mount, the idea of surveying women’s past on a global basis becomes daunting. This book aims to redress this situation and offer a synthetic world history of women in modern times.