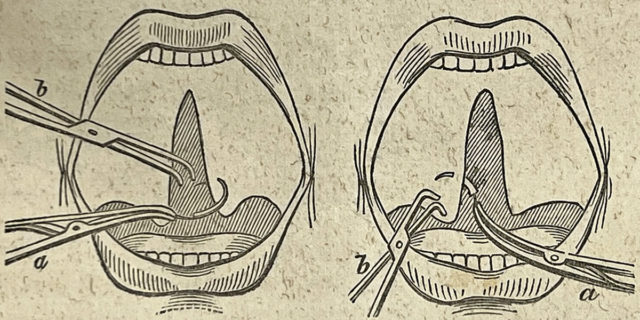 The Mütter Museum in Philadelphia is celebrated for its collection of anatomical specimens of rare conditions, from the famous (and infamous), as well as medical instruments. The museum was founded with an original donation from the collection of Thomas Dent Mütter.

Mütter was born in 1811 in Richmond, Virginia. Sickness is a common theme in Mütter’s life and he lost both of his parents by the time he was eight. He was raised by a distant relative in a seemingly supportive environment.

Money left to him by his parents allowed him to attend Hampden-Sydney College in Virginia and medical school at the University of Pennsylvania. Mütter himself fell ill during medical school. He left for Europe after graduation in the hopes of improving his health in a different climate and to further pursue his medical education.

In Paris, he worked with the aforementioned Dupuytren, and in London with Robert Liston. Mütter eventually put together a collection of lectures by Liston, which he annotated with 250 pages of his own.

Dupuytren was known for his exacting nature and Liston for his speed when performing a surgical procedure (which could mean the difference between life and death in the days before anesthesia and antibiotics). Mütter seems to have embraced the teachings of both his mentors, stressing the need for the simplest of tools and techniques when performing his reconstructive surgeries while trying to keep the pain and blood loss to a minimum.