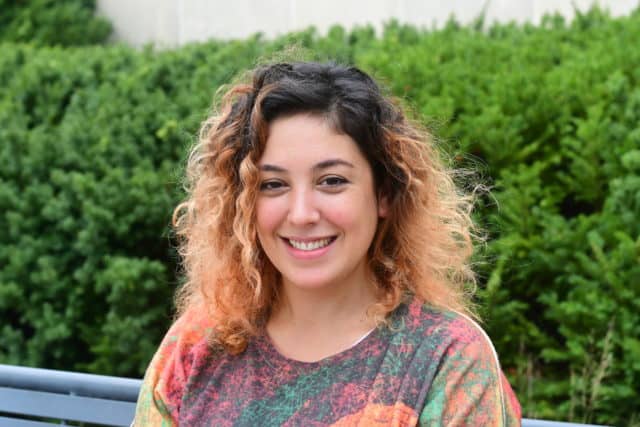 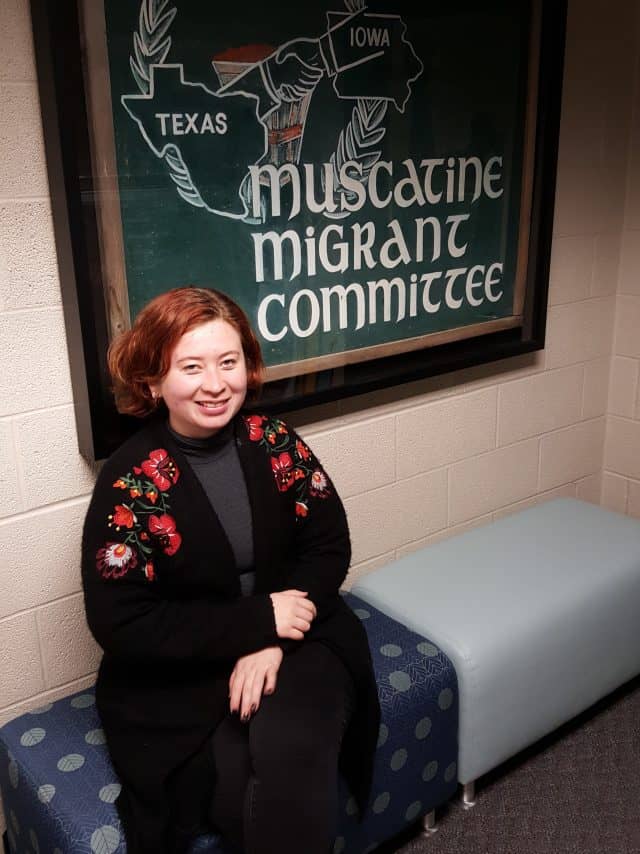 Have you ever heard a story that your grandparents, for example, told you and you were so fascinated to hear the story that you still remember it? With oral histories, a person is able to travel through time and imagine all the events and experiences that the narrator was living in those years. My name is Lupita Larios. I am an undergraduate student double majoring in Portuguese and International Studies with a track in Latin American Studies. I have been working at the Iowa Women’s Archives for almost two years, transcribing the Mujeres Latinas oral histories. I have really enjoyed listening to and transcribing the interviews. I have learned about the Mexican-American culture, the Mexican society of the 20th century, the transitions that a person has to face to belong to a new society, and how the Mexican-American community tries to put in practice their version of Mexican traditions.

I am fluent in Spanish and am able to understand most of the Mexican slang and Mexican colloquial language in the interviews. On occasion, I had to search for the meaning of some Mexican regionalisms like bolillo or words that are used in other countries like cipota, used in Honduras. Many of these interviews address issues such as migration and race. Some of the interviewees talk about the Mexican Revolution, discrimination, sexual assault, sense of community, LULAC, bilingual education, college experiences, and Mexico’s earthquake of 1985. My favorite parts of this project are the stories of how interviewees’ parents met or how they met their loved one, stories that made me laugh, or made me feel empathy for the person experiencing a difficult event in their life. Here are a few of my favorites:

Irene and Jose Guzman’s story
They are husband and wife residing in Des Moines, IA. Irene was born in Oklahoma City, Oklahoma and Jose was born in Kennedy, Texas, both with Mexican ancestors. What I liked about this oral history is that they were involved in the Migrant Action Program. This organization advocated for the rights of the Latinx migrants especially farmers, to have better housing, childcare and medical assistance. Most importantly, to let them know that they had rights and that they employers could not ignore them. I also appreciate listening to their stories of success and advocacy with the Latinx community through this program.

Berta Murillo’s story
Berta was born in Mexico City in the metropolitan area of Coyoacán in 1946. What is fascinating about this story is that her descriptions of the streets of Mexico City transported me there. I was able pass the Hernan Cortez headquarters on her way to school; she described museums, baroque churches, and the Casa Azul, which is the Frida Kahlo Museum. In addition, it was very interesting to learn that her grandfather, Mardonio Magaña, was an important sculptor in the Mexican arts that gained the respect and support of Frida Kahlo and Diego Rivera. When Berta and her brother visited some family in Des Moines, she met Eddie. Eddie was learning Spanish and Berta was learning English. They kept in touch through letters to practice until their friendship grew into romance and they married.

Ana Ahern’s story
Ana was born in San Buenaventura, Honduras in 1929 where she grew up on a farm. Unfortunately, she wasn’t able to go to school in Honduras, because her father was afraid that she would run away if she fell in love. However, she still wanted to learn how to read and write, so she paid a teacher until her father found out and prohibited her from studying. After she moved to the United States, most of her employers abused of their power by making her work long hours without liberty or benefits. One employer even took her passport so that she could not look for other jobs or go back to Honduras. After she had saved enough money to open a convenience store in Honduras, she decided to go back. The most heartbreaking part of her story is that when she returned, she discovered that her sister wasn’t taking care of her children like she had promised. The most devastating thing Ana recalled was that her daughter was living in rags and her ex-husband had taken their son to the banana plantations. Ana had to pay three hundred dollars to her brother in law to get her son back.

These are just a few stories that I had worked on, but I always find something that is very interesting and that as Latina I can identify with. Even if people are not doing research for a paper, or looking for primary sources, I recommend that they take some time to come and read a little bit about the lives of some Latinas that arrived in Iowa. Read about the hardships and stigmas they faced, the new changes that they had to make, the racism they faced, their education and employment experiences, and their communities. Enjoy the ride and visit Iowa Women’s Archives!