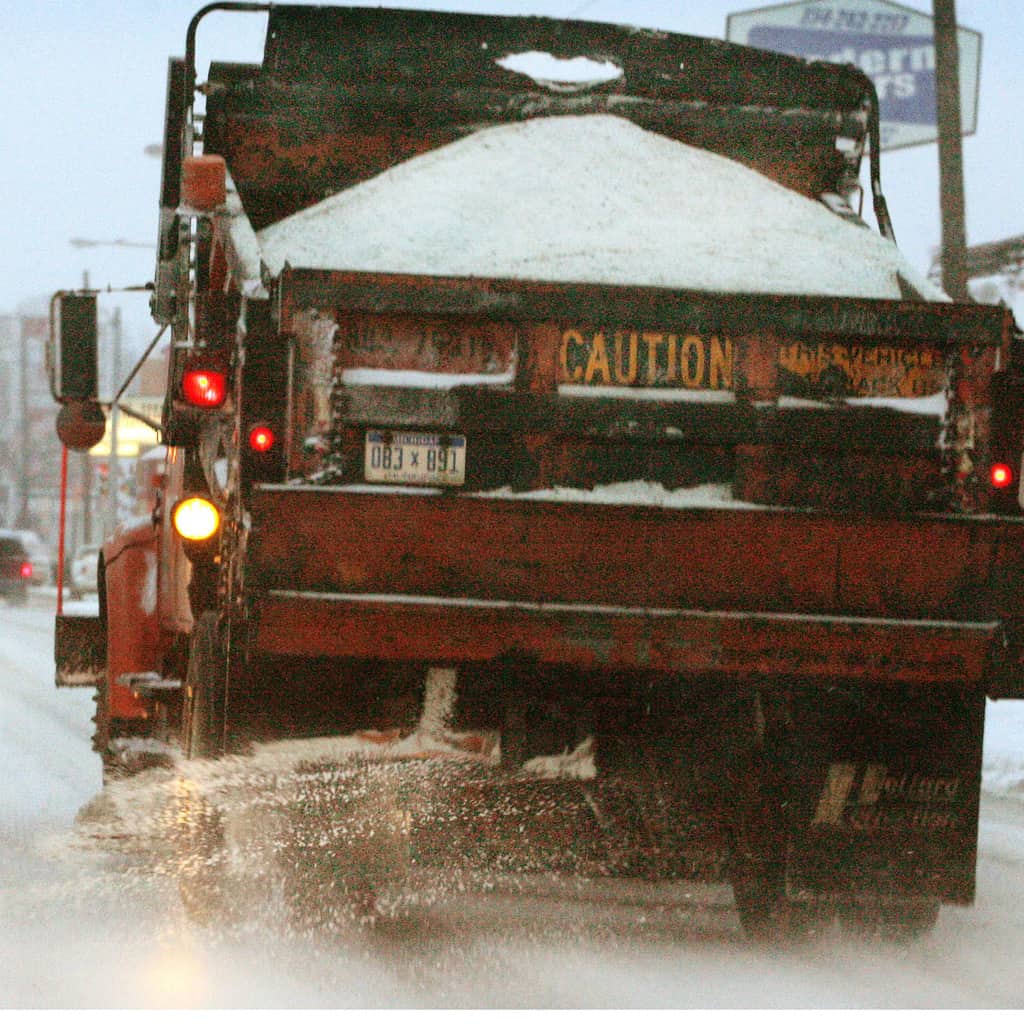 We haven’t had a lot of ice and snow here in Eastern Iowa,
but winter isn’t over yet! 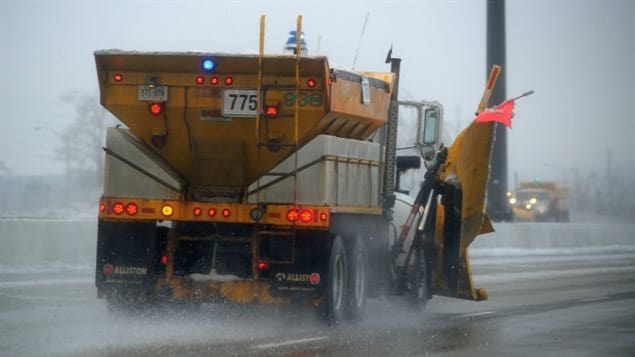 When we think of those big trucks with the plows, clearing and de-icing our roads, we often call them “sand trucks.” But there is much more than simply sand in those trucks. You know the white stains you get on your shoes and the hem of your pants? Those stains are the result of the salt which is also used for de-icing roads and walkways.

Road salt lowers the freezing point of water, which thaws the ice and allows vehicle tires to reach the pavement for traction. Salt does make winter driving safer, but also leads to corrosion on vehicles – both cars and the road maintenance trucks. The rust and corrosion occurs on the underside of the vehicles making it hard to detect. It is recommended that consumers use car washes – with an under carriage spray – on a regular basis.

A road maintenance truck is made of many different components – not just steel, but many softer metals that can be found in the wiring and other places on the truck. More and more liquid de-icers are being used and they more easily penetrate the nooks and crannies of the truck’s underside, causing more corrosion. There are several methods which are used to minimize the corrosion – coatings, additives, and cleansing techniques. Another option is to do nothing, and accept the lessened equipment lifetime.

The chemicals that are used in the sand and salt mixture are formulated for different temperatures and types of snow.

The effectiveness of a de-icer is measured by the range of temperature in which it provides de-icing in a reasonable length of time. So, after the truck goes by, how long do you need to wait before the roads are safer to travel? Generally that time-frame is about 15-20 minutes.

Different chemicals have differing temperatures at which they are most effective. Calcium Chloride is effective at the lowest temperature, as seen below.

Here’s an interesting fact: in the United States and Canada, more salt is used on snow and ice than with cooking! Every year, nearly 140 pounds of salt per person are applied to roadways in the US alone. That amounts to over 20 million tons of salt. And that doesn’t include the use of salt on sidewalks, walkways or parking lots!

We sometimes hear the words “snow and ice control.” How is it possible to “control” snow and ice? Interestingly enough, there is a “heat island” effect around major metropolitan areas. The heat that is emitted by those major cities can modify the climate enough that the amount of snowfall is reduced or rain (or freezing rain) falls instead of snow. You’ve heard of covered bridges? They were – and are – built to protect bridges from snow and ice. Ever wonder why bridges are more slippery than the roadways? Both the roadway and the underside of bridges are exposed to the cold, making them more susceptible to ice – those covered bridges protect the top, making the bridges that much safer!

Sand, salt and chemicals are the common ways to de-ice roadways. However, there are some new methods that are gaining traction (see what I did there?). You may have heard that beet juice and brine – cheese brine – are being used to de-ice roadways. A company in Indiana is distributing a sugar beet molasses-based product that is mixed with rock salt. The mixture helps rock salt melt ice below the 15o limit. We know from our pancake and waffle experiences that syrup and molasses are very sticky. That is actually an advantage – that stickiness helps prevent the rock salt from bouncing off roadways as cars drive past.

And, cheese brine? Wisconsin (the “cheese state”) is turning to cheese brine to help with icy roads – it helps keep roads from freezing. Cheese brine is a farm waste product so the Wisconsin DOT often gets the brine for free. The downside is there are environmental concerns about effects on rivers and lakes if significant amounts were to enter the waterways. Another downside is, well, there’s an odor…

Want a little help clearing your sidewalks and driveways, check out the Autonomous Snowplow Competition!

In case an autonomous snow plow isn’t in your future, there are now a number of different types of snow shovels, snow blowers, and ecological- and pet-friendly de-icers for your driveways and walkways.

Keep a safe distance from road maintenance vehicles, watch for ice and snow on uncleared roadways and be sure to clear your driveway and walkways – in other words – be safe this winter!

Nixon, Wilfrid A. 2009. Investigation of materials for the reduction and prevention of corrosion on highway maintenance equipment. Iowa City, IA : IIHR-Hydroscience and Engineering, University of Iowa. Engineering Library TE233 .N59 2009

Method and device for de-icing of trains. Patent

Wilfrid A. Nixon. Emeritus Faculty, Civil and Environmental Engineering. The University of Iowa College of Engineering.