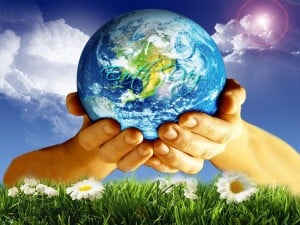 April 22, 1970 was the first Earth Day. Founded by Senator Gaylord Nelson, WI, it brought the environment to the forefront of awareness – on both personal and political levels. It also led to the formation of the Environmental Protection Agency. In 1990, Earth Day went global, with 5,000 environmental groups in 84 countries participating.1

There are more and more creative ways to reuse, recycle, and repurpose our waste products. Many of these solutions are being developed globally. “My Shelter Foundation,” based in the Philippines, uses recycled plastic bottles as solar light bulbs in the project, “Liter of Light.”2 In parts of Ethiopia it doesn’t rain for as much as 6 months in a row, which makes growing food a struggle. “Roots Up,” an organization based in Gondar, north of Ethiopia, has designed a new greenhouse that will use dew to not only water the plants in the greenhouse, but also provide clean drinking water.3

A smog-eating building has been designed to help battle air pollution. Torre de Especialidades, a hospital in Mexico City, is shielded by a façade  made with special air-scrubbing tiles. Milan, Italy, is preparing for a world’s fair and the main pavilion is being constructed with photocatalytic concrete with titanium dioxide, which, when hit by sunlight, will break down air pollution. The pavilion also includes a rooftop solar array which will heat the building during the day.4

Wondering what is going on locally this month?

Over the years, Earth Day has evolved into Earth Month, and the University of Iowa Office of Sustainability, along with the UI Environmental Coalition, has scheduled a variety of fun and educational events throughout April. Activities include a Bike Tune Up, Student Garden Open House and a Sustainability Celebration. Visit their website to access the calendar and learn more about the activities. Be sure to like our facebook page and  and check our Twitter feed (@UIEngLib) to find out about all the resources we have here for you!

The U.S. Green Building Council (USGBC) has a Leadership in Energy and Environmental Design (LEED) program.The LEED program encourages sustainable building practices, believing better buildings are “…places that complement our environment and enhance our communities…”5 The University of Iowa maintains a minimum LEED Silver Certification standard for all new construction and any major renovations. There are currently eight LEED buildings on campus and four more projects pending.6

All of the Iowa Universities are working to expand energy efficiency. The UI is implementing “Energy Smart Scheduling” over the summer months. The program “…compacts classroom scheduling and consolidates the use of occupied spaces on campus…” Instead of cooling seldom-used buildings for summer classes, classes are relocated to buildings which need to be cooled. This is the second summer for the program at UI. The first year saw savings of $10,000.7

So, what can you do?

Before you till up the weeds to add a garden – look at which weeds are growing and where. Different weeds require different types of soil and studying them can help you know what your soil is like. Some need an acidic or alkaline soil and others thrive in damp, deep and fertile soil. And, when you do pull those weeds, think before tossing them in your compost pile – the temperature of the compost needs to be warm enough to kill the seeds or when you spread that lovely, rich, compost, you’ll be planting new weeds. 8 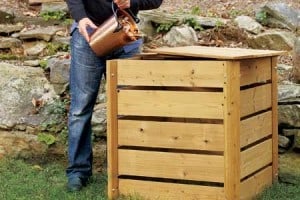 Have cockroaches? Use thin slices of cucumbers on a paper towel in the back of cupboards. They are also repelled by bay leaves, pyrethrum and vanilla beans.  Spiders? Leave the daddy-long-legs alone. Their pincers can’t pierce human skin, but they are venomous and when they fight with other spiders – they win. Silverfish like cereal, so put some cereal in a glass jar and put tape around the outside of the jar. The tape will help the silverfish climb in after the cereal, but once they are in the jar, they can’t get out!12

Changes are happening globally and locally. Are you making changes?

Remember one person can make a difference!