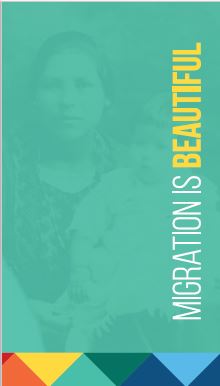 Pericles in City Park from the Riverside Theater. Info: http://daily-iowan.com/2016/06/16/shakespeare-at-sea-opens-riverside-in-the-park/

King Lear on the lawn at Salisbury House in Des Moines from Repertory Theater of Iowa. Info: http://rtiowa.com/king-lear/

Big News From the University of Iowa Center for the Book:

The University of Iowa Center for the Book has been testing the numbers from historic records that indicated early paper making shops could make 2000 sheets a day. After several attempts, this year, they matched that output:

They did it! 2000 sheets in one day! Congrats to all who participated!

The tribbles multiplied this week, but they are contained. Don’t worry, we’ve got everything under control.

Preparations are underway to launch the Iowa Women’s Archives’ Migration is Beautiful website and accompanying 8×8-foot popup exhibit of Iowa Latina/o history at the national LULAC convention in Washington DC in July. Thanks to the Friends of the University of Iowa Libraries for making the physical exhibit possible! 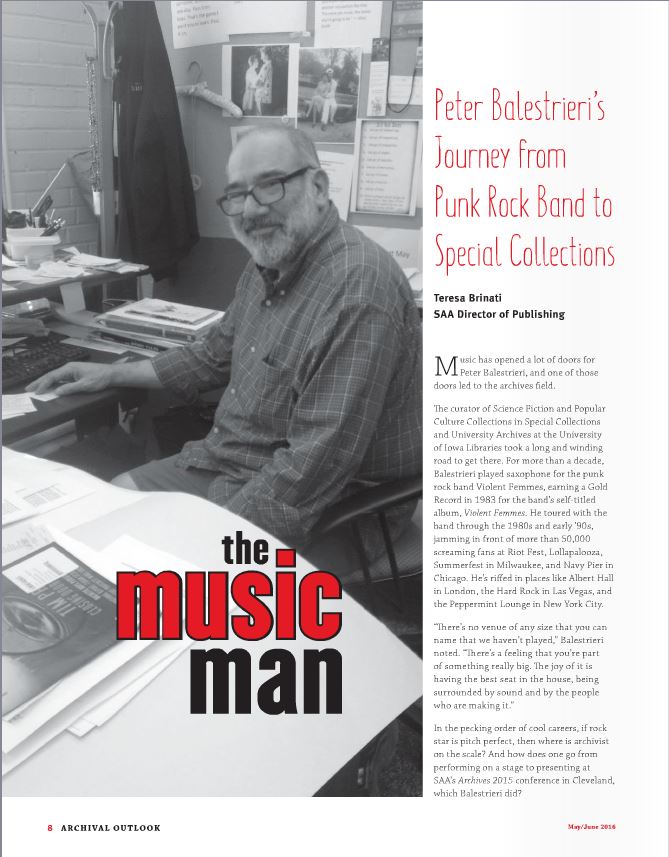 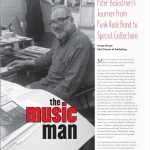 Curator of Science Fiction and Popular Culture, Peter Balestrieri is featured in the Cover Story of the May/June issue of Archival Outlook from the Society of American Archivists.

“Archivists are artists,” Balestrieri remarks, reflecting on his punk rock gig with the Violent Femmes and how a life with music and libraries intertwined eventually led him to Special Collections.

The UI Libraries hosted Nicholas Meyer, who made an appearance as a guest speaker in conjunction with the Main Library Gallery exhibition 50 Years of Star Trek.

Storify of Tweets from the event.

Video from his talk is available here:

English Department Shakespeare Professor Adam Hooks joined us for an episode of Staxpeditions. Can you guess where his favorite call number range might lead?

Helen Hiebert’s Interluceo arrived recently, at the request of several UICB faculty members. Interluceo is a collaborative work, blending Helen’s paper and watermarks with papercut illustrations by Beatrice Coron and a binding by Claudia Cohen. It’s a beautiful example of how the talents of multiple artists can come together to tell a fascinating story using the form of the book itself. Photos and video really don’t do it justice! – Margaret Gamm 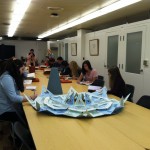 Spring Break week we had two class sessions: one from Grinnell and one from Coe College. Special collections staff co-taught a one credit museums studies spring break course with campus museum curators.

This week, we’re clearly back in business! We’ve supported 12 class sessions including: a graduate Spanish class, a graduate English class, a high school visit to see medieval manuscripts, English as a Second Language, Center for the Book, undergraduate English, and a class for the School of Library and Information Science. – Amy Chen

These broadsides have been here for some time, but haven’t made it all the way through processing yet, so I’m still counting them as new! I’ve been walking by them every day admiring the color and fine lines of the illustrations. -Margaret Gamm xf PS3569 P48 R3 1986

Over the summer members of the University of Iowa Special Collections team visited Las Vegas for the American Library Association and stopped by Bauman Rare Books to chat with Rebecca Romney, who you also might recognize as the rare book appraiser on the History Channel series “Pawn Stars.”  While there they let the cameras roll as they chatted with Rebecca Romney about the rare book field, collecting rare books, and the types of research that rare book dealers do that ends up being incorporated into catalog records and supporting academic research, all while taking a look at some particularly delightful rare books that they had in the shop.

Here is the result of the trip:  A five video series.  Enjoy!

The first video:  Down the Rabbit Hole.  This one includes an edition of “Alice’s Adventures in Wonderland” illustrated by Salvador Dalí.

The second video: The Game is Afoot.  The team analyzes the lasting power of favorite characters such as Sherlock Holmes and Lizzie Bennet who continue to thrive through fan works and new interpretations.

The third video: It’s a First Edition Pride and Prejudice!