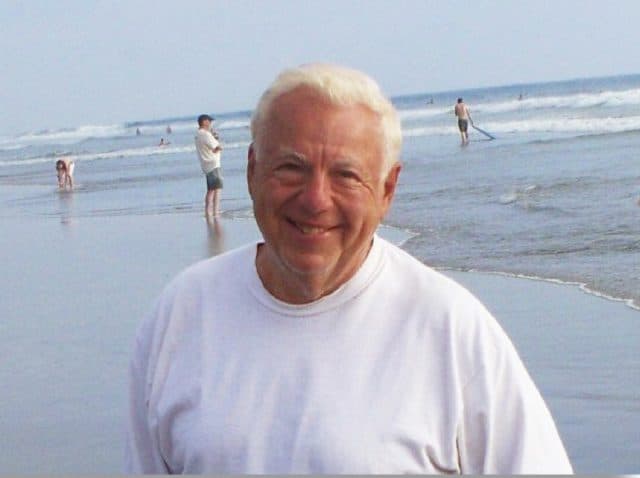 The following is written by graduate student Bailey Adolph, who is processing the Sam Hamod Papers.

“Thus, we gain richness from our heritage—but we should not be limited as writers by our ethnicity.”

—Sam Hamod, “Ethos and Ethnos: The Ethnic Writer in the USA”

At the beginning of the summer, the University of Iowa Special Collections & Archives acquired the papers of Sam Hamod, a revered Arab American poet and graduate of the Iowa Writers’ Workshop. Hamod is known for his unique perspective that comes through in his poetry and gives the reader insight into the Arab American experience.

The papers came in eight boxes, and once staff started to unpack and organize them into sections, Hamod’s rich story began to be revealed. Though the collection mostly consists of poetry and prose, several documents shed light on all parts of his life: his childhood, his college days, his time as a professor, and his experiences in the Arab American community. There is much more to be uncovered, but the following is intended to serve as a foundation for further discussion of Sam Hamod as a poet and member of the community. 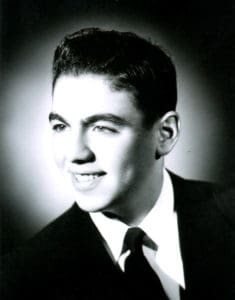 Sam Hamod was born in a boarding house hotel, owned by his parents, in Gary, Indiana in 1936. His father immigrated to the US from Syria sometime between 1914 and 1920, and his mother was born in Fort Dodge, Iowa to parents who immigrated from Syria to the US around 1905. He states that “my earliest recollections are of my father, mother and maternal grandfather, plus a lot of guys who roomed at the hotel and ate with us— gandy dancers, railroad firemen and engineers, open hearth workers— everything— and from every nationality in the world.” Men would come to stay at their boarding house hotel while they worked in the steel mills and railroads around Gary and Chicago which allowed him to hear different languages and dialects throughout his childhood. In one of his writings titled Growing Up In Iowa: Days of Arabs, Apple Cider and Dreams, he describes an incident in which he did not know how to fix something on a car, but his cousin did, which embarrassed him. However, he goes on to state:

“I always felt bad, but later I rationalized, or maybe it was the truth, that my cousin was raised in that business and liked it and therefore knew more about cars– and he did know a lot more than I did. As for me, I felt I knew more about people than cars, partly because I’d been raised my first four years in a boarding house hotel, and because I enjoyed talking with people more than fixing cars.”

His upbringing in the boarding house, and later in his father’s tavern, allowed him to be around people all the time, setting the foundation for his writing as an adult.

In the late 1940s and early 1950s, Hamod spent many summers in Cedar Rapids, Iowa, working for the family business and going to the Islamic Mosque to learn Arabic and about his parents’ religion. He went on to pursue his education by getting his bachelor’s degree in communications and business in 1957. Though he initially started law school, Hamod left and returned to Gary, Indiana to own and run the Broadway Lounge from 1958 to 1959. However, after two years, he gave the bar to his father and pursued a master’s degree from Northwestern University. When describing his experience and the Broadway Lounge itself, Hamod states that it was, “a roughhouse type of place, but big and fast, and I had B.B. King and Muddy Waters play on weekends. Even old Redd Foxx told his dirty jokes there. But it got to be too much hassle, so I went back and earned an MA then began teaching at universities. During this time I also did some traveling in and over the world, got married, and had two children (David and Laura).”

Hamod returned to Iowa when he started at the Iowa Writers’ Workshop, graduating from the program in 1973. He has said that his poetry did not really come alive until he started the program and met certain individuals.

“Anselm Hollo, Jack Marshall and some other friends believed in me, and after some crucial things happened in my life, some good poems came out on paper. Also meeting David Kherdian, and hearing him talk through his big, black, bushy mustache— the meeting of the Arab poet with the American poet— once again proved to me that my blood was an important source for my poetry.” 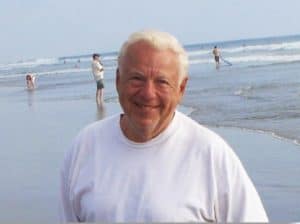 Since the 1960s, he published several books of poetry and appeared in dozens of anthologies. Additionally, he was nominated for two Nobel Prizes, once in Literature and once in Poetry, and his book, Dying With the Wrong Name, won the Ethnice Heritage Award in 1980 and was nominated for a Pulitzer Prize. He also taught at several universities including Howard University, the University of Michigan, Rider University, and Princeton University, where he would teach creative writing as well as lectures about the Middle East and Islam.

Read more about Dr. Hamode Sam Hamod in his obituary from the National U.S.-Arab Chamber of Commerce.

After the Funeral of Assam Hamady (1971)