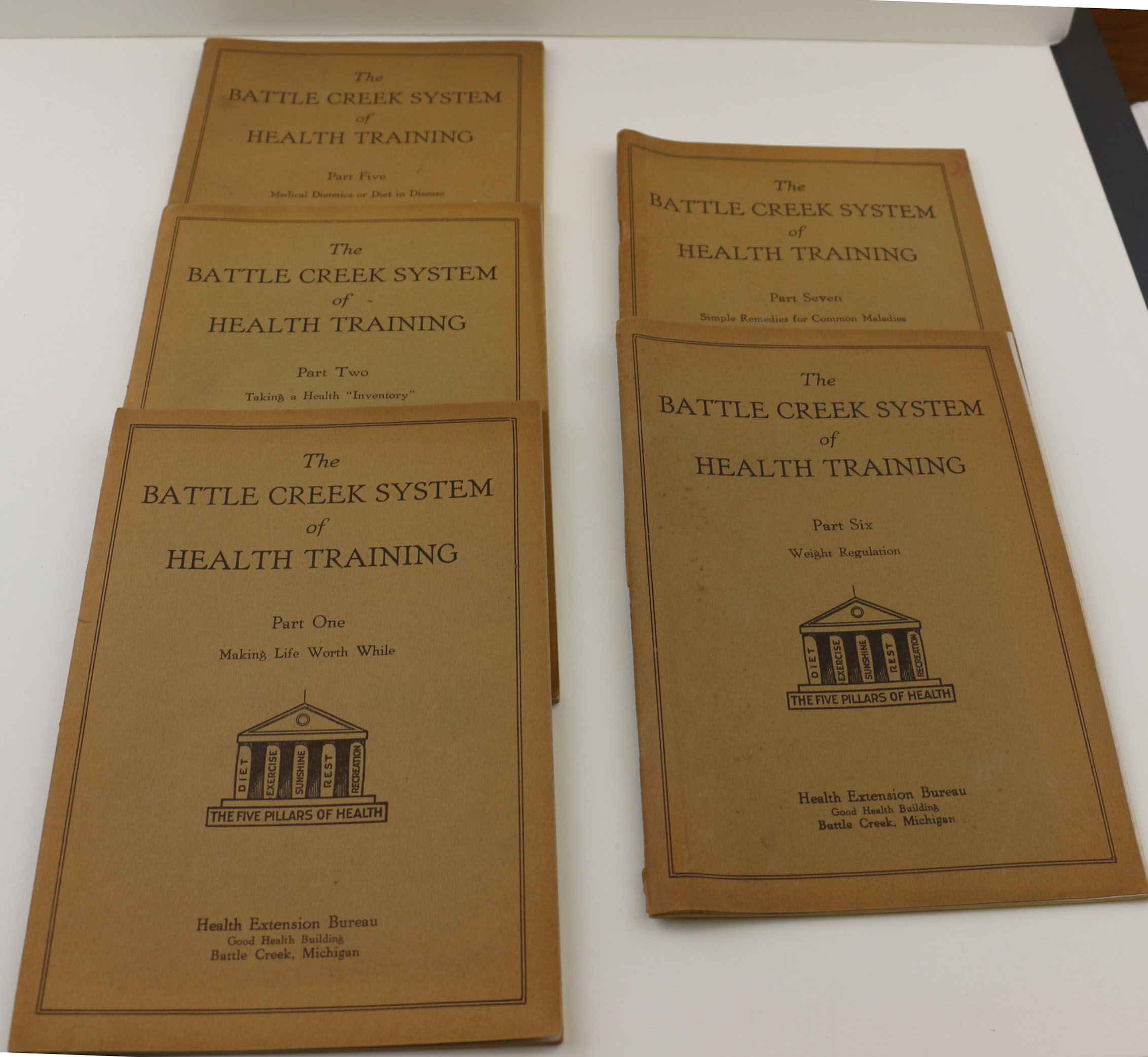 The Battle Creek Sanitarium was opened in 1866 by John Harvey Kellogg and his brother W. K. Kellogg, promoting health through a regimen of dietetics, exercise, hydrotherapy, phototherapy, thermotherapy, electotherapy, mechanotherapy, and enemas. They were joined in this enterprise by C.W. Post. In some areas they were ahead of their time, such as their emphasis on a low fat diet including whole grains, fiber-rich foods, and nuts, as well as getting lots of fresh air and exercise. But other areas were on the fringe and were open to ridicule, such as the treatment the Sanitarium received in the book and movie The Road to Wellville, the title of which is a spoof of John Harvey Kellogg’s book The Road to Wellness. The Sanitarium suffered during the depression and was scaled back in 1933 and permanently closed in 1952. What lives on are the cereals created by the Kelloggs and C.W. Post Companies, derivatives of the healthy foods promoted by the Sanitarium. 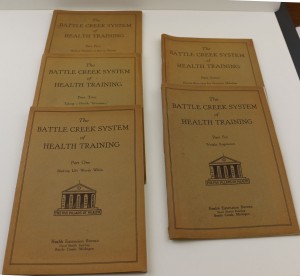 In the Brinton collection we recently found these books, entitled The Battle Creek System of Health Training. While not emanating from the Sanitarium, the books are from Battle Creek’s Health Extension Bureau and carry a publication dates of 1922 and 1924, during the height of the Sanitarium’s popularity. There were seven volumes in the series: 1) Making Life Worth While; 2) Taking a Health Inventory; 3) The Digestibility of Different Foods; 4) Foods and Feeding; 5) Diet in Disease; 6) Weight Regulation; and 7) Simple Remedies for Common Maladies.

The books in this collection are in near perfect condition. Unfortunately volumes 3 and 4 are missing so this is not a complete set. On a search in OCLC First Search, only four other libraries were named as having these volumes.