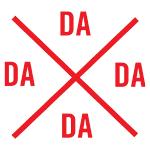 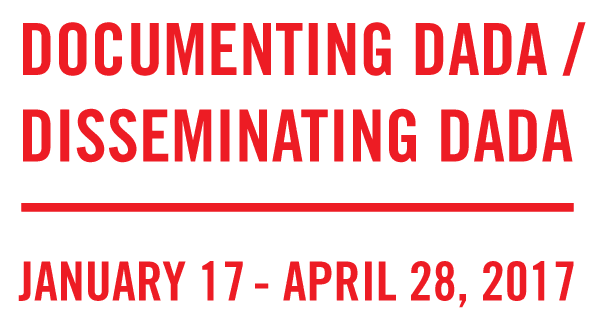 Documenting Dada / Disseminating Dada is an exhibition featuring items from the University of Iowa Libraries’ International Dada Archive, the world’s most comprehensive collection of material related to the Dada movement. Timothy Shipe who is the curator of the International Dada Archive and a librarian in Special Collections curated the exhibition.

From 1916 to 1923, a new kind of artistic movement swept Europe and America. Its very name, “DADA,” was notably missing the obligatory “ism,” distinguishing it from the long line of avant-gardes that had determined the preceding century of art history.

More than a mere art movement, Dada claimed a broader role as an agent of cultural, social, and political change. Its proponents wanted to affect all aspects of Western civilization, to take part in the revolutionary changes unfolding as inevitable results of the chaos of World War I.

The Dada movement was perhaps the single most decisive influence on the development of twentieth-century art, and its innovations are so pervasive as to be virtually taken for granted today.

This exhibition highlights Dada’s printed output, which documents the ephemeral aspects of the movement and shows how the dadaists used their publications to spread the movement beyond its origins in Zurich.

On January 18, 2017 the exhibition was officially opened with a ribbon cutting. The ribbon cutting involved creating a Dadaist poem inspired by the instructions from Dada writer Tristan Tzara:

Take a newspaper.
Take some scissors.
Choose from this paper an article the length you want to make your poem.
Cut out the article.
Next carefully cut out each of the words that make up this article and put them all in a bag.
Shake gently.
Next take out each cutting one after the other.
Copy conscientiously in the order in which they left the bag.
The poem will resemble you.
And there you are—an infinitely original author of charming sensibility, even though unappreciated by the vulgar herd.