Patrick Olson joined us at the beginning of last semester as a new Special Collections Librarian in charge of collections analysis and acquisitions.  Patrick was most recently a rare book cataloger at M.I.T and came to Special Collections librarianship via the rare book trade.  Stop by and ask him about rare books or climbing mountains!

With Patrick in place, Special Collections has seen a flurry of activity this semester with boxes arriving almost daily with new donations and purchases.  The items are in various stages of being catalogued and processed so what follows here is an overview of new arrivals, with more announcements to follow soon.

Most recently we announced an extremely important purchase of twelve incunables (books from ~1450-1501).  Read our blog post and stay tuned, we’ll have updates as they are cataloged and ready for research.

Arthur Asa Berger Papers  [University of Iowa alum and professor emeritus of Broadcast and Electronic
Communication Arts at San Francisco State University, where he taught between 1965 and 2003 and author of more than 60 books.].  More than 90 journals with a mix of drawings, photographs, personal life, and plans for books.

Continuing fanzine acquisitions from the Organization for Transformative Works from many donors including a large donation of early Star Trek fanzines.

Sam Becker, [Emeritus faculty], we received a copy of a Saroyan lay Western Awakening.  This was Sam’s copy from a production at the University of Wyoming and is signed by Saroyan.

Letter from Marion, Iowa [Regarding settling in to a new life in 19th c Iowa] 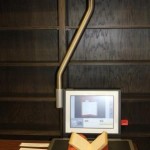 2 thoughts on “Looking Back on a Semester of New Acquisitions”