The Hope of Israel 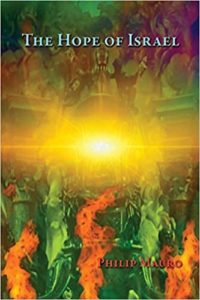 His entire argument can be summed up in this way: it’s a serious mistake to think that the faithful Jews in the Old Testament were hoping for anything less than the spiritual Kingdom of Christ that we Christians are hoping for.

And since Mauro had just extricated himself from Dispensationalism, he makes the point plain, over and over, that anybody who believes that the Jews (past or future) are going to receive a physical fulfillment of the Old Testament promises is just as much in error as were the Pharisees in Jesus’ day, who rejected outright the Lord’s efforts to turn them in a spiritual direction. 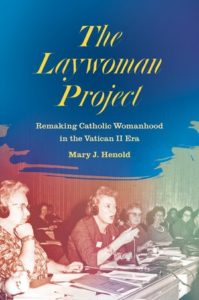 Summoning everyday Catholic laywomen to the forefront of twentieth-century Catholic history, Mary J. Henold considers how these committed parishioners experienced their religion in the wake of Vatican II (1962–1965). This era saw major changes within the heavily patriarchal religious faith—at the same time as an American feminist revolution caught fire. Who was the Catholic woman for a new era? Henold uncovers a vast archive of writing, both intimate and public facing, by hundreds of rank-and-file American laywomen active in national laywomen’s groups, including the National Council of Catholic Women, the Catholic Daughters of America, and the Daughters of Isabella. These records evoke a formative period when laywomen played publicly with a surprising variety of ideas about their own position in the Catholic Church.

While marginalized near the bottom of the church hierarchy, laywomen quietly but purposefully engaged both their religious and gender roles as changing circumstances called them into question. Some eventually chose feminism while others rejected it, but most, Henold says, crafted a middle position: even conservative, nonfeminist laywomen came to reject the idea that the church could adapt to the modern world while keeping women’s status frozen in amber.

The Life and Times of Samuel Prideaux Tregelles 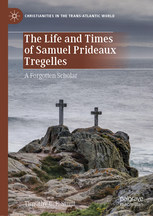 This book sheds light on the career of Samuel Prideaux Tregelles, and in doing so touches on numerous aspects of nineteenth-century British and European religious history.  Several recent scholars have celebrated the 200th anniversary of the German textual critic Tischendorf but Tregelles, his contemporary English rival, has been neglected, despite his achievements being comparable. In addition to his decisive contribution to Biblical textual scholarship, this study of Tregelles’ career sheds light on developments among Quakers in the period, and Tregelles’s enthusiastic involvement with the early nineteenth-century Welsh literary renaissance usefully supplements recent studies on Iolo Morganwg. The early career of Tregelles also gives valuable fresh detail to the origins of the Plymouth Brethren, (in both England and Italy) the study of whose early history has become more extensive over the last twenty years. The whole of Tregelles’s career therefore illuminates neglected aspects of Victorian religious life.

Christians and Muslims in the Middle Ages 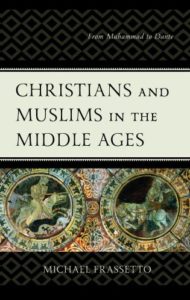 The conflict and contact between Muslims and Christians in the Middle Ages is among the most important but least appreciated developments of the period from the seventh to the fourteenth century. Michael Frassetto argues that the relationship between these two faiths during the Middle Ages was essential to the cultural and religious developments of Christianity and Islam—even as Christians and Muslims often found themselves engaged in violent conflict. Frassetto traces the history of those conflicts and argues that these holy wars helped create the identity that defined the essential characteristics of Christians and Muslims. The polemic works that often accompanied these holy wars was important, Frassetto contends, because by defining the essential evil of the enemy, Christian authors were also defining their own beliefs and practices. Holy war was not the only defining element of the relationship between Christians and Muslims during the Middle Ages, and Frassetto explains that everyday contacts between Christian and Muslim leaders and scholars generated more peaceful relations and shaped the literary, intellectual, and religious culture that defined medieval and even modern Christianity and Islam.

Thou Shalt Have No Other Gods Before Me 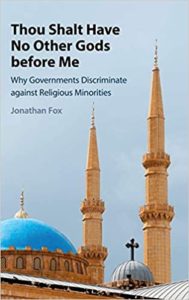 This book is among the most thorough and comprehensive analysis of the causes of religious discrimination to date, complete with detailed illustrations and anecdotes. Jonathan Fox examines the causes of government-based religious discrimination (GRD) against 771 minorities in 183 countries over the course of twenty-five years, while offering possible reasons for why some minorities are discriminated against more than others. Fox illustrates the complexities inherent in the causes of GRD, which can emerge from secular ideologies, religious monopolies, anti-cult policies, security concerns and more. Western democracies tend to discriminate more than Christian-majority countries in the developing world, whether they are democratic or not. While the causes of GRD are ubiquitous, they play out in vastly different ways across world regions and religious traditions. This book serves as a method for better understanding this particular form of discrimination, so that we may have the tools to better combat it and foster compassion across people of different religions and cultures. 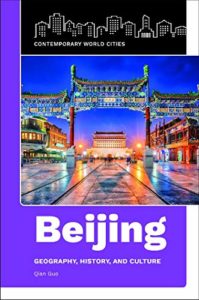 This comprehensive volume examines contemporary life and history in Beijing, covering such topics as culture, politics, economics, crime, security, the environment, and more.

While it is not China’s most populated city, Beijing serves an important role as the political and cultural capital of the country. This volume examines Beijing’s long history, contemporary society, and current challenges the city faces as we move further into the 21st century.

Geared toward high school readers, undergraduates, and general readers interested in learning about Beijing, this volume consists of 12 narrative chapters focused on geography, history, and culture. Coverage includes location, people, history, politics, economy, environment and sustainability, local crime and violence, security issues, natural hazards and emergency management, culture and lifestyle, popular culture, and the future. “Life in the City” sidebars feature interviews and memories transcribed by people who are from, lived in, or traveled through Beijing, while other sidebars offer cultural fun facts and travel tips. 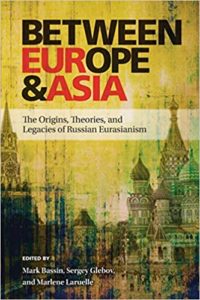 Between Europe and Asia analyzes the origins and development of Eurasianism, an intellectual movement that proclaimed the existence of Eurasia, a separate civilization coinciding with the former Russian Empire.  The essays in the volume explore the historical roots, the heyday of the movement in the 1920s, and the afterlife of the movement in the Soviet and post-Soviet periods. The first study to offer a multifaceted account of Eurasianism in the twentieth century and to touch on the movement’s intellectual entanglements with history, politics, literature, or geography, this book also explores Eurasianism’s influences beyond Russia.
The Eurasianists blended their search for a primordial essence of Russian culture with radicalism of Europe’s interwar period. In reaction to the devastation and dislocation of the wars and revolutions, they celebrated the Orthodox Church and the Asian connections of Russian culture, while rejecting Western individualism and democracy. The movement sought to articulate a non-European, non-Western modernity, and to underscore Russia’s role in the colonial world. As the authors demonstrate, Eurasianism was akin to many fascist movements in interwar Europe, and became one of the sources of the rhetoric of nationalist mobilization in Vladimir Putin’s Russia. This book presents the rich history of the concept of Eurasianism, and how it developed over time to achieve its present form.

How Europe Made the Modern World 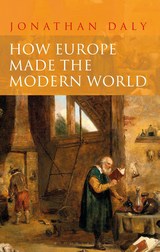 One thousand years ago, a traveler to Baghdad or the Chinese capital Kaifeng would have discovered a vast and flourishing city of broad streets, spacious gardens, and sophisticated urban amenities; meanwhile, Paris, Rome, and London were cramped and unhygienic collections of villages, and Europe was a backwater. How, then, did it rise to world preeminence over the next several centuries? This is the central historical conundrum of modern times.

How Europe Made the Modern World draws upon the latest scholarship dealing with the various aspects of the West’s divergence, including geography, demography, technology, culture, institutions, science and economics. It avoids the twin dangers of Eurocentrism and anti-Westernism, strongly emphasizing the contributions of other cultures of the world to the West’s rise while rejecting the claim that there was nothing distinctive about Europe in the premodern period. Daly provides a concise summary of the debate from both sides, whilst also presenting his own provocative arguments. 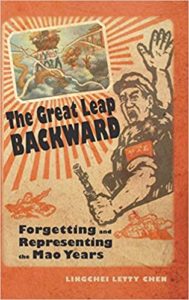 It is now forty years after Mao Zedong’s death and the end of the Cultural Revolution, and more than fifty years since the Great Leap Forward and the Great Famine. During this time, the collective memory of these events has been sanitized, reduced to a much-diluted version of what truly took place. Historical and sociological approaches cannot fully address the moral failure that allowed the atrocities of the Mao era to take place. Humanist approaches, such as literary criticism, have a central role to play in uncovering and making explicit the testimonies of both victims and perpetrators in “memory writing” in order to recover the truth of China’s history.

In this unprecedented study The Great Leap Backward, inspired by Holocaust studies, memory work such as fiction, memoirs, autobiographies, and documentary films that have surfaced since Mao’s death are examined to uncover the many aspects of the forces underlying remembering and forgetting. These are significant for they also embody the politics of writing and publishing traumatic historical memories in contemporary China and beyond. Beginning with a scar literature classic and ending with popular Cultural Revolution memoirs that appeared early in the twenty-first century, this study provides us with another important way through which memory studies can help us grapple with traumatic histories. 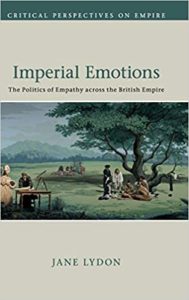 Emotions are not universal, but are experienced and expressed in diverse ways within different cultures and times. This overview of the history of emotions within nineteenth-century British imperialism focuses on the role of the compassionate emotions, or what today we refer to as empathy, and how they created relations across empire. Jane Lydon examines how empathy was produced, qualified and contested, including via the fear and anger aroused by frontier violence. She reveals the overlooked emotional dimensions of relationships constructed between Britain, her Australasian colonies, and Indigenous people, showing that ideas about who to care about were frequently drawn from the intimate domestic sphere, but were also developed through colonial experience. This history reveals the contingent and highly politicised nature of emotions in imperial deployment. Moving beyond arguments that emotions such as empathy are either ‘good’ or ‘bad’, this study evaluates their concrete political uses and effects.