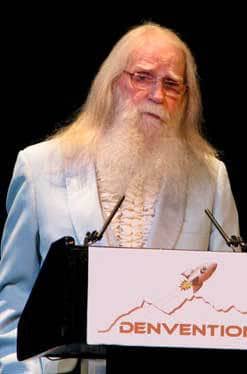 Fanzines of science fiction, fantasy and horror available to read and transcribe

What would you do with thousands of fragile leaflets, known as fanzines, that chronicle the history of science fiction? Such fanzines hold rich information too valuable to sit untouched, yet the materials cannot be handled without risking destruction.

At the University of Iowa Libraries, a digitization project is underway to save a large, notable zine collection.

The Hevelin collection spans decades of science fiction writing and fandom and holds examples of early writing by sci fi greats such as Isaac Asimov, Robert Heinlein, Ray Bradbury, and George R.R. Martin. With documents dating as early as the 1930s, the collection also reveals exchanges between writers and fans.

Enthusiasts and scholars will have online access to the Hevelin collection to study histories of fandom, trace our views of science and technology over decades, and examine fundamental shifts in our ideas of human progress.

Staff at the University of Iowa Libraries digitize each page of each publication through high-resolution photography. As the fanzines become available online, volunteers can transcribe them through the DIY History participatory archives platform. Once transcribed, the zines are fully searchable online, increasing their value to researchers.

The zines are also accessible in the Iowa Digital Library. As work is completed, more scans will be added to the existing online collections. News about the collection and further information on selected items is available on the Hevelin tumblr.

The term “zine” (derived from the word “fanzine”) refers generally to a small, informal, non-commercial publication. Because zines vary widely in style, they defy singular definition. However, most publications in this unique, often handmade print genre have a small, niche following. Some are circulated  via subscription, but they are often distributed informally among interested parties. Zine publishers express a raison d’être driven by a desire to uphold principles of free expression rather than a desire for monetary profit.

With the exception of late 19th century amateur press hobbyists, zines entered the cultural milieu as a specific and noticeable phenomenon in the 1930s, when the emerging science fiction fan community began to create “fanzines” as forums for their own stories and opinions on published SF writing and films.