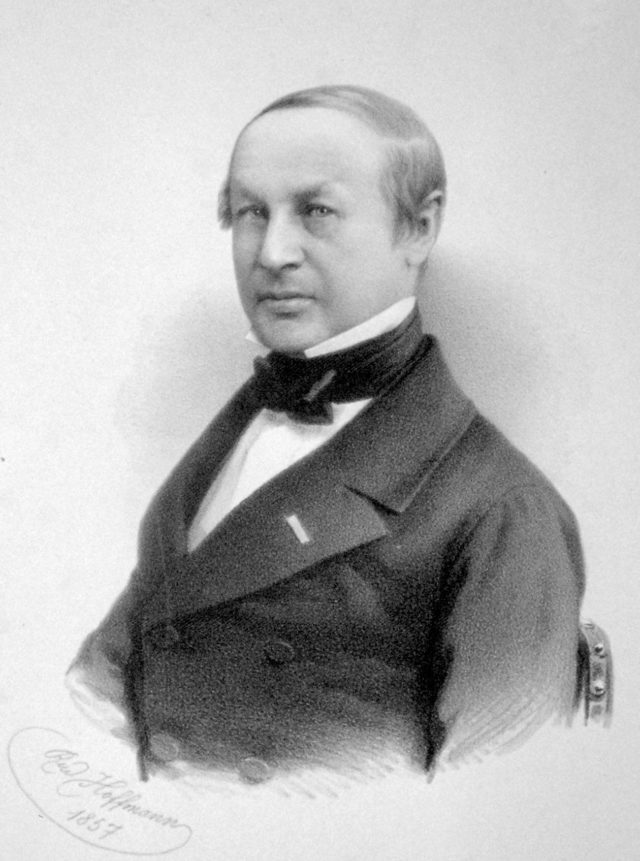 Schwann was an energetic and talented researcher, inventor, and teacher. He is recognized for many contributions to medical science. Easily his greatest contribution, though, is this foundational work on extending cell theory to animals. Working for his mentor, Johannes Peter Müller, in 1837 the 27-year-old Schwann was using the most powerful microscopes of the day to examine and describe various types of animal cells.

In one of those wonderful moments of scientific serendipity, he happened to be dining with his close friend the botanist, Matthias Jakob Schleiden, when they began to discuss plant cell nuclei. Schwann quickly realized he had seen similar structures in animal cells and that animal cells must function similarly to plant cells: as foundational structures for all living things. Schwann and Schleiden worked together to confirm this. Schwann extended the research with several more experiments on a variety of animal tissues, eventually publishing Mikroskopische in 1839.

By the middle of the 19th century, his two main conclusions, that cells are distinct, but function as the foundational, organizational structures for all living things, became the accepted description for the basic structural components of life. His third conclusion about the formation of cells was not supported by further experimental evidence and was eventually discarded. Regardless, Schwann’s work created the foundation upon which rested the important discoveries of the next century in biology and the medical sciences.

The volume we have was rebound with brown cloth. Pasted to the cloth binding are fun marbled papers, and the outside edges of the text block are decorated with a speckling of red. Inside, the paper is in good shape, although there is clear staining and rippled pages that indicate the book got very wet at some point. Someone took good care to stabilize, clean, and rebind it, although the original binding was lost to us along the way.

If your German is a little rusty, you are in luck! We also have an English translation by Henry Smith from 1847. If you are interested in seeing these or any other rare materials, please contact Damien Ihrig at damien-ihrig@uiowa.edu or 319-335-9154 to arrange a visit in person or over Zoom. 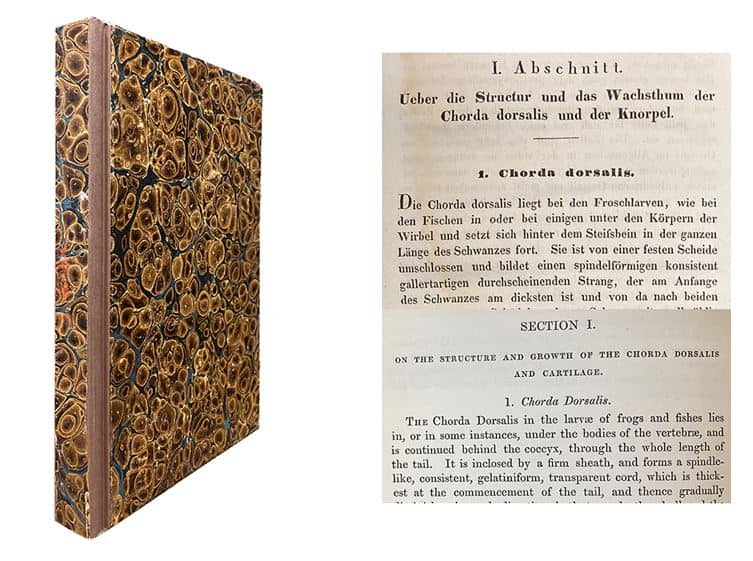