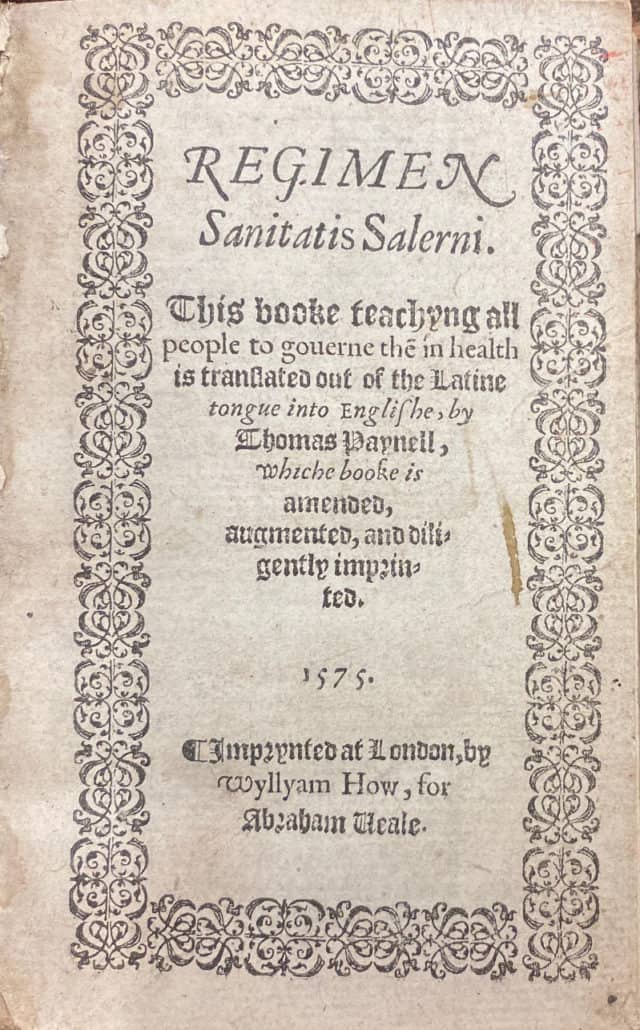 Make an appointment to view in person or by Zoom with curator damien-ihrig@uiowa.edu or by calling 319-335-9154. 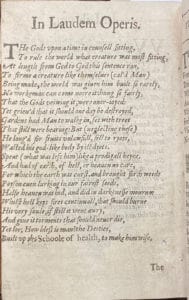 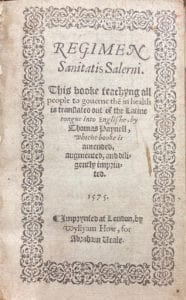 Although not a physician, Sir John Harington (1561-1612) was highly regarded as a man of learning, wit, and great culture. He wrote several works dealing with sanitary engineering; among them was one describing the modern water closet.  Harington first translated the poem into blank verse in 1609.

Authorities disagree even as to the approximate date of the original composition of this poem, but a date near 1100 would probably not be far wide of the mark, although it seems not to have been widely known until the middle of the thirteenth century. The poem believed to have emanated from the school of Salerno; at least, that school’s chief claim to popular fame rests with this long didactic poem which sums up most of the practical medical literature up to its time. 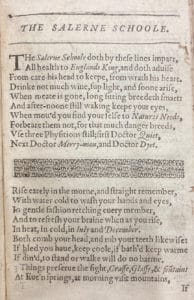 The work itself is actually a catch-all of advice and instruction on how to preserve health, rules of hygiene and diet, simple therapeutics, and other instruction intended more for the laity than for the medical profession.  Thousands of physicians memorized this poem.  After the invention of printing, nearly nearly three hundred editions were published, in Latin as well as in several vernacular languages. Numerous variations and additional verses which accrued through the years have doubtless obscured the original state of the Regimen, but this collective effort remains one of the most revealing medical works of the Middle Ages. 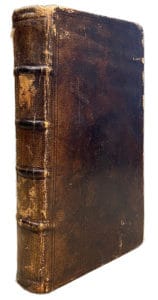 Individuals with disabilities are encouraged to attend all University of Iowa–sponsored events. If you are a person with a disability who requires a reasonable accommodation in order to participate in this program, please contact Damien Ihrig at damien-ihrig@uiowa.edu or 319-335-9154.