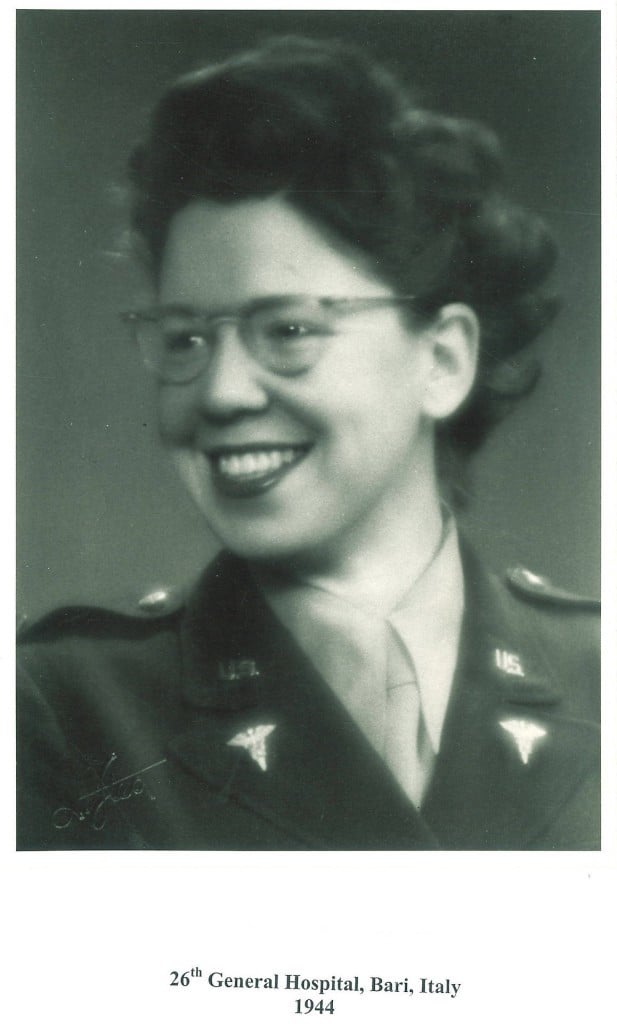 Myrtle Kitchell Aydelotte entered the Army Nurse Corps as an assistant chief nurse at the 26th General Hospital in North Africa in 1942, and in 1945 became chief nurse at the 52nd Station Hospital in Italy. At the University of Iowa, she held many positions from 1949 through 1976, including professor of nursing, Director and Dean of the College of Nursing, and director of nursing for the University of Iowa Hospitals and Clinics.

In 2008, Kathleen Krebs interviewed Aydelotte about her WWII experiences. Here are some excerpts from her summary of the interview:

“North Africa was a completely different and tremendous learning experience for Kitch and all of her unit. They landed to warmth, sunny skies, exotic aromas, ragged beggars, chaos, and the welcome availability of fresh fruit that, while it was most welcome, also made many nurses sick because it was so long since they had had any. Their bodies had become overly sensitive to citrus.”

“Keeping things sterile was the number one priority and amid blowing dirt and sand, operating almost continuously with insufficient supplies, and with many infected wounds, this was a major priority and vigilance was at a maximum to prevent cross-contamination of patients. Flies were the bane of their existence and they discovered that their helmets were all-purpose vessels: they could bathe, shampoo, and launder in them.”

Myrtle K. Aydelotte donated her papers, including her memoirs, to the Iowa Women’s Archives in 1996.