Learn about the basic features of common citation management tools and discover which one is most appropriate for your needs. Class will include brief demonstrations of 4 tools: RefWorks, EndNote, Mendeley, and Zotero. The focus of the class is to compare and contrast these products, as well as provide resources for assisting with decision making in choosing a suitable tool. Advice on getting started with using a citation manager will be offered. This workshop is hands-on and there will be time for questions at the end. 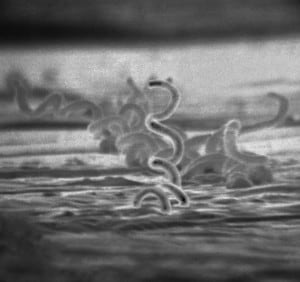 Sahachiro Hata, working in Paul Erlich’s laboratory in 1908, discovered the arsenic compound arsphenamine (later known as Salvarsan), which was the first effective treatment for syphilis. The disease, which is transmitted either sexually or congenitally, begins as a superficial affliction but can lead to serious complications including seizures, aneurysms, and deformation in its later stages.

Syphilis has haunted global history and culture for centuries. Scientists debate its arrival in the Americas, with the greatest evidence supporting the Colombian hypothesis arguing that Christopher Columbus’ crewmen brought syphilis back with them from the Americas. Several famous historical figures including Franz Schubert are thought to have contracted the disease. It has been treated in art by Albrecht Dürer and in the femme fatale (“poison woman”) literature of 19th century writers such as John Keats. It was the subject of questionable ethical practices in the Tuskegee syphilis study of 1932.

Treponema pallidum (pictured), the bacterium which causes syphilis, was not discovered until 1905. This discovery paved the way for Hata’s cure. The disease currently affects an estimated 12 million people with 90% of those cases being in the developing world. Since penicillin became widely available in the 1940s, syphilis can be treated effectively with antibiotics. 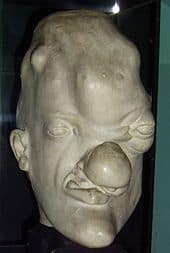 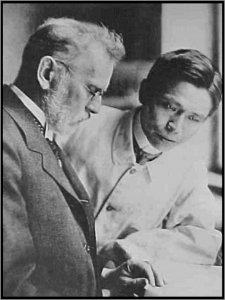 Scopus is a multidisciplinary database with substantial international coverage which allows you to track an article’s cited and citing references. All citations in EMBASE are also in Scopus. Web of Science is a citation database which covers over 10,000 journals and specializes in citation tracking. Come to this free, hands-on session and learn to search Scopus systematic reviews, find articles citing your work in Web of Science, and use the Journal Citation Index to measure scholarly impact.

Overwhelmed by the number of databases that the National Center for Biotechnology Information has to offer on nucleotide sequences, genes and proteins? Wondering which database you should always start with? Would you like to learn how to set up an NCBI account to link articles in PubMed to records in other databases? Do you know about PubMed’s Gene Sensor? Are you familiar with the concept of linear navigation? Learn all of these tips and more in this session that is designed for anyone who needs to search the NCBI databases for genetic information. This session is hands-on and free for UI students and affiliates. There will be time for questions at the end.

Register here or contact us by calling 335-9151 or emailing lib-hardin@uiowa.edu

EndNote is a reference management tool that allows you to easily gather, organize, and insert your references in the style of your choice. This free, hands-on session will walk you through the basics of using EndNote to collect and format citations.

Register here. For more information, contact our librarians at lib-hardin@uiowa.edu or by calling (319) 335-9151.

Too busy for class? See our EndNote tutorials here.

Nathaniel Highmore of Dorset, England was a British surgeon known for his 1651 treatise on anatomy, the first of its kind to give an accurate account of the circulatory system. Highmore studied at Oxford beginning in 1631, after which he practiced at Sherborne in Dorset. Corporis, the best-known of his several works, is divided into three sections corresponding to the abdomen, thorax, and head. Although the plates, drawn in the style of Vesalius, echo those of an earlier period, Highmore was responsible for a number of important advances. The most noteworthy of these are his descriptions of the sinus maxillaris (the largest nasal cavity, then known as the antrum of Highmore) and the mediastinum testes (the septum dividing the scrotum, or Highmore’s body).

Get to know Curator Donna Hirst at Iowa Now.

Hardin Open Workshops is offering a hands-on class to teach participants how to use tools such as Ulrich’s, Journal Citation Reports, Web of Science, and Scopus to determine the impact that journals, articles, and authors have had on a particular field. Topics such as impact factors, Eigenfactors, and H-indices will also be discussed. HOW workshops are hands-on and free for UI students and affiliates and there will be time for questions at the end.

Register here. For more information, contact our library staff at (319) 335-9151 or by email at lib-hardin@uiowa.edu

This free, hands-on workshop for UI students and affiliates will focus on tips and techniques for carrying out a successful literature search in support of a systematic review. Topics will include techniques for developing search strategies, deciding which databases to search, and how to seek out grey literature for a given topic. There will also be discussion on selecting journals for hand searching, documenting search strategies, and saving and organizing references.

Our next sessions are:

Components of a successful systematic review. [Image via navigatingeffectivetreatments.org.au]

The University of Iowa History of Medicine Society and the Iowa Women’s Archives
invite you to hear: 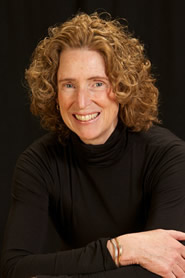 University of Iowa Press author and historian, resident of New York speaking on: 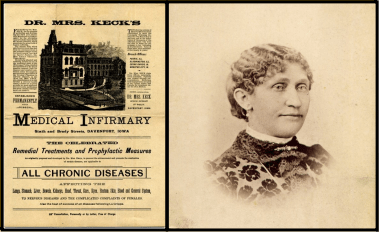 Mrs. Dr. Rebecca J. Keck was a controversial, self-taught eclectic physician and the owner of Mrs. Dr. Keck’s Infirmary for All Chronic Diseases in Davenport, Iowa. Although largely forgotten today, she served up to 15,000 patients on her itinerant circuit. She successfully defended herself in court five times in Illinois for practicing medicine without a license from 1879 to 1900. Greta Nettleton will explore her extraordinary career and how it serves to illuminate the birth of other alternative medical theories such as the chiropractic method.

For more information, visit the HOMS at http://hosted.lib.uiowa.edu/histmed/.

EndNote is a reference management tool that allows you to easily gather, organize, and insert your references in the style of your choice. This free, hands-on session will walk you through the basics of using EndNote to collect and format citations.

Register here. For more information, contact our librarians at lib-hardin@uiowa.edu or by calling (319) 335-9151.