Nathaniel Highmore of Dorset, England was a British surgeon known for his 1651 treatise on anatomy, the first of its kind to give an accurate account of the circulatory system. Highmore studied at Oxford beginning in 1631, after which he practiced at Sherborne in Dorset. Corporis, the best-known of his several works, is divided into three sections corresponding to the abdomen, thorax, and head. Although the plates, drawn in the style of Vesalius, echo those of an earlier period, Highmore was responsible for a number of important advances. The most noteworthy of these are his descriptions of the sinus maxillaris (the largest nasal cavity, then known as the antrum of Highmore) and the mediastinum testes (the septum dividing the scrotum, or Highmore’s body).

Get to know Curator Donna Hirst at Iowa Now.

Esquirol’s drawing of an inmate of Bethlem Hospital.

As Pinel’s most outstanding pupil, Esquirol so closely followed his teacher’s works that the contributions of the two men are sometimes confused. Like Pinel, Esquirol did not attempt to analyze mental illness from a philosophical standpoint, but sought to classify and describe the various kinds of insanity he encountered in his practice.

Esquirol coined the term monomania, a concept which anticipated the modern view of schizophrenia, and he was the first to distinguish hallucination from illusion.

While at Sâlpetrière, where he succeeded Pinel as chief physician, Esquirol introduced formal instruction in psychiatry and gained support for Pinel’s humanitarian reform movements by lecturing throughout Europe. Des maladies mentales, the work for which he is best known, served as a basic text in psychiatry for over fifty years.

Text via Donna Hirst, Curator of Rare Books for the John Martin Rare Book Room at Hardin Library for the Health Sciences. 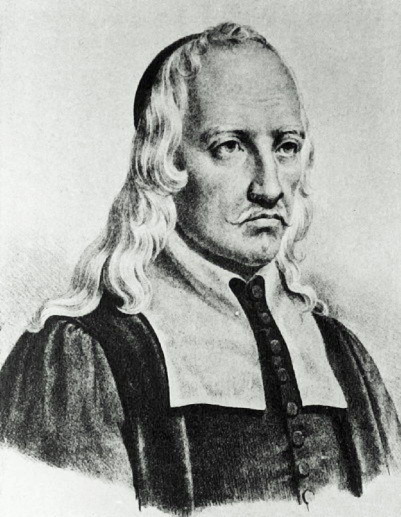 Giovanni Alfonso Borelli (1608-1679) was an Italian Renaissance physicist who sought to make mechanical laws applicable to all physiological phenomena. Borelli, who studied at Padua under Galileo, regarded the human body essentially as a machine whose functions could be explained by the laws of physics. He mentored Marcello Malpighi– who went on to become the father of microscopical anatomy– and was instrumental in the foundation of the Iatrophysical school of thought, which used mathematical and physical principles to understand the material world. At his laboratory in Pisa, Borelli made a number of important discoveries about respiration, circulation, and the muscular system. De Motu Animalium is an illustrated study of human and animal muscular exertion.

Model for an early submarine. [wikimedia.com]