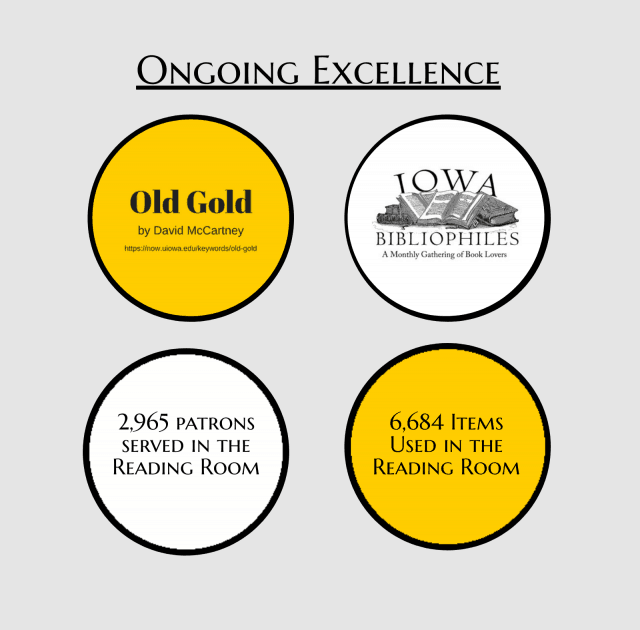 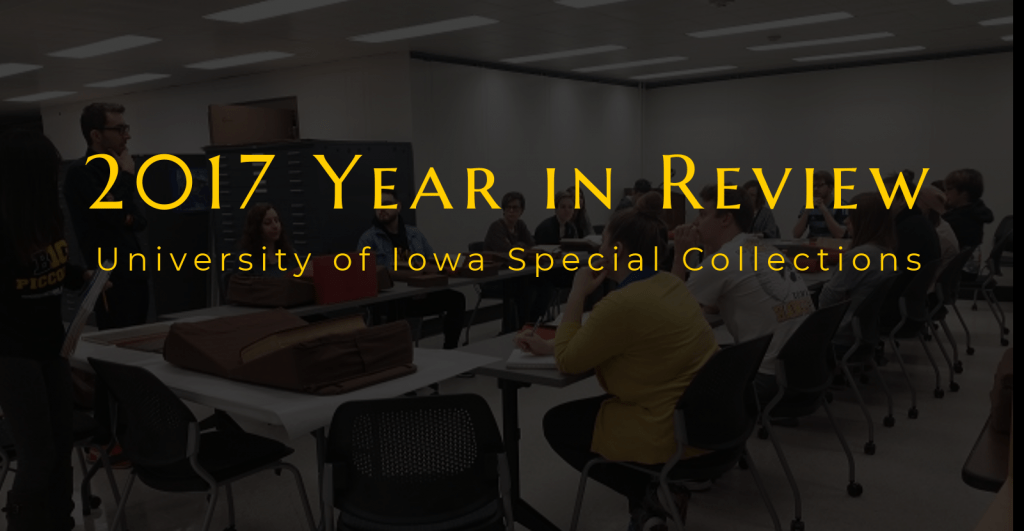 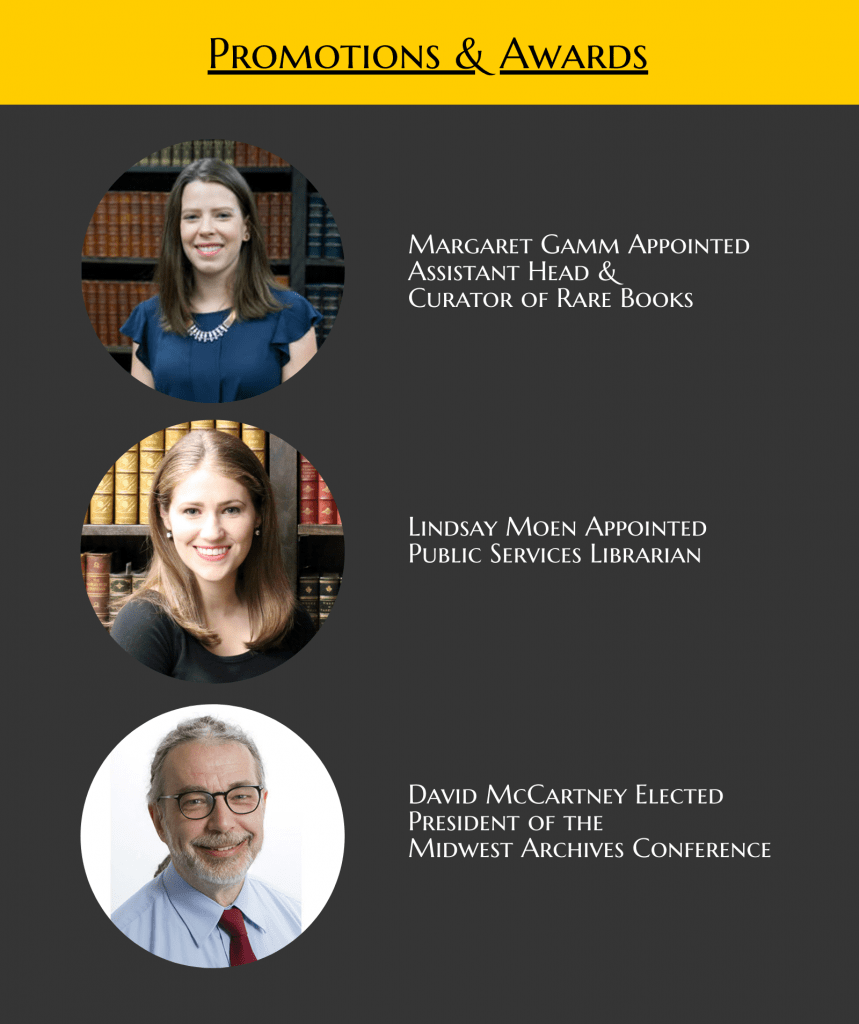 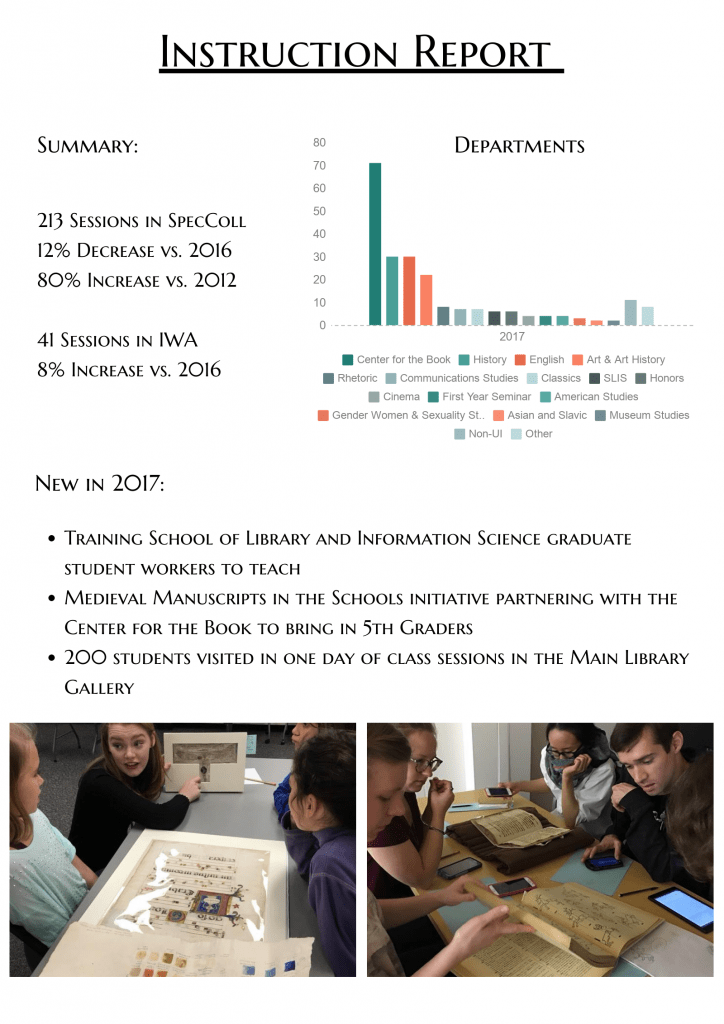 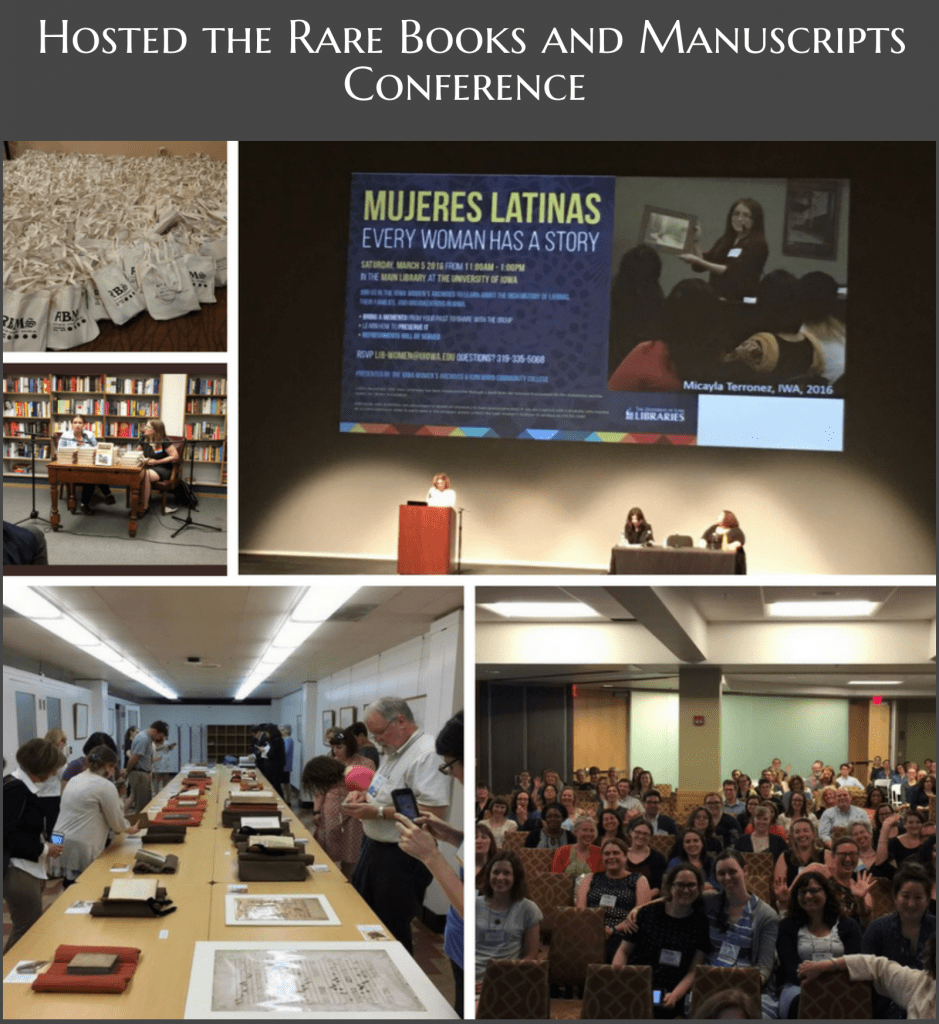 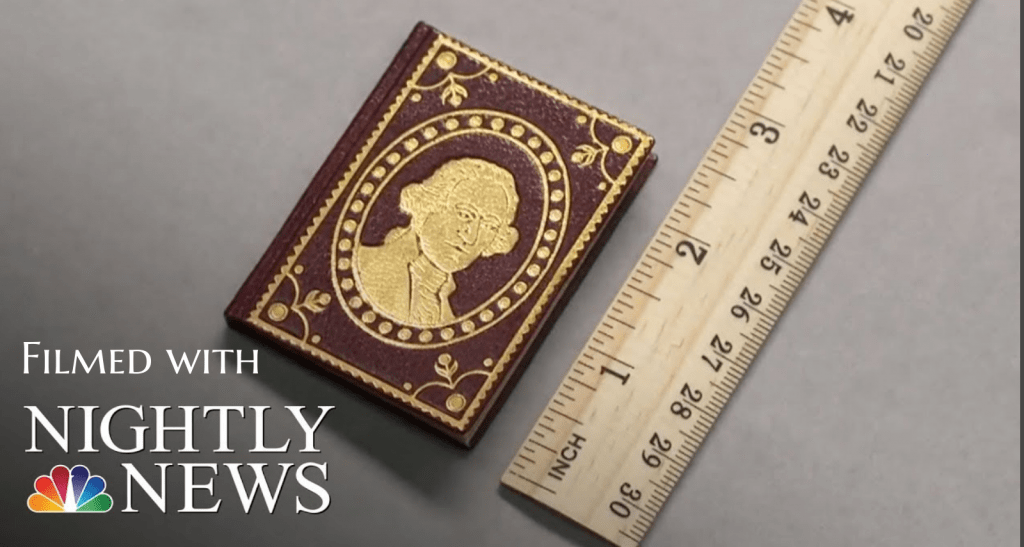 More information about our past exhibitions can be found on the Gallery website pages here: Dada, Alternative Press, IWA 25th. 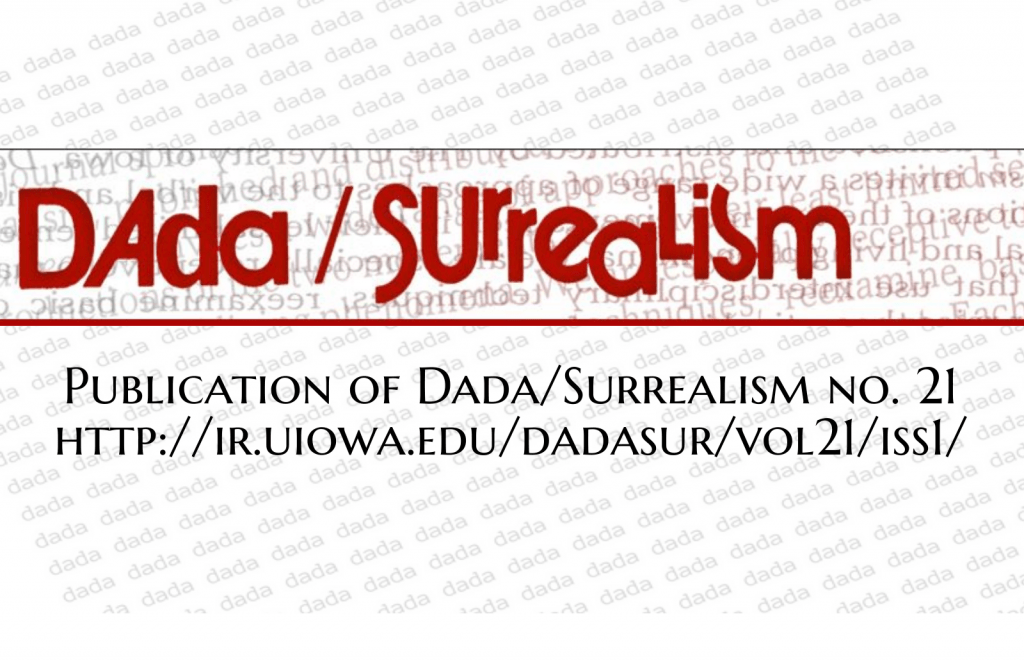 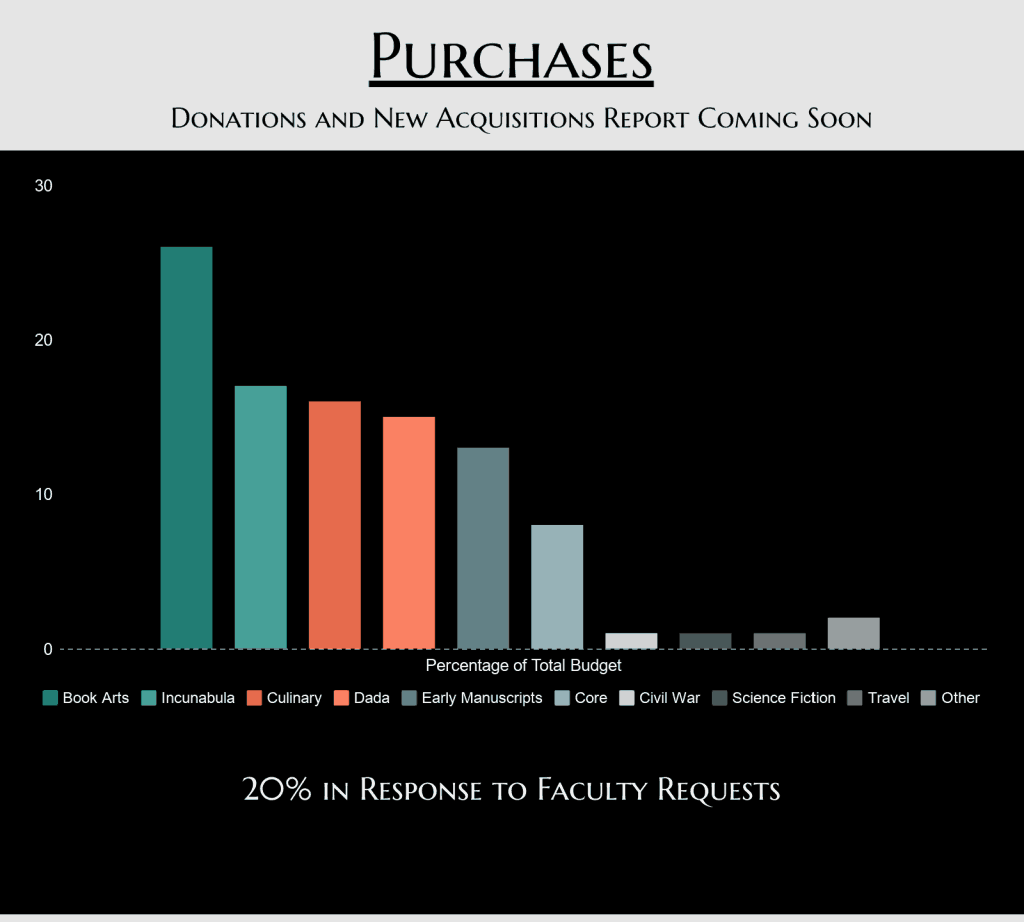 This brief chart about purchases will be expanded with a post with highlights from our 2017 donations and purchases. Coming soon! 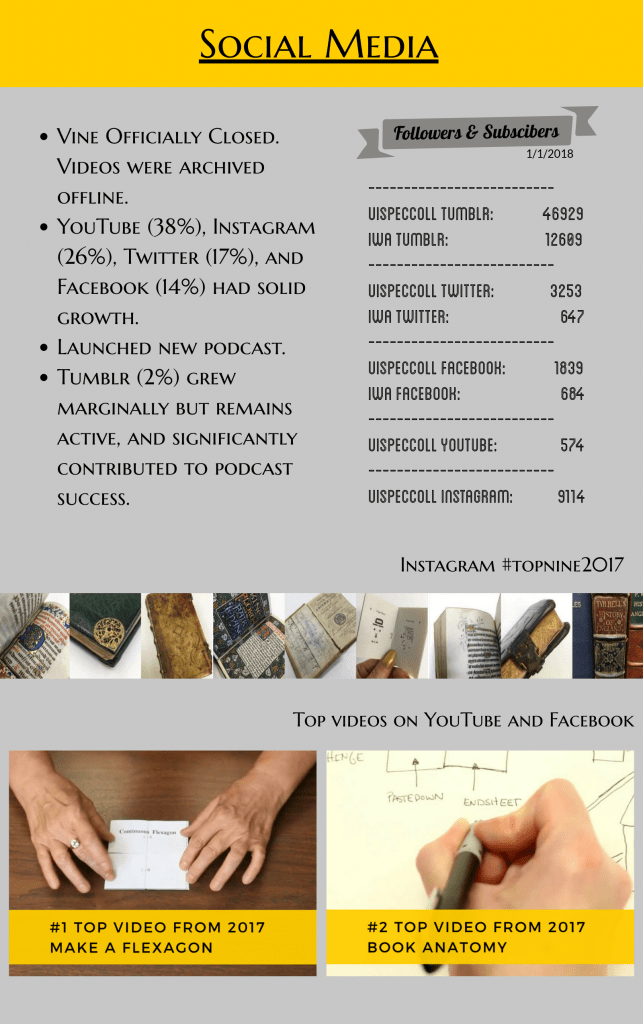 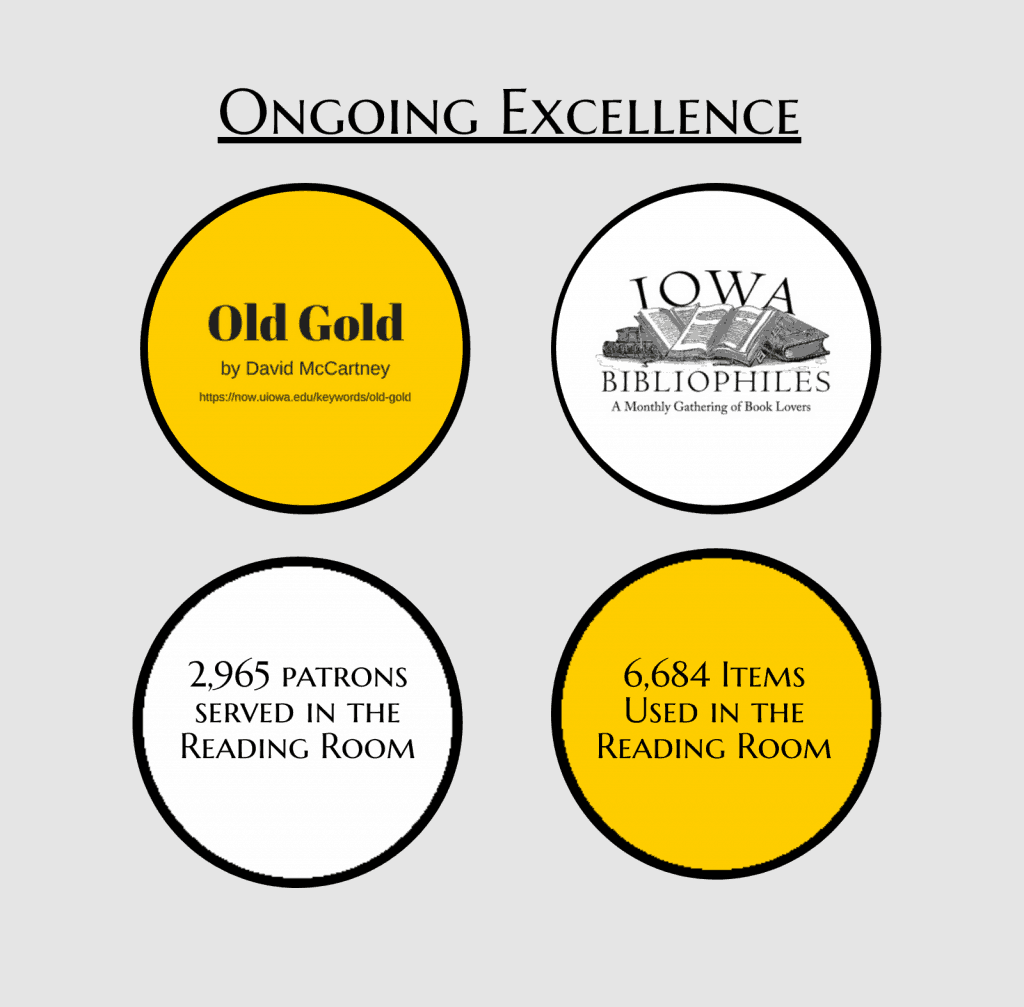 Old Gold columns can be read via Iowa Now. 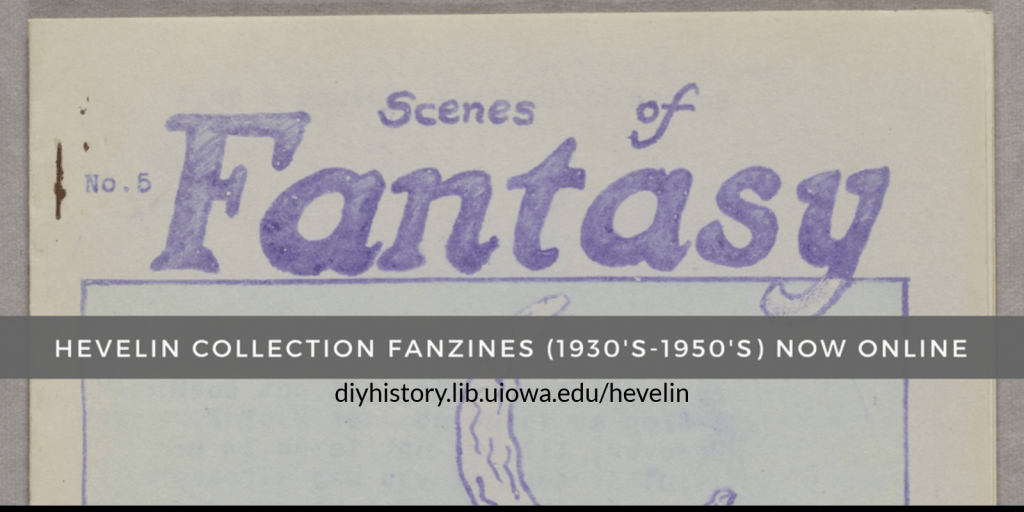 Get started transcribing, or just browse the collection here. 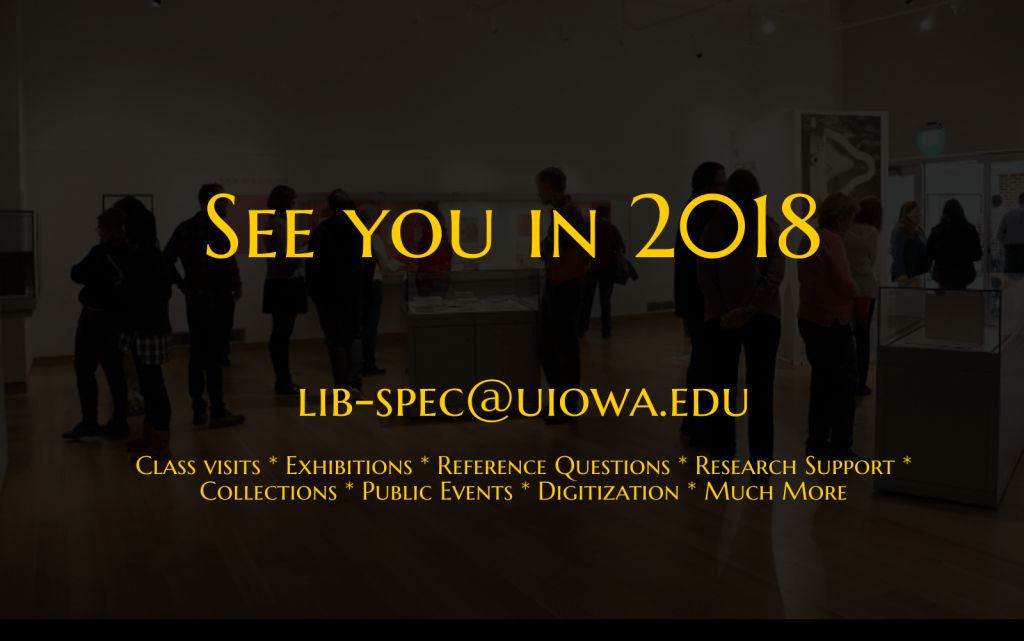 The time has come! The James L. “Rusty” Hevelin Collection of Pulps, Fanzines, and Science Fiction Books is being unboxed and processed.
Special Collections & University Archives is pleased to welcome long-time student worker and avid researcher Peter Balestrieri who is joining our staff as a Processing Librarian and taking on the task of making the collection ready for researchers.
Rusty Hevelin was a science fiction fan, pulp collector, huckster (a dealer at conventions), and voracious reader.  In addition, he was one of the founders of Iowa’s two ongoing science fiction conventions, Icon in the Iowa City/Cedar Rapids area, and DemiCon in Des Moines.
Friends and fans now have the opportunity to follow Peter as he explores and unboxes the collection, on our new Tumblr page where he will post photos and updates, box by box, as the mysteries within are revealed.
Please follow along and enjoy the snapshots into the history of science fiction and fantasy literature and fandom in the United States  http://hevelincollection.tumblr.com
For more on Rusty Hevelin and his collections please see our April 11th blog post.

In celebration of the U.S. Civil War Sesquicentennial, The University of Iowa Libraries is bringing to life the compelling story of Civil War soldier Joseph F. Culver and his wife, Mary, featuring letters held in Special Collections in the J.F Culver Papers. Letter by letter their story will unfold over the next three years published on a new blog exactly 150 years to the exact date each letter was written.  The blog was launched today with the first letter written 8/14/1862. 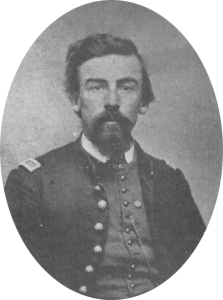 Joseph Franklin Culver (1834-1899) was engaged in banking, insurance, and the practice of law in Pontiac, Illinois, before the war.  An honorable and religious man he was inspired to leave his pregnant wife of less than a year behind to “walk in the path of duty” as a volunteer to serve with the Illinois 129th Infantry Regiment, Company A (August 1862-June 1865), first as a lieutenant and later as captain. Culver so desired to keep in contact with his new wife that he wrote detailed letters multiple times each week sharing his day, news items, and the stories of the men in his company, also men from Pontiac and Livingston County, IL, for the duration of the three years of his service.

Extensive annotations added by scholar Edwin C. Bearss in the 1970s as J.F. Culver’s letters were turned into a book, Your Affectionate Husband, J.F. Culver, are included to make it possible to follow the dates, names, relationships, and references in the letters. Newly discovered letters and letters from his wife, Mary, will be included in the blog project to make the most complete version of their story to date.

A review of the book from 1979 highly recommended Culver’s letters.  “This is a valuable series of letters by an observant and highly literate soldier. In addition, the collection has been edited in impeccably scholarly fashion. The book is thus a revealing as well as useful chronicle of Sherman’s campaigns…The chief value of Culver’s letters is the wide variety of subject matter. Comrades, marches, campaigns, rumors, prices, religion, and general commentaries abound. So do observations on all facets of army life–discipline, conscription, elections, camp life, baggage, shelters, pay, and rations. Added to this are personal opinions on a number of Union leaders.” James I. Robertson, Jr. The Journal of Southern History, Vol. 45, no.4 (Nov. 1979), pp. 612-613.

The book is available from Amazon.com.