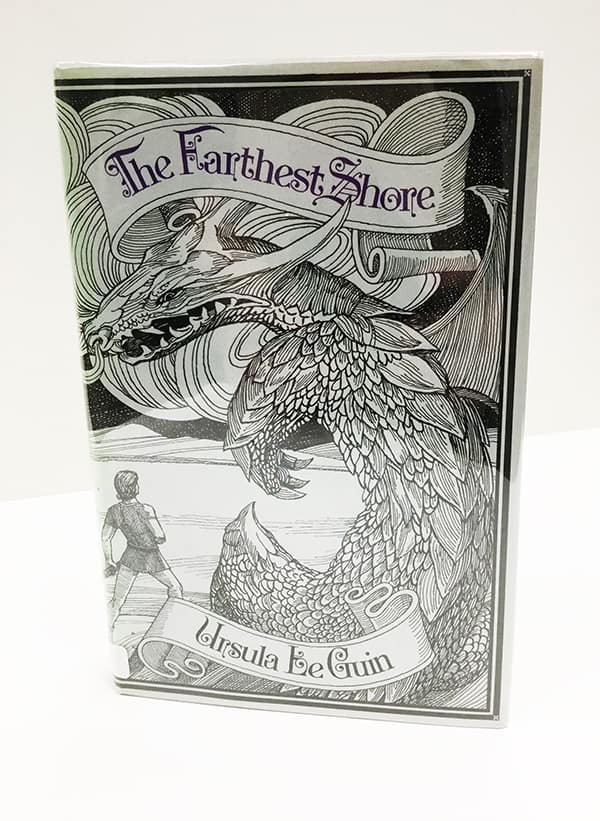 In this episode guest Peter Balestrieri brings us a letter from Ursula LeGuin that he found tucked inside of a recently donated copy of “The Farthest Shore.”

Located in “The Farthest Shore.”

Know more about this letter?

Thank you very much for Anduril 1 – I enjoyed (especially the letter from Gollum)(and The Leiber of course) it all.

“The Wizard” was also published by Puffins & by Gollancz, + Gollancz is going on with the two sequels (The sequel and the trequel?) – “Tombs of “Atuan” which comes out this autumn I think, + “The Farthest Shore” a year or so from now. Theirs is the only uniform edition in English + they have really smashing dust jackets by David Smee – the only illustrator I’ve had who seems to see things as I do.

Back in the 50’s I was one of the people who went around wistfully asking everybody, “Have you heard of a writer named TOLKIEN” and they said, Who? It is nice to be one of a throng for once!