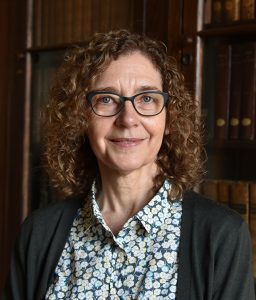 This week we present an original art installation, created by Kalmia Strong and John Engelbrecht especially for the front case of our Dada exhibition in the Main Library Gallery. Their diorama, called “Point of No Return,” is a fanciful depiction of the legendary (and probably apocryphal) story of the name “Dada” being selected at random from a dictionary. #uiowa #specialcollections #iglibraries #dada #dadaatiowa #libraryexhibits #dadaorigin