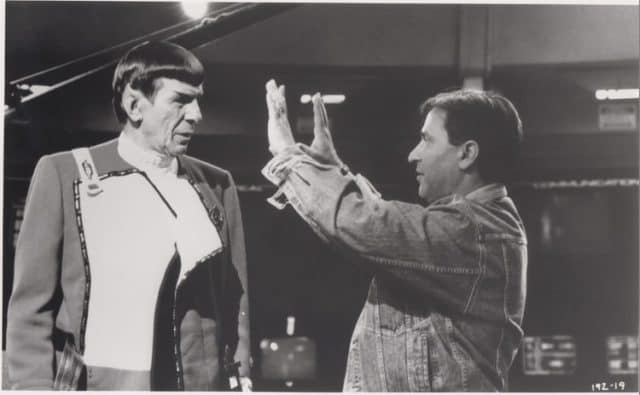 From Sherlock Holmes to Star Trek, Nicholas Meyer’s celebrated career has spanned decades and different genres. Now, he’s making another trip back to where his storytelling journey began—the University of Iowa.

The University Libraries is hosting “Writing for Screens: A Conversation with Nicholas Meyer” on Thursday, Oct. 13, from 7 to 8:15 p.m. in Shambaugh Auditorium at the Main Library.

The director, screenwriter, producer, and best-selling author graduated from Iowa in 1968 with a Bachelor of Arts in speech and dramatic art. He also wrote film reviews for The Daily Iowan.

Meyer is known for his involvement in the Star Trek film series, writing or directing its second, fourth, and sixth films. His many other credits include authoring the best-selling novel The Seven-Per-Cent Solution: Being a Reprint from the Reminiscences of John H. Watson, M.D. and receiving an Oscar nomination for his screenplay of the story. He also has donated his papers, which include script drafts, memos, photographs, and more to the University of Iowa Libraries Special Collections and Archives.

Meyer has shared before that “coming back to Iowa City is like coming back home” and “this is the place you go to learn to be a writer.” This time, he’s coming back home to the place that tied with Yale as the No. 2 university in the country for writing, according to the latest rankings from U.S. News & World Report—and the place that first gave him the tools to cultivate his craft.

You can also read more about Meyer, his career, and time at Iowa here.