In this comprehensive introduction, Albert Spencer presents a new story of the origins and development of American pragmatism, from its emergence through the interaction of European and Indigenous American cultures to its contemporary status as a diverse, vibrant, and contested global philosophy.

Spencer explores the intellectual legacies of American pragmatism’s founders, Peirce and James, but also those of newly canonical figures such as Addams, Anzaldúa, Cordova, DuBois, and others crucial to its development. He presents the diversity of pragmatisms, old and new, by weaving together familiar and unfamiliar authors through shared themes, such as fallibilism, meliorism, pluralism, verification, and hope. Throughout, Spencer reveals American pragmatism’s engagement with the consequences of US political hegemony, as versions of pragmatism arise in response to both the tragic legacies and the complicated benefits of colonialism.

American Pragmatism is an indispensable guide for undergraduate students taking courses in pragmatism or American philosophy, for scholars wishing to develop their understanding of this thriving philosophical tradition, or for curious readers interested in the genealogy of American thought.

Exiles on Mission: How Christians Can Thrive in a Post-Christian World 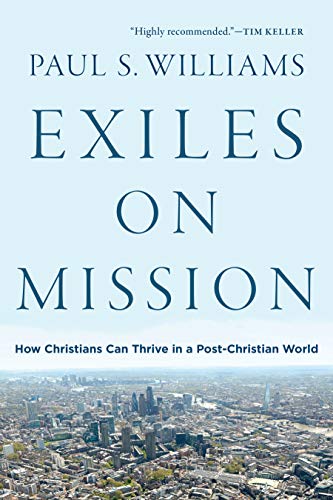 Many Christians in the West sense that traditional Christian teaching is losing traction in the public square. What does faithful Christian witness look like in a post-Christian culture?

Paul Williams, the CEO of one of the world’s largest and oldest Bible societies, interprets the dissonance Christians often experience while trying to live out their faith in the 21st century. He provides constructive tools to help readers understand culture in myriad contexts and offer a missional response. Williams calls for a truly missional understanding of post-Christendom Christianity whereby local churches are reimagined as embassies of the kingdom of God and Christians serve as ambassadors in all spheres of life and work.

This book invites readers to embrace the language of exile and imagine a hopeful mission of the scattered and gathered church in the post-Christian West. It shows a clear pathway for fruitful missional engagement for the whole people of God, helping Christians make sense of the world in which they live, more authentically integrate faith with everyday life, and orient all of their efforts within God’s missional purpose for the world.

Being-Moved: Rhetoric as the Art of Listening

If rhetoric is the art of speaking, who is listening? In Being-Moved, Daniel M. Gross provides an answer, showing when and where the art of speaking parted ways with the art of listening – and what happens when they intersect once again. Much in the history of rhetoric must be rethought along the way. And much of this rethinking pivots around Martin Heidegger’s early lectures on Aristotle’s Rhetoric where his famous topic, Being, gives way to being-moved. The results, Gross goes on to show, are profound. Listening to the gods, listening to the world around us, and even listening to one another in the classroom – all of these experiences become different when rhetoric is reoriented from the voice to the ear. 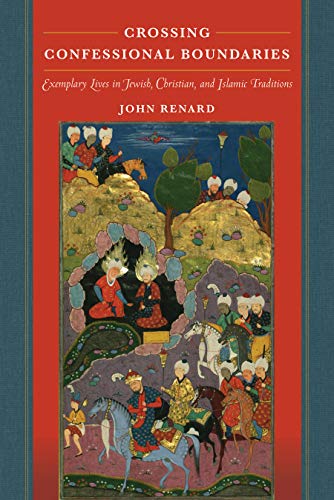 Arguably the single most important element in Abrahamic cross-confessional relations has been an ongoing mutual interest in perennial spiritual and ethical exemplars of one another’s communities. Ranging from Late Antiquity through the Middle Ages, Crossing Confessional Boundaries explores the complex roles played by saints, sages, and Friends of God in the communal and intercommunal lives of Christians, Muslims, and Jews across the Mediterranean world, from Spain and North Africa to the Middle East to the Balkans. By examining these stories in their broad institutional, social, and cultural contexts, Crossing Confessional Boundaries reveals unique theological insights into the interlocking histories of the Abrahamic faiths.

The Grieving Child in the Classroom

The Grieving Child in the Classroom integrates the latest research on children’s bereavement and adapts it for use in the classroom.

Chapters tackle the neurological, cognitive, emotional, and social effects of childhood grief and demonstrate the ways in which those reactions can manifest in the classroom. By recognizing individual differences in coping styles and considering variables such as developmental stage, nature of the loss, and availability of support, teachers and staff can become better equipped to respond to the bereaved child’s needs. The book incorporates theoretical explanations of grief responses as well as practical suggestions for supporting bereaved children in real-world settings.

Whether the loss affects one child or the entire student body, educators can turn to this comprehensive guidebook for ways to support grieving students in their classrooms. 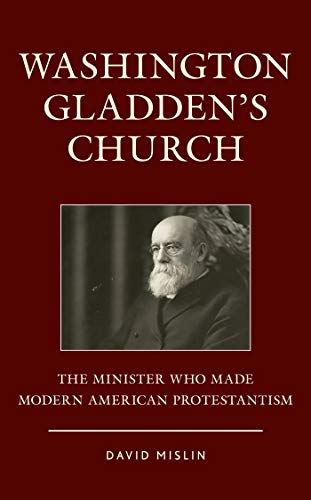 At the height of his career, Washington Gladden was one of the most respected and beloved ministers in the United States. An 1897 newspaper profile emphasized his “international reputation” as both a pastor and a thinker. Gladden’s reputation resulted from the warmth of his personality, the keenness of his intellect, and the breadth of his writing. More so than any of his contemporaries, he was equally successful as both the pastor of a community church and as an internationally recognized theologian. During his career, which spanned the decades from the Civil War to World War I, he led Congregational churches in New York, Massachusetts, and Ohio. He also penned dozens of books and hundreds of magazine articles. Gladden’s prolific output ensured that he shaped the religious views of countless Americans throughout the nation. Yet a century after his death, Washington Gladden has been all but forgotten.

The past few years have witnessed a dramatic resurgence in scholarship on mainline Protestantism and its liberal commitments. Within these denominations themselves, there has likewise been an effort to embrace a liberal identity after decades of declining membership and the resurgence of conservative evangelicalism. Thus far, however, no work has been written that builds on this new body of scholarship while speaking directly to general readers within the mainline churches.

David Mislin focuses on eight defining elements of Gladden’s religious thought and explores the crucial moments in his life that shaped his ministry. He weaves together critical analysis of Gladden’s ideas with engaging anecdotes that offer insights into the ordinary life and work of a nineteenth-century pastor and the activities of his churches. 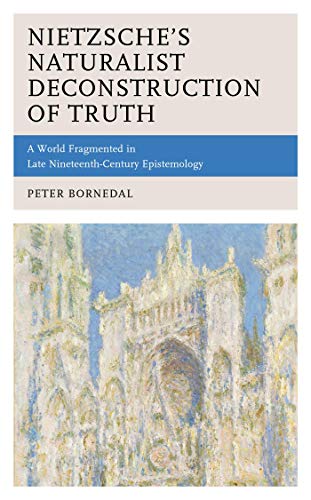 Nietzsche’s Naturalist Deconstruction of Truth: A World Fragmented in Late Nineteenth-Century Epistemology offers a new interpretation of Nietzsche’s discussions of truth and knowledge, covering the period from his early essay “On Truth and Lies in an Extra-Moral Sense” to his late notebooks. It places these discussions in the context of the neo-Kantian, Naturalist, Positivist, and Pragmatic schools influential in Nietzsche’s late nineteenth-century Europe. Peter Bornedal argues for a view of Nietzsche’s epistemological thought as an elaboration of this paradigm: proposing ideas that are anti-metaphysical and anti-theological in their polemic orientation, and in general promoting new scientific naturalist ideals in the discussions of knowledge. Bornedal suggests that the rational pursuit of these new ideals to the unencumbered mind logically leads to Nihilism in its most profound epistemological sense. Nietzsche’s “critique of metaphysics” is thus seen as having sprung from sources different from and, at times, in patent opposition to more recent postmodern and deconstructionist critiques. This book contextualizes Nietzsche in relation to a number of philosophical peers and juxtaposes him to contemporary thinkers in a way that resolves some of the difficulties that have plagued recent Nietzsche scholarship.

Between Socrates and the Many

Between Socrates and the Many: A Study of Plato’s Crito is foremost concerned with Plato’s character, Crito. By focusing on its namesake, Hoffpauir draws attention to aspects of the Crito that may otherwise go unnoticed or underrated: justice, as most know it, seems unjust, and justice, as Socrates knows it, seems impossible; love of one’s own, as most know it, limits one’s own good and the city’s good; and concern for the body and hatred of suffering undermine virtue. Through a consideration of the problems evinced by Crito—problems not peculiar to him or to his Athens—readers may gain a newfound appreciation of why Socrates’ arguments about living well fail. More importantly, by considering why Socrates must advance these arguments in the first place, readers may come to appreciate the strength of man’s natural resistance to that which is necessary for civilized life. Although Crito initially comes to sight as in-between Socrates and the many, as one who shares in the opinions of both, in the end, Crito reveals that all that is in-between Socrates and the many is an unbridgeable chasm.

The Phenomenology of Pain

The Phenomenology of Pain is the first book-length investigation of its topic to appear in English. Groundbreaking, systematic, and illuminating, it opens a dialogue between phenomenology and such disciplines as cognitive science and cultural anthropology to argue that science alone cannot clarify the nature of pain experience without incorporating a phenomenological approach. Building on this premise, Saulius Geniusas develops a novel conception of pain grounded in phenomenological principles: pain is an aversive bodily feeling with a distinct experiential quality, which can only be given in original first-hand experience, either as a feeling-sensation or as an emotion.

Geniusas crystallizes the fundamental methodological principles that underlie phenomenological research. On the basis of those principles, he offers a phenomenological clarification of the fundamental structures of pain experience and contests the common conflation of phenomenology with introspectionism. Geniusas analyzes numerous pain dissociation syndromes, brings into focus the de-personalizing and re-personalizing nature of chronic pain experience, and demonstrates what role somatization and psychologization play in pain experience. In the process, he advances Husserlian phenomenology in a direction that is not explicitly worked out in Husserl’s own writings.

Decoding the Egalitarianism of the Qur’an

This volume challenges a long history of normalizing patriarchal approaches to the Qur’an and calls for a questioning of the interpretive credibility of many inherited Qur’anic commentaries. The author presents a fresh reading of the sacred text and Islamic teaching traditions as the rediscovery of a lost humanitarian and gender-egalitarian textual richness that has been poorly and loosely handled for centuries. The book stresses the importance of reviewing the interpretive linguistic choices that jurists and exegetes over the last fourteen centuries have adopted to semantically reshape the Qur’anic text. The vigilant reading the author provides of carefully chosen texts and commentaries suggests that many interpretive approaches to the Qur’an are dominated by sociopolitical factors alien to the intrinsic values of the text itself. More importantly, inconsistencies across putatively sound books of tafsīr indicate that the Qur’anic text often suffers from historical and systematic drainage of its humanitarianism, gender-egalitarianism, and religious pluralism.