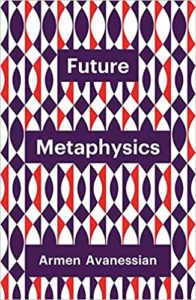 The triumph of technological rationality and of the sciences as a whole has by no means provided answers to humanity’s great questions. Instead, it has raised new and old questions and problems. To orient ourselves in the twenty-first century, we must take a new look at the central categories of philosophy that, often unbeknownst to us, continue to shape our everyday thinking.

Future Metaphysics is an attempt at restating the importance of the great metaphysical categories for the present: how our contemporary predicament forces us both to reclaim them and to give them a radically new twist. Armen Avanessian re-examines and displaces categories like substance and accident, form and matter, life and death, giving them an unexpected twist. What if the idea of accident, for instance, had to take into account the many new kinds of glitches, crashes and crises – from finance to ecology, from technological catastrophes to social collapses – that permeate our culture and make everyday news? Can we keep on using this concept as it was traditionally meant to be used when risk and chance have become part of the very substance of our world, so rendering the distinction between substance and accident meaningless? The other concepts and distinctions require a similar interrogation, giving birth to a new metaphysical landscape, where the most urgent realities of the twenty-first century impinge on the most fundamental categories of thought. 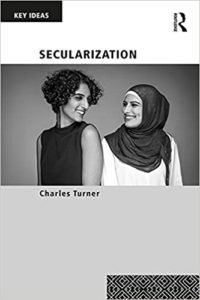 Secularization’ sounds simple, a decline in the power of religion. Yet, the history of the term is controversial and multi-faceted; it has been useful to both religious believers and non-believers and has been deployed by scholars to make sense of a variety of aspects of cultural and social change. This book will introduce the reader to this variety and show how secularization bears on the contemporary politics of religion.

Secularization addresses the sociological classics’ ambivalent accounts of the future of religion, later and more robust sociological claims about religious decline, and the most influential philosophical secularization thesis, which says that the dominant ideas of modern thought are in fact religious ones in a secularized form. The book outlines some shortcomings of these accounts in the light of historical inquiry and comparative sociology; examines claims that some religions are ‘resistant to secularization’; and analyzes controversies in the politics of religion, in particular over the relationship between Christianity and Islam and over the implicitly religious character of some modern political movements.

By giving equal attention to both sociological and philosophical accounts of secularization, and equal weight to ideas, institutions, and practices, this book introduces complicated ideas in a digestible format. It will appeal to students and scholars interested in making unusual connections within sociology, anthropology, philosophy, theology, and political theory.

Is A Good God Logically Possible 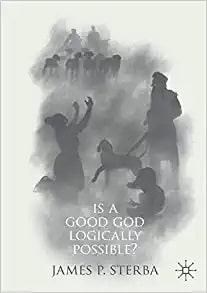 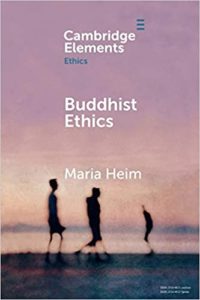 ‘Ethics’ was not developed as a separate branch of philosophy in Buddhist traditions until the modern period, though Buddhist philosophers have always been concerned with the moral significance of thoughts, emotions, intentions, actions, virtues, and precepts. Their most penetrating forms of moral reflection have been developed within disciplines of practice aimed at achieving freedom and peace. This Element first offers a brief overview of Buddhist thought and modern scholarly approaches to its diverse forms of moral reflection. It then explores two of the most prominent philosophers from the main strands of the Indian Buddhist tradition – Buddhaghosa and Śāntideva – in a comparative fashion. 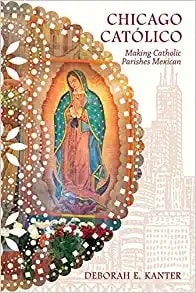 Today, over one hundred Chicago-area Catholic churches offer Spanish language mass to congregants. How did the city’s Mexican population, contained in just two parishes prior to 1960, come to reshape dozens of parishes and neighborhoods?

Deborah E. Kanter tells the story of neighborhood change and rebirth in Chicago’s Mexican American communities. She unveils a vibrant history of Mexican American and Mexican immigrant relations as remembered by laity and clergy, schoolchildren and their female religious teachers, parish athletes and coaches, European American neighbors, and from the immigrant women who organized as guadalupanas and their husbands who took part in the Holy Name Society. Kanter shows how the newly arrived mixed memories of home into learning the ways of Chicago to create new identities. In an ever-evolving city, Mexican immigrants and Mexican Americans’ fierce devotion to their churches transformed neighborhoods such as Pilsen.

The first-ever study of Mexican-descent Catholicism in the city, Chicago Católico illuminates a previously unexplored facet of the urban past and provides present-day lessons for American communities undergoing ethnic integration and succession. 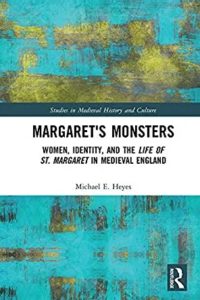 St. Margaret of Antioch was one of the most popular saints in medieval England and, throughout the Middle Ages, the various Lives of St. Margaret functioned as a blueprint for a virginal life and supernatural assistance to pregnant women during the dangerous process of labor. In her narrative, Margaret is accosted by various demons and, having defeated each monster in turn, she is taken to the place of her martyrdom where she prays for supernatural boons for her adherents. This book argues that Margaret’s monsters are a key element in understanding Margaret’s importance to her adherents, specifically how the sexual identities of her adherents were constructed and maintained.

More broadly, this study offers three major contributions to the field of medieval studies: first, it argues for the utility of a diachronic analysis of Saints’ Lives literature in a field dominated by synchronic analyses; second, this diachronic analysis is important to interpreting the intertext of Saints’ Lives, not only between different Lives but also different versions of the same Life; and third, the approach further suggests that the most valuable socio-cultural information in hagiographic literature is found in the auxiliary characters and not in the figure of the saint him/herself.

A Humanist in Reformation Politics 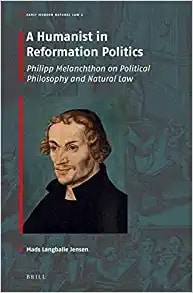 This book is the first contextual account of the political philosophy and natural law theory of the German reformer Philipp Melanchthon (1497-1560). Mads Langballe Jensen presents Melanchthon as a significant political thinker in his own right and an engaged scholar drawing on the intellectual arsenal of renaissance humanism to develop a new Protestant political philosophy. As such, he also shows how and why natural law theories first became integral to Protestant political thought in response to the political and religious conflicts of the Reformation. This study offers new, contextual studies of a wide range of Melanchthon’s works including his early humanist orations, commentaries on Aristotle’s ethics and politics, Melanchthon’s own textbooks on moral and political philosophy, and polemical works. 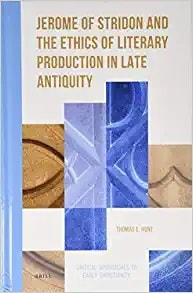 Jerome of Stridon and the Ethics of Literary Production in Late Antiquity offers a new account of the development of Jeromes work in the period 386-393CE. Focusing on his commentaries, his translation projects, and his work against heresy, it argues that Jerome has a consistent theology of language and embodiment. 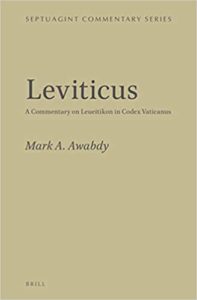 In Leviticus Awabdy offers the first commentary on the Greek version of Leviticus according to Codex Vaticanus (4th century CE), which binds the Old and New Testaments into a single volume as Christian scripture. Distinct from other LXX Leviticus commentaries that employ a critical edition and focus on translation technique, Greco-Roman context and reception, this study interprets a single Greek manuscript on its own terms in solidarity with its early Byzantine users unversed in Hebrew. With a formal-equivalence English translation of a new, uncorrected edition, Awabdy illuminates Leueitikon in B as an aesthetic composition that not only exhibits inherited Hebraic syntax and Koine lexical forms, but its own structure and theology, paragraph (outdented) divisions, syntax and pragmatics, intertextuality, solecisms and textual variants.

Sacred and Secular Martyrdom in Britain and Ireland Since 1914 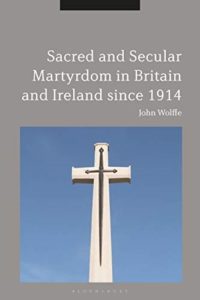 During and immediately after the First World War, there was a merging of Christian and nationalist traditions of martyrdom, expressed in the design of war cemeteries and war memorials, and the state funeral of the Unknown Warrior in 1920. John Wolffe explores the subsequent development of these traditions of ‘sacred’ and ‘secular’ martyrdom, analysing the ways in which they operated – sometimes in parallel, sometimes merged together and sometimes in conflict with each other.

Particular topics explored include the Protestant commemoration of Marian and missionary martyrs, and the Roman Catholic campaign for the canonization of the ‘saints and martyrs of England’. Secular martyrdom is discussed in relation to military conflicts especially the Second World War and the Falklands. In Ireland there was a particularly persistent merging of sacred and secular martyrdom in the wake of the Easter Rising of 1916 although by the time of the Northern Ireland ‘Troubles’ in the later twentieth-century these traditions diverged. In covering these themes, the book also offers historical and comparative context for understanding present-day acts of martyrdom in the form of suicide attacks.