The Age of Selfies: reasoning about rights when the stakes are personal 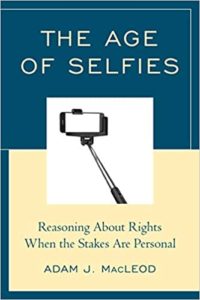 This book diagnoses an unexamined cause of the incivility in our public discourse. Our most contentious controversies today are moral. We disagree not only about questions of efficiency and democracy and civil liberties but also about what is right to do and who we are becoming as a people. We have not yet understood the implications of this shift in public reasoning from discourse about political ideals to debates about moral imperatives. 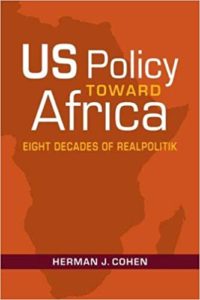 Herman Cohen draws on both the documentary record and his years of on-the-ground experience to provide a uniquely comprehensive survey and interpretation of nearly eight decades of US policy toward Africa. Tracing how this policy has evolved across successive administrations since 1942 (beginning with President Franklin D. Roosevelt’s third term in office), Cohen illuminates the debates that have taken place at the highest levels of government; shows how policy toward Africa has been affected over the years by US relations with Europe, the Soviet Union, the Middle East, and most recently China; and points to the increasing reliance of Western economic interests on Africa’s natural resources. His deeply informed narrative reveals the roles not only of circumstance and ideology, but also of personalities, in the formulation and implementation of US foreign policy.

A Sacred People: Indigenous Governance, Traditional Leadership, and the Warriors of the Cheyenne Nation 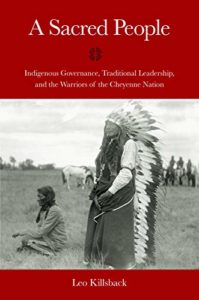 Killsback, a citizen of the Northern Cheyenne Nation, reconstructs and rekindles an ancient Cheyenne world–ways of living and thinking that became casualties of colonization and forced assimilation. Spanning more than a millennium of antiquity and recovering stories and ideas interpreted from a Cheyenne worldview, the works’ joint purpose is rooted as much in a decolonization roadmap as it is in preservation of culture and identity for the next generations of Cheyenne people. Dividing the story of the Cheyenne Nation into pre- and post-contact, A Sacred People and A Sovereign People lay out indigenously conceived possibilities for employing traditional worldviews to replace unhealthy and dysfunctional ones bred of territorial, cultural, and psychological colonization. 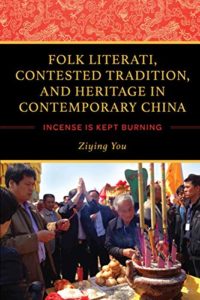 In this important ethnography Ziying You explores the role of the “folk literati” in negotiating, defining, and maintaining local cultural heritage. Expanding on the idea of the elite literati—a widely studied pre-modern Chinese social group, influential in cultural production—the folk literati are defined as those who are skilled in classical Chinese, knowledgeable about local traditions, and capable of representing them in writing. The folk literati work to maintain cultural continuity, a concept that is expressed locally through the vernacular phrase: “incense is kept burning.”

Underglobalization: Beijing’s Media Urbanism and the Chimera of Legitimacy 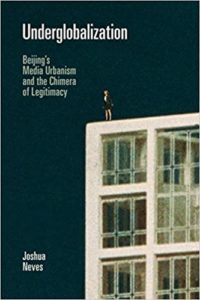 Despite China’s recent emergence as a major global economic and geopolitical power, its association with counterfeit goods and intellectual property piracy has led many in the West to dismiss its urbanization and globalization as suspect or inauthentic. In Underglobalization Joshua Neves examines the cultural politics of the “fake” and how frictions between legality and legitimacy propel dominant models of economic development and political life in contemporary China. Focusing on a wide range of media technologies and practices in Beijing, Neves shows how piracy and fakes are manifestations of what he calls underglobalization—the ways social actors undermine and refuse to implement the specific procedures and protocols required by globalization at different scales. By tracking the rise of fake politics and transformations in political society, in China and globally, Neves demonstrates that they are alternate outcomes of globalizing processes rather than anathema to them.

A Cultural History of Modern Europe: 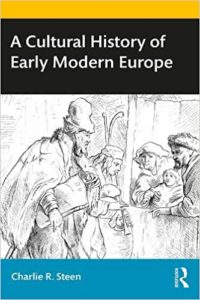 A Cultural History of Early Modern Europe examines the relationships that developed in cities from the time of the late Renaissance through to the Napoleonic period, exploring culture in the broadest sense by selecting a variety of sources not commonly used in history books, such as plays, popular songs, sketches, and documents created by ordinary people.

Extending from 1480 to 1820, the book traces the flourishing cultural life of key European cities and the opportunities that emerged for ordinary people to engage with new forms of creative expression, such as literature, theatre, music, and dance. Arranged chronologically, each chapter in the volume begins with an overview of the period being discussed and an introduction to the key figures. Cultural issues in political, religious, and social life are addressed in each section, providing an insight into life in the cities most important to the creative developments of the time. Throughout the book, narrative history is balanced with primary sources and illustrations allowing the reader to grasp the cultural changes of the period and their effect on public and private life. 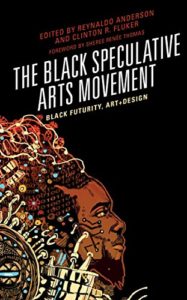 The Black Speculative Arts Movement: Black Futurity, Art+Design is a 21st century statement on the intersection of the future of African people with art, culture, technology, and politics. This collection enters the global debate on the emerging field of Afrofuturism studies with an international array of scholars and artists contributing to the discussion of Black futurity in the 21st century. The contributors analyze and respond to the invisibility or mischaracterization of Black people in the popular imagination, in science fiction, and in philosophies of history. 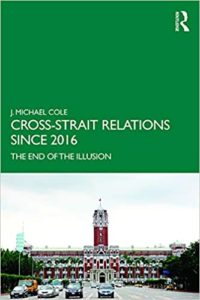 Cross-Strait Relations Since 2016: The End of the Illusion examines the situation in the Taiwan Strait since the election of Tsai Ing-wen of the Democratic Progressive Party in the January 2016 general elections.

Tracking the pragmatic approach taken by the Tsai administration, this book positions the recent developments within a changing geopolitical context and analyzes Beijing’s reactions to an environment which has become increasingly skeptical of its intentions. It shows that despite President Tsai’s commitment to the “status quo” in the Taiwan Strait and pro-democracy policies, which have been well received by the international community, Xi Jinping continues to advocate for a unification policy which remains very unpopular in Taiwan. With in-depth, on-the-ground analysis based on access to various government actors in Taiwan and abroad, the author takes a deep dive into a highly complex relationship that is often misunderstood abroad, with stakes that have direct implications for the future stability of the Indo-Pacific region.

Espionage and Treason in Classical Greece: 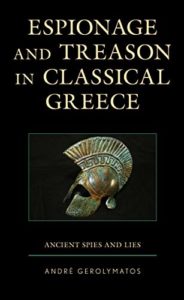 This history of ancient diplomacy demonstrates how the ancient Greeks used guest-friendship as a mechanism of diplomacy. Ancient proxenoi were the equivalent of contemporary consul-generals and they served some of the same purposes. The proxenoi conducted the diplomatic affairs of the state they represented and looked after the interests of the city-state that had adopted them. In times of war the proxenoi maintained spies and supplied intelligence on the movements of fleets and armies.

More than the Great Wall: The Northern Frontier and Ming National Security, 1368–1644 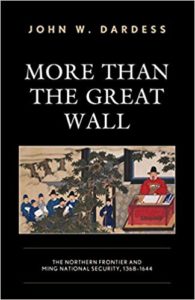 This groundbreaking book provides the first comprehensive analysis of Ming China’s pursuit of national security along its 1,700 miles of northern frontier. Drawing on a wealth of original sources, John Dardess vividly portrays how Ming China’s emperors, officials, and commanders in the field thought, argued, and made decisions in real time as they worked to defend their country. Despite common perceptions of the central role of the so-called Great Wall of China, Dardess convincingly shows that the wall was but a minor piece in a much bigger effort to battle Tatar looting. Dardess immerses readers in the day-to-day world of the Ming as he explores the question of how leaders kept their country safe over the 276 years the dynasty ruled.