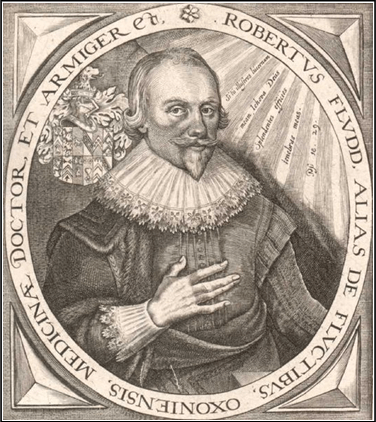 What Goes Around, Comes Around

Robert Fludd (1574-1637) was a prominent English Paracelsian physician, astrologer,and mathematian.  He was the first person to discuss the circulation of the blood, and did in fact arrive at the correct conclusion.  His conclusion was based on the macrocosm-microcosm analysis, a theory in which all occurrences in the microcosm (man) are influenced by the macrocosm (the heavens).  His theory was that the blood must circulate because the heart is like the sun and the blood like the planets.  William Harvey later explained the circulation of the blood in more modern and experimental terms, though still referring to the macrocosm-microcosm analogy of Fludd.