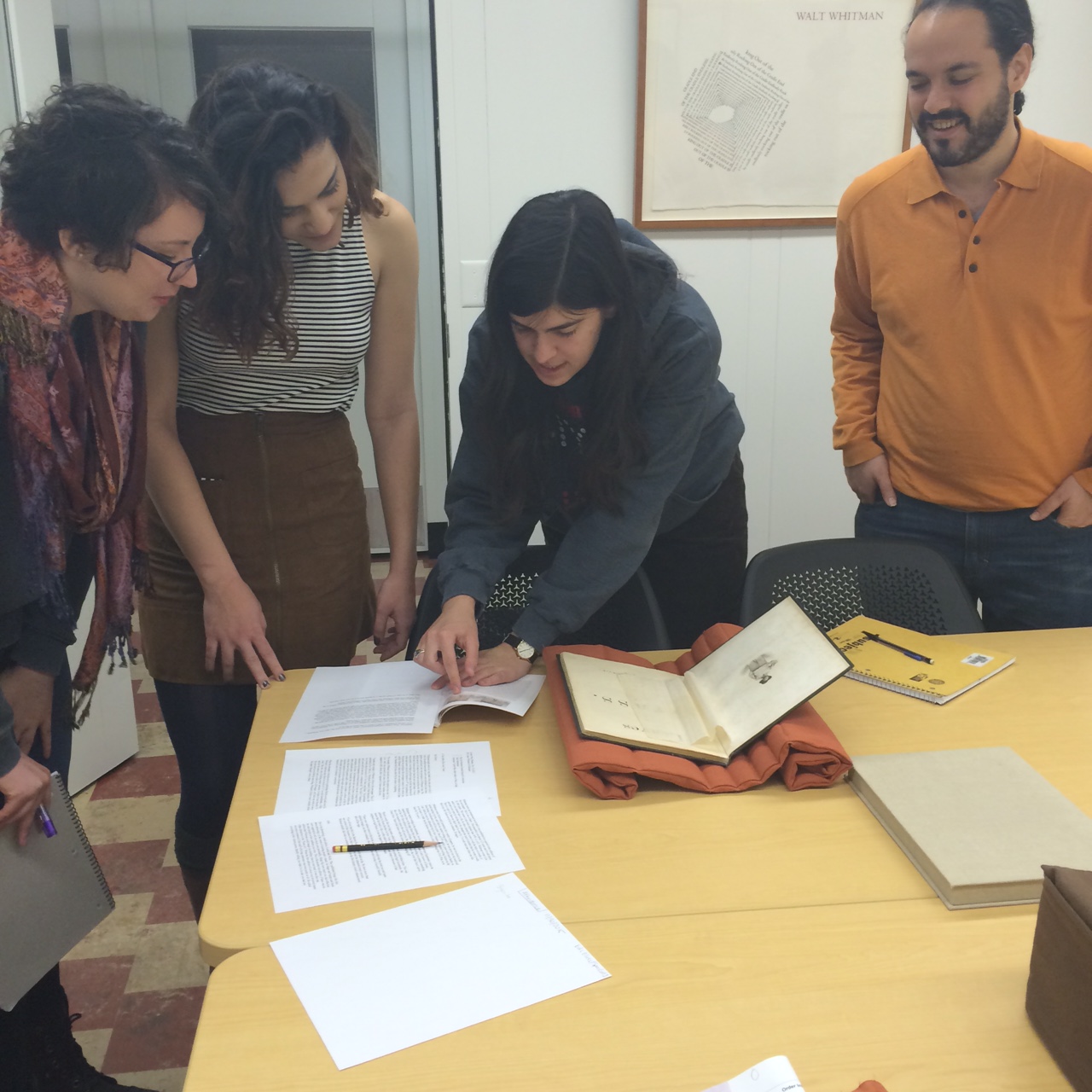 In The News This Week 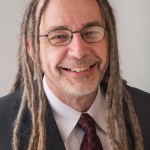 A profile of the Lastra collection, especially correspondence between Gabriel García Márquez and Mario Vargas Llosa – letters among friends and acquaintances who were writers. 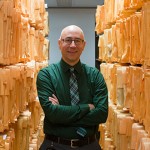 Head of Special Collections Greg Prickman is featured in this article about the project to digitize data from space from the University of Iowa Foundation. 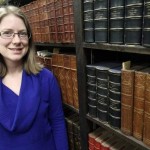 Iowa City Ranked As One of the Best Cities for Librarians.

Outreach and Engagement Librarian Colleen Theisen was interviewed for this Press Citizen article about librarians in Iowa City. 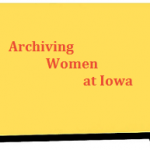 An oral history project from UI History Corps capturing the history of the Iowa Women’s Archives.

On Monday and Wednesday of this week, we had students from Roy J. Carver Professor of English Ed Folsom’s Whitman and Dickinson class visit Special Collections.

Stephanie Blalock, the Digital Humanities Librarian and Associate Editor of the Whitman Archive, spoke to students about the publishing history of Whitman’s Leaves of Grass as well as his lesser-known foray into short fiction. A first edition of Leaves of Grass as well as a later signed anniversary edition of Whitman’s poetry were among the many items students viewed.

This photo album contains images of the American Women’s Army Auxiliary Corps (WAAC) at Fort Knox in 1943, and of one woman’s training period at Fort Des Moines. The WAAC was created in 1942 and converted to the Women’s Army Corps (WAC) the following year. The first contingent of 800 members of the WAAC began basic training at Fort Des Moines Provisional Army Officer Training School, Iowa. These were the first women, other than nurses, to serve with the Army. 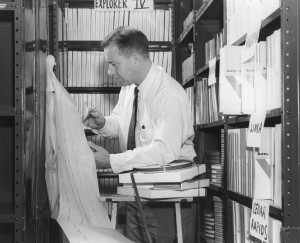 The UI Libraries has been awarded $200,000 from the Carver Trust to digitize the data tapes from the Explorer I satellite mission that led to the discovery of the Van Allen radiation belts. These tapes were recovered from the basement of Maclean Hall through the outstanding efforts of our Preservation Dept. in 2010-2011. During that time, tapes containing the original data from Explorer I, III, IV, and a few subsequent satellites, were cleaned and transferred to the Van Allen collection here in the University Archives. We will be using the funds from the Carver Trust to digitize the data from the Explorer I tapes and make it freely accessible online in its original raw format, to allow researchers or any interested parties to download the full data set. This resource will be complemented by an immersive online site containing material from the Van Allen archive that provides historical context and interpretation for the interested general public. This material includes scans of memos, planning documents, diagrams, correspondence, and diary entries, along with photographs, video, and audio items. The site will tell the story of James Van Allen’s work and the Explorer I mission in an interactive manner, and will also provide curriculum that will harness these unique historical and scientific resources to engage a new generation of students with the possibilities of scientific discovery.