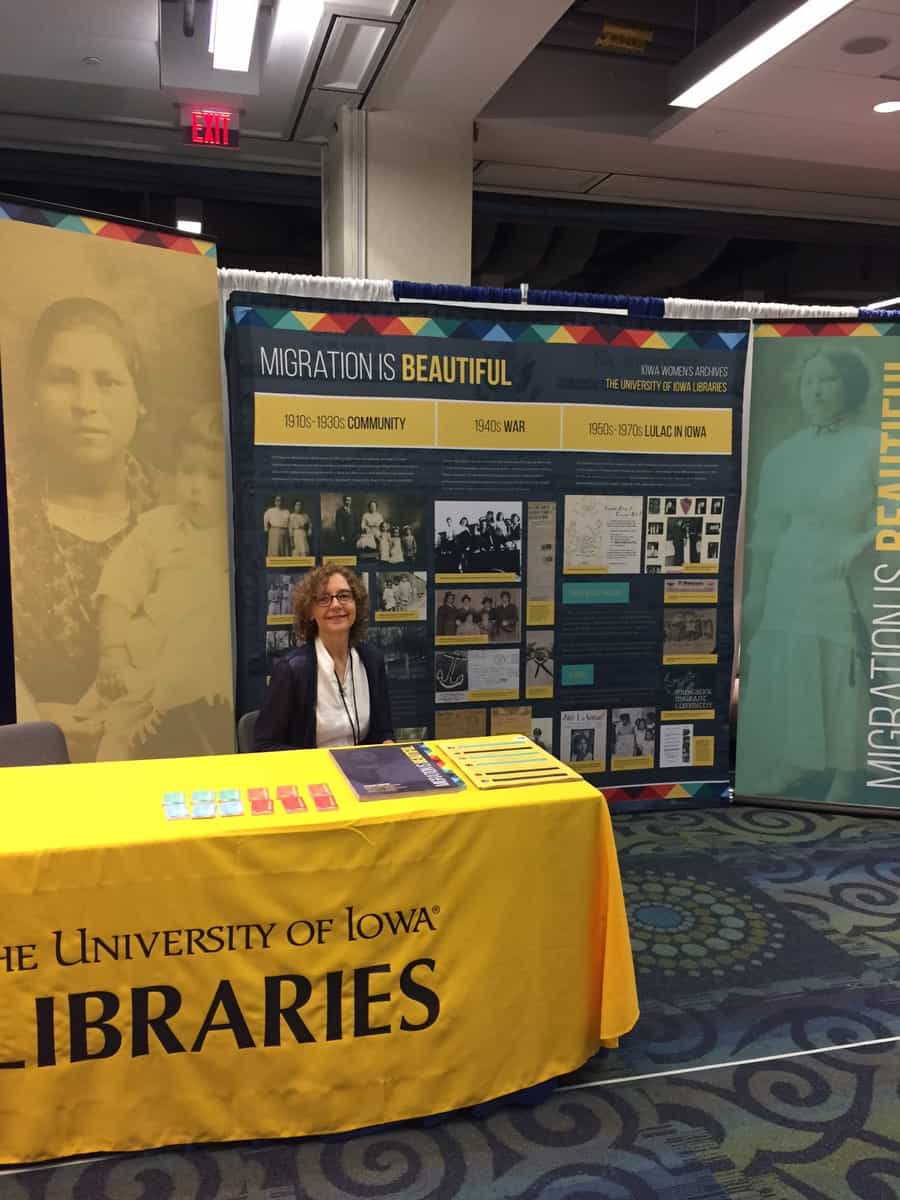 Migration is Beautiful Website Premieres at the 2016 National LULAC Convention 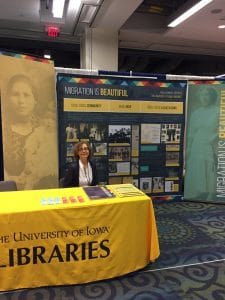 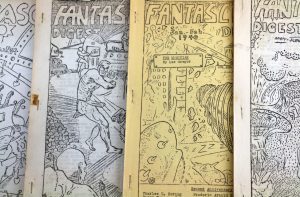 UPDATE: transcription of the Hevelin Fanzines has begun! This afternoon 1,000 pages of scanned zines were opened up to a select group of fans for transcription. This “soft launch” of the transcription phase will give us an idea of how quickly transcription will go, and reveal any unexpected challenges we have not foreseen. All of the zines were published between the years 1930-1950, and represent a variety of content, creators, and printing techniques. We are now one step closer to our final goal: a text-searchable database which will offer unprecedented access to this massive and fascinating collection. Onward! 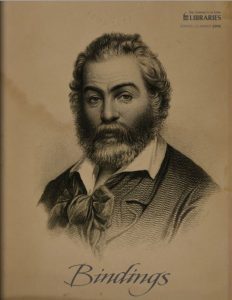 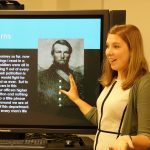 If you want to get the date and time you want, please book your sessions through our form: http://www.lib.uiowa.edu/forms/speccoll_class/.

We do not accept class requests sent to personal emails of special collections librarians.

Visiting Exhibition: Geographies: The Midwest Examined from The Midwest Guild of Book Workers 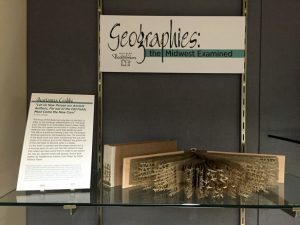 A Collection of Wood and Rocks

Our graduate student worker Ellen Wrede put together a curious collection of stones, wood, and oddities from the natural world found in Special Collections. 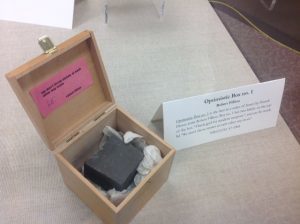 1960’s Online Exhibition from the University Archives is Now Online 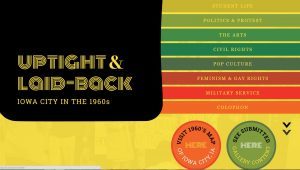 A new digital exhibition curated by University Archivist David McCartney is now online highlighting over 150 entries pulled from 30 different collections in the University of Iowa Archives such as “Sutdent Life, ” “Pop Culture,” ” Politics & Protest,” ” and “Civil Rights.” Video and audio clips from the time give a tour of the sights and sounds.

Last week we had a film crew visit from the Big Ten Network to make a one minute film about Special Collections outreach. As video producers it was an enormous opportunity to watch a major network’s team in action. We’ll post about the segment in the coming months when it is released. Stay tuned. 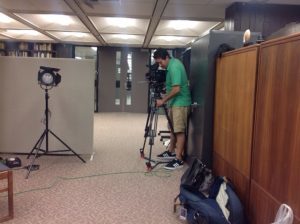