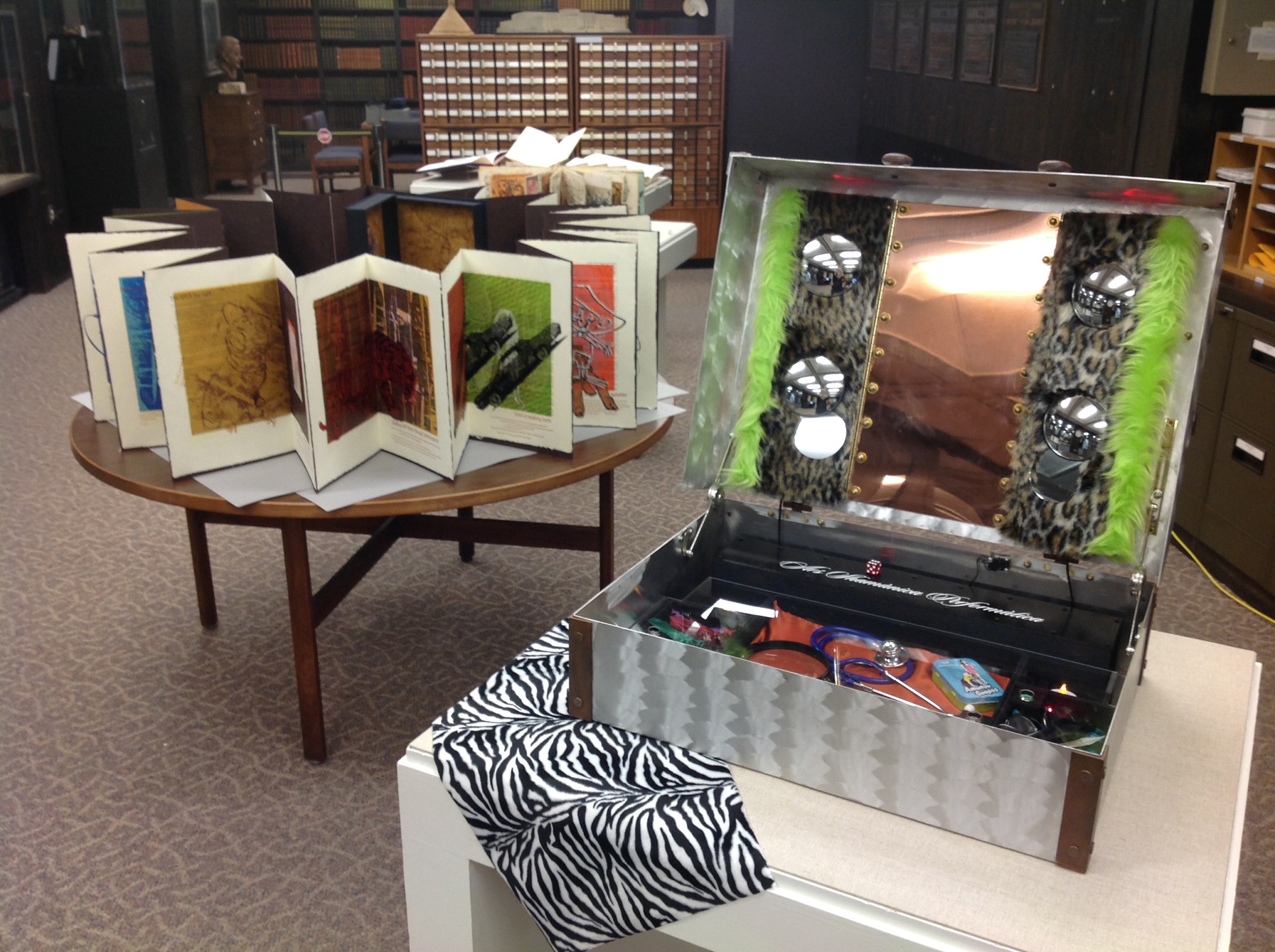 Rice performed “DOC/UNDOC: Collaboration and Metamorphosis,” followed by a conversation with Guillermo Gómez-Peña on March 31st.

Gómez-Peña is a performance artist whose live art, video, radio, photography, and writing have earned acclaim — and many awards, including a MacArthur Fellowship — over the past thirty years. He is the artistic director of the transnational performance collective La Pocha Nostra.

Rice’s design, printing, and publication work for her Moving Parts Press (Santa Cruz, CA) has been exhibited at major book fairs in New York and Frankfurt, and collected by the Whitney Museum, the Bodleian Library, and the Victoria and Albert Museum, among others. Rice is also an educator who teaches courses in letterpress printing, typography, printmaking, typography, and bookmaking at institutions ranging from UC-Santa Cruz to the Santa Cruz YWCA.

Together with their collaborators, Gómez-Peña and Rice have published artists’ books including DOC/UNDOC: Documentado/Undocumented, Ars Shamánica Performática (2014), a copy of which is held by UI’s Special Collections.

Doc/Undoc as well as selections of work from the Moving Parts Press on loan from Felicia Rice are on display in the third floor hallway gallery cases outside of Special Collections until May 20th, 2016.

Thanks to the UI Deparment of English, The Department of Theater Arts, The University of Iowa Center for the Book, The Obermann Center, Jennifer Buckley, Tim Barrett, Ellen Wrede, Giselle Simón, Candida Pagan, Heidi Bartlett and everyone from Special Collections who worked to make the event and exhibition possible. 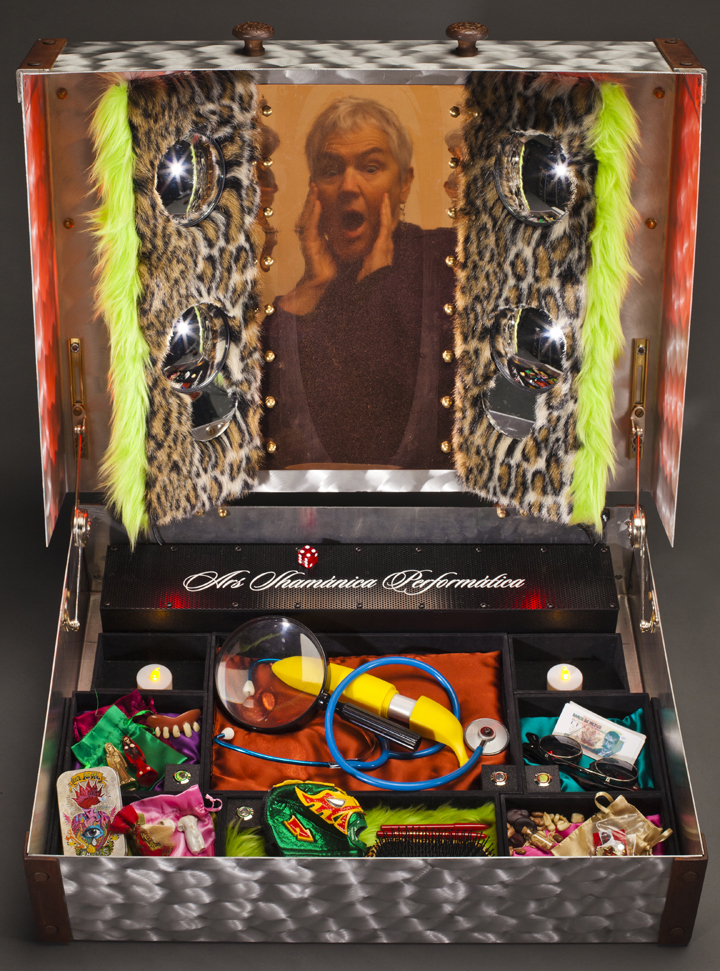 Two artists, Felicia Rica and Guillermo Gómez-Peña will be on campus next week as Ida Cordelia Beam Distinguished Visiting Professors, working with students and appearing in several public performances. As part of this event series, Rice will perform on March 30th at 5pm in the Special Collections Reading Room, performing with Doc/Undoc, an incredible multi-media artwork housed in Special Collections. The performance will be followed by a conversation with Guillermo Gómez-Peña, who collaborated on the work. This is a unique opportunity to hear from the artists as they interact with the work. Following the performance, Doc/Undoc will remain on display in Special Collections through the month of April along with other Moving Parts Press work on loan from Felicia Rice.

and appearance, racism and immigration, self and other.” —Jennifer A. González

DOC/UNDOC Documentado/Undocumented Ars Shamánica Performática is a limited edition artists’ book. The outcome of a seven-year collaboration, this edition of 65 books features Guillermo Gómez-Peña’s performance texts and Felicia Rice’s relief prints and typography, accompanied by Jennifer González’s critical commentary. Of these, a deluxe edition of 15 is housed in a hi-tech aluminum case containing a video by Gustavo Vazquez, an altar, and a cabinet of curiosities. Opening the case triggers light and Zachary Watkins’ interactive sound art. 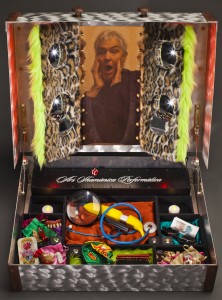 This series of short monologues traces Rice’s metamorphosis from book artist/printer to artist/performer. The performance begins with the publication of DOC/UNDOC and wends its way through a series of experiences and epiphanies that reach back to her early years. DOC/UNDOC’s subtitle, Documentado/Undocumented, points to a painful dichotomy: “documentado” in Spanish implies having access to cultural traditions and rituals that flourish in Mexico, whereas the term “undocumented” in the United States implies a lack of citizenship, power, rights and knowledge. The second subtitle, Ars

Shamánica Performática, speaks of the very personal, transformative experience offered by the book and case, an invitation to “Choose an object, find a poetic way of using it. Reimagine yourself, tell a new story.” In some way every immigrant must reinvent his or her self, just as every artist must cross into the unknown and return to tell the tale.