Special Collections announces a new and valuable addition to its growing collections of zines and of science fiction fandom-related materials: the Debbie Hoover Fanzine Collection.  Hoover is a longtime SF fan based in Salem, Oregon who has graciously donated her collection of fan fiction, which spans from the 1970s through the early 2000s.

Fan fiction has long been a popular method by which fans of a particular book, movie, or television series interact with the universes portrayed in those media in a creative way.  Fans frequently will write stories or poems, or create artwork, that chronicle new adventures in the lives of their favorite characters or shine new light on those characters’ inner lives.

Most of the Hoover Collection’s materials concern the first incarnation of the Star Trek television series (1966-1969). Other significant portions of the collection are based around the cult science fiction TV shows The Sentinel (1996-1999) and Stargate SG-1 (1997-2007). Media with smaller number of zines written about them include the Star Wars movie series (1977-2005), and the TV shows Kung Fu: The Legend Continues (1993-1997) and Starsky and Hutch (1975-1979). Even smaller numbers of zines involve other movies and television shows.

The Hoover Collection is an important source of information on the social phenomenon of science fiction fandom, which has achieved an important place in American popular culture in the 20th and 21st centuries. The media chronicled in the Hoover materials (as well as in the Libraries’ other fandom-related archival collections) have been significant in the lives and hearts of many people; the Hoover collection preserves the creative impact that these media have on their fans. – Jeremy Brett, Project Archivist

Below: This zine was produced in 1980, between the release of the first and second Star Wars films.  Star Wars fan fiction began production as early as the late 1970s, as soon as the Star Wars phenomenon exploded into popular culture. SW fiction is interesting as an example of the ways in which dedicated fans try on their own to explore what may only have been hinted at in the original product. Fans enthusiastically expanded on character backgrounds, plot back stories, and other aspects of the SW universe, many of which, of course, were “officially” negated after the release of the Star Wars prequel trilogy (1999-2005). 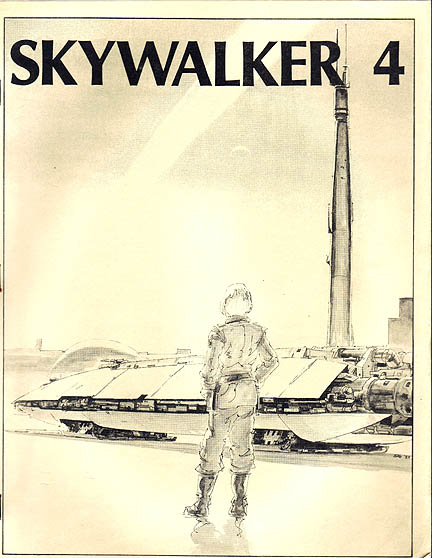