Special Collections has recently received a treasure trove of materials representing the full flower of the 20th century American amateur press movement. Elliott M. Ruben (1916-2009), a native of Long Island, New York, was active for his entire life in a number of amateur press associations (“apas”).  An apa is a group of amateur printers who produce homemade publications – leaflets, flyers, broadsides, zines, and all sorts of other materials – and submit copies of them to a Central Mailer, who collates and distributes the publications to all apa members. An apa may concern itself with one subject of interest, or may generalize to take in many or all products of the amateur press. Apas, which first arose in the mid 19th-century as private presses became cheaper and more readily available, are an important precursor to the World Wide Web as a method of facilitating communication between widely distributed groups of people interested in the same topics.

Ruben’s collection of materials encompasses the activities of several national apas (which together would comprise many hundreds of amateur printers and their work), and stretches from the early 1930s to the beginning of the 2000s. The Elliott M. Ruben Amateur Press Association Collection is a major source of information on the apa movement, and a wonderful showcase of the range of talents exhibited by America’s amateur printers. – Jeremy Brett, Project Archivist 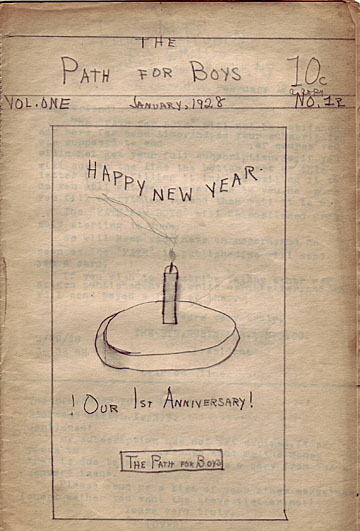 Ruben’s own January 1928 creation showing an early interest in printing and design. 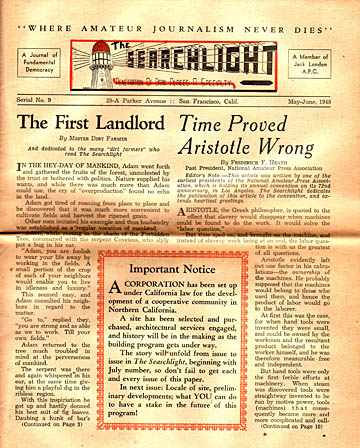 From the AAPA May 1948 Bundle. “The Searchlight” is a leftist journal from the Jack London Amateur Press Club, that demonstrates the activism of many amateur printers. 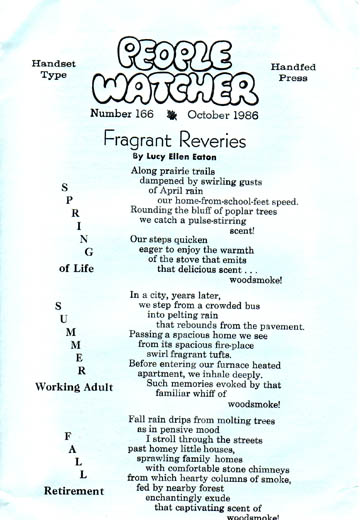 The “People Watcher,” October 1986, from NAPA. Printed by Lauren Geringer, of Iowa City, whose papers are also held in Special Collections.