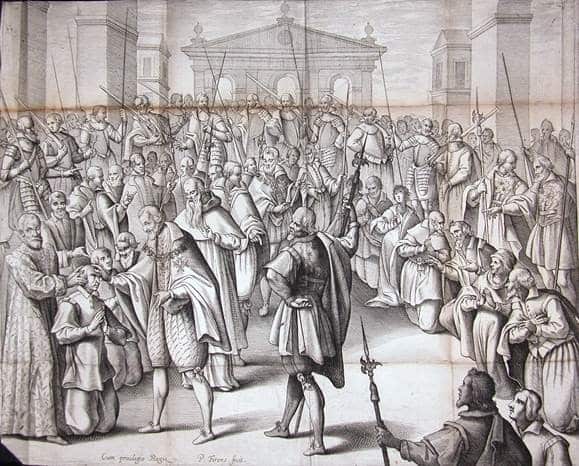 Du Laurens taught at Montpellier until 1598 when he was called to Paris as court physician. In this position he eventually became personal physician to Marie de Medici and King Henry IV.

During the Middle Ages, tuberculosis of the lymph glands of the neck was very common and was known variously as scrofula, struma, and the “King’s Evil.” For centuries it was believed that the “royal touch” could cure this disease and many English and French monarchs were in the habit of touching their afflicted subjects during major religious holidays.

Du Laurens was a firm believer in the effectiveness of the “royal touch” and, in this work, reports that King Henry IV often touched and healed as many as 1,500 individuals at a time.

The University of Iowa copy has an interesting provenance and can be traced back to original owner Jean Auguste de Thou, who died in 1617.